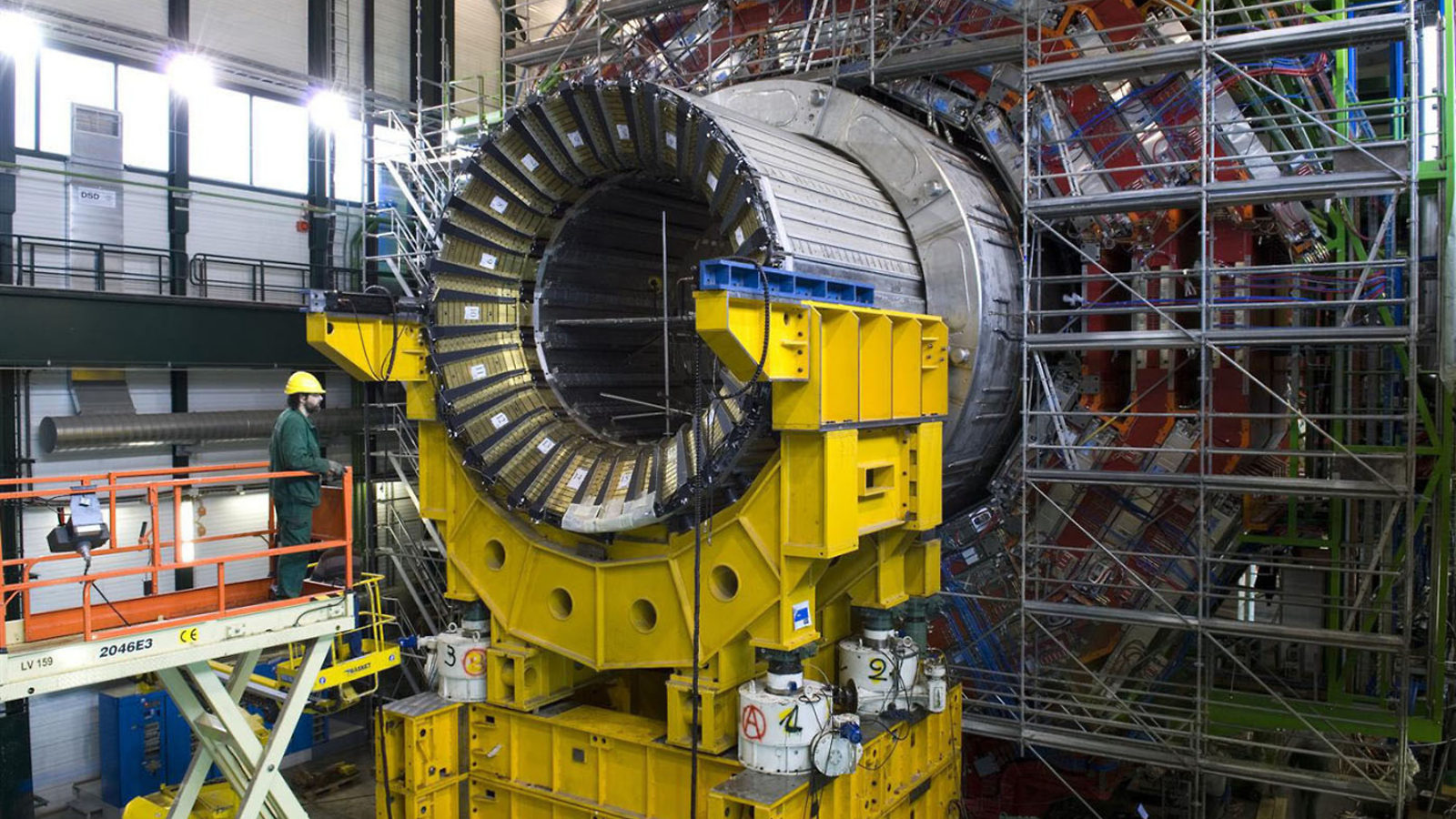 The previous article in this series introduced tracking, a technique that allows physicists to see the trajectories of individual particles. The biggest limitation of tracking is that only charged particles ionize the medium that forms clouds, bubbles, discharges or digital signals. Neutral particles are invisible to any form of tracking.

Calorimetry, which now complements tracking in most particle physics experiments, takes advantage of a curious effect that was first observed in cloud chambers in the 1930s. Occasionally, a single high-energy particle seemed to split into dozens of low-energy particles. These inexplicable events were called “bursts,” “explosions” or “die Stöße.” Physicists initially thought they could only be explained by a radical revision of the prevailing quantum theory.

As it turns out, these events are due to two well-understood processes, iterated ad nauseam. Electrons and positrons recoil from atoms of matter to produce photons, and photons in matter split to form electron-positron pairs. Each of these steps doubles the total number of particles, turning a single high-energy particle into many low-energy particles.

Not all calorimeters are made in the laboratory. Neutrinos produce electrons in water or ice, which cascade into showers of electrons, positrons and photons. The IceCube experiment uses a cubic kilometer of Antarctic ice to observe neutrinos a hundred times more energetic than the beams in the Large Hadron Collider. Cosmic rays form showers in the Earth's atmosphere, producing about 4 watts of ultraviolet light and billions of particles. The Pierre Auger Observatory uses sky-facing cameras and 3000 square kilometers of ground-based detectors to capture both and has measured particles that are a million times more energetic than the LHC's beams.