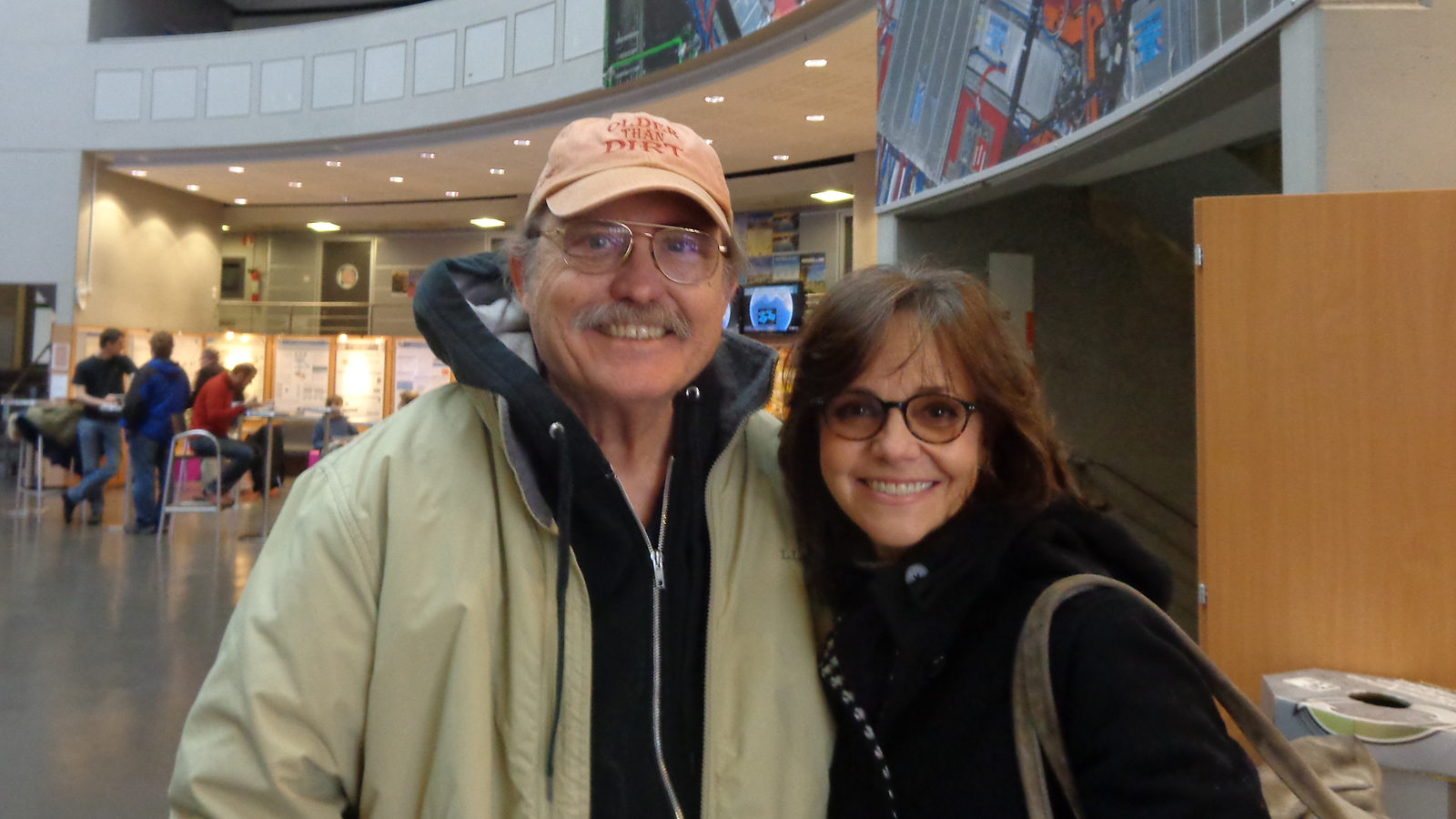 In 1951, young Rick and Sally Field watched their mother star in Hollywood’s first science fiction film, “The Man from Planet X.” The film inspired Sally to follow in her mother’s footsteps and become an actress, but Rick was moved by the heroic efforts of the protagonist and decided he’d rather become a scientist.

Today, Rick Field is a physicist at the University of Florida and part of the CMS collaboration at the Large Hadron Collider. Sally is an actress, producer, director and screenwriter who has won two Academy Awards, three Emmys, two Golden Globes and the Screen Actors Guild Award for Best Actress.

Though they lead very different lives, they maintain a close sibling bond. In December 2012, Rick invited Sally to visit him at CERN—a visit that she recently discussed on the Late Show with David Letterman in April.

In this Q&A, Rick Field talks about the Late Show segment, his relationship with his sister and their divergent career paths.

What did you think of your sister’s interview on the Late Show?

I thought she was great! She was very fun and showed a lot of pride and enthusiasm for her big brother’s work. Some of the things she said weren’t quite accurate, like “CMS is miles and miles underground.” [The Large Hadron Collider, not the CMS detector, is 17 miles in circumference.] But it turned out to be very funny, and she showed such a passion and “wow” for what we are doing. We never tried to train her about what to say either. Whatever she said is what she picked up while she was here.

What was the purpose of your sister’s visit to CERN?

I regularly invite Sally to come visit me, and this is the first time we were able to meet up at CERN. We did not want to make it a big media event, just a way for her to meet my friends here and find out more about what I do. Everyone very much enjoyed meeting and talking with Sally, and she enjoyed talking with them. Sally is very curious about our research, and my colleagues here were curious about her life. It was a great experience.

How would you describe what you do in just a few sentences?

For most of my career I have worked on theoretical elementary particle physics. I spent eight years working with Richard Feynman at Caltech, but in 2000 I joined the CDF experimental collaboration at Fermilab and shortly after that I joined the CMS experimental collaboration at the LHC. I work on the theoretical models we use to simulate what happens when two protons collide. Our goal is to understand how things work. How everything works. How the universe works.

Why do you think one of you became a physicist and one became an actor?

Sally could have very easily become a scientist, but she always liked acting, even from when we were very little. Sally and I would play together, and she loved to play pretend games as different characters. When I see her on screen, I see the same characters she played when we were little.

We grew up in Hollywood because our mother was an actress, and it was expected that we would follow in her footsteps. But I never wanted to become an actor. Many people thought I would become a stunt man when I was younger because I was very athletic, but I did not like living in Hollywood. Hollywood is too subjective, and I wanted an environment where knowledge is based on evidence and calculations.

When I was eighteen, I ended up getting an athletic scholarship as a gymnast at the University of California, Berkeley, and that is how I got to college and escaped Hollywood. I never went back to Hollywood except to visit Sally.

Are the jobs you and your sister chose similar in some way?

They are similar in that, if you want to be successful, you have to have dedication and focus. I can focus on a computer screen for hours and hours creating plots. And Sally can focus on her acting. Sally and I are also both extremely motivated and professional, which is required for both careers. We set very high goals for ourselves, and we work very hard to reach them.