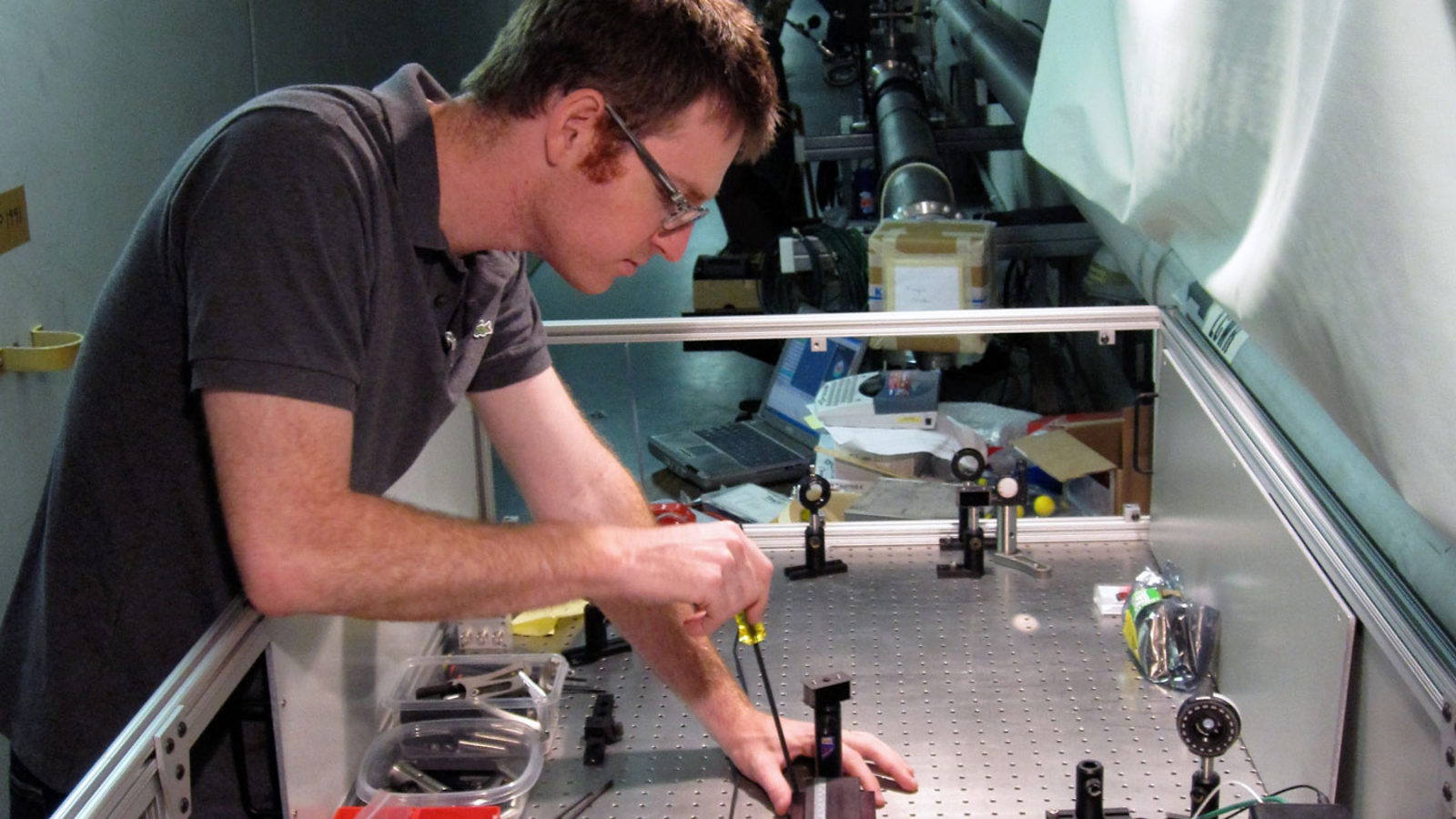 It was after 4 a.m. when Sam Waldman finally drove home from work on Easter Sunday. The particle physicist turned aerospace engineer had just witnessed via satellite feed the Dragon spacecraft dock with the International Space Station, an achievement that he helped to make possible.

“It felt pretty good,” Waldman says. “By the time it is actually flying, it is a culmination of a lot of work.”

Waldman works for SpaceX, a private space transport services company founded by Tesla Motors CEO Elon Musk. Waldman was responsible for building specialized sensors for the Dragon shuttle, which in 2012 earned the distinction of being the first commercial spacecraft to deliver cargo to the International Space Station and safely return cargo to Earth.

Waldman says he didn’t feel too anxious waiting to see if the sensors would lead to a successful docking during this most recent flight: “You don’t put it on the vehicle if you don’t know it is going to work.”

Waldman applied for a job at SpaceX in 2012, after he and his wife, also a scientist, both decided to search for employment in the same geographic area. He found he was well suited for the small, private spaceflight company, which had a similar environment to academia and required good problem-solving skills, broad-based knowledge and experience in building things.

“Physics training is the best in the world,” Waldman says. “It gives you the tools to do more things than any other discipline.”

Waldman received his PhD in applied physics in 2005. During a post-doctoral appointment at Caltech and later as an employee of MIT, he worked on the Laser Interferometer Gravitational-Wave Observatory, or LIGO, a facility dedicated to the detection and measurement of cosmic gravitational waves. He was involved in building and commissioning LIGO and then built and designed several of the systems for the detector’s upgrade.

While working for LIGO, Waldman also became involved in the Holometer, an experiment at Fermilab that will use laser inferometer technology to directly measure whether our reality is an illusion.

“Sam would try anything and make stuff work,” says Craig Hogan, the director of Fermilab’s Center for Particle Astrophysics and a University of Chicago professor. “A lot of design decisions on the Holometer were made by Sam. It was a very minimalist experiment, and he was responsible for a lot of that.”

Hogan described the young researcher as fearless, resourceful and great to have a beer with.

“He became a legend among the graduate students,” Hogan said. “He was incredibly versatile, good at problem solving and challenged the students.”

Taking the job at SpaceX meant turning down a faculty position at the University of Chicago. But Waldman says that, regardless of where he works, his motivation is always to make a positive impact on the world. Physics allowed him to extend humanity’s knowledge of nature and the universe. His work at SpaceX, he believes, will help lower the cost of access to space.

Waldman says one of the most interesting days of his career came just after he joined SpaceX. The company was preparing to launch its first rocket in nearly two years. At liftoff, the 1500 people who had worked on it were standing outside mission control.

“When the second stage lit its engines, it was like your favorite team was winning the World Series,” he says. “But you’re on the team. It was pretty awesome.”