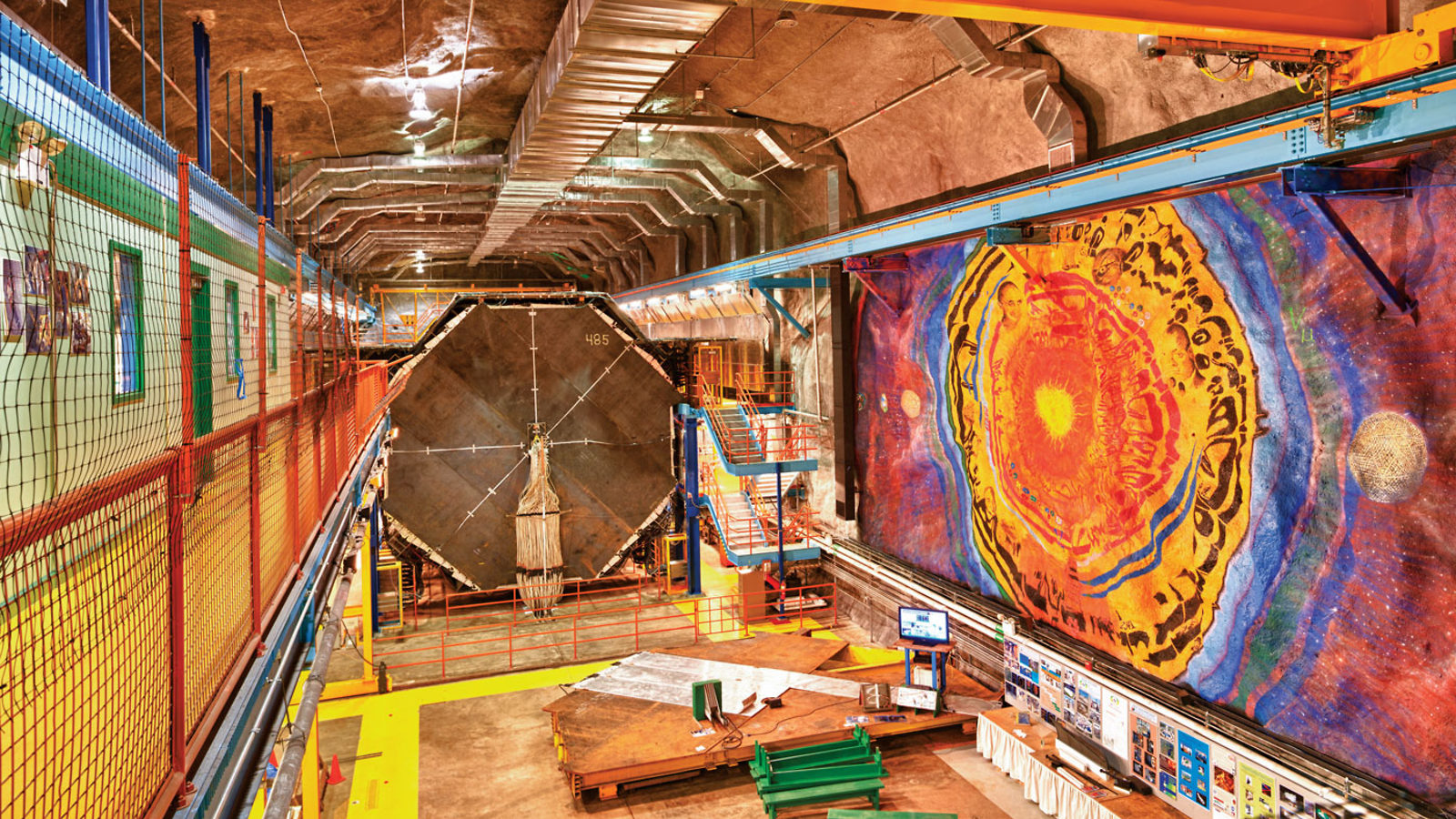 Physicist Ruth Toner sits facing five computer screens and a TV monitor in a room in Medford, Massachusetts. She’s watching an experiment in action: Tiny particles fly through a pair of detectors hundreds of miles away, one at a laboratory in Illinois and the other in a former iron ore mine near the Canadian border of Minnesota.

“Nothing’s turned red yet, so it’s going okay,” Toner says as she glances at the largest screen, which glows green.

Toner, a postdoc at Harvard University, has been taking shifts here in the new control room at Tufts University since January 20, when she was the first to try it out independently. The room allows particle physicists at the two Boston-area schools to observe detectors of the Main Injector Neutrino Oscillation Search, or MINOS, experiment at Fermilab in Illinois and in Soudan Underground Laboratory in Minnesota. The MINOS experiment is on its second iteration, called MINOS+ (pronounced Mee-nohs-plus).

The experiment studies a beam of neutrinos produced at Fermilab and propelled toward the detectors. Neutrinos interact so rarely with other matter that they are able to travel straight through the earth.

Posters from previous experiments hang on the control room wall, along with images overlaid with mnemonic devices for the MINOS+ detectors’ component names. There’s also a webcam that connects the room to the distant detectors. It’s switched off, but as Toner watches the other screens display data, she discusses what she sees with a coordinator onsite at Fermilab through the MINOS+ electronic logbook.

“Fermilab neutrino experiments are bringing far-flung people together to do some really exciting science,” Toner says. “Neutrino physics is a very fast-moving field right now, with the potential for some really interesting future discoveries.”

Scientists on the MINOS+ experiment aim to learn more about how the perplexing particles oscillate, or change form, and also hunt for new particles such as sterile neutrinos.

The Boston-area researchers learned how to construct and run the control room from physicists at the University of Rochester, who set up a similar remote operations center for another Fermilab neutrino experiment called MINERνA. Academic institutions in the United States and abroad, including The College of William and Mary and the University of Warsaw, have developed similar centers.

Patricia Vahle, a physics professor at The College of William and Mary, sees a local control room as a tool with trade-offs.

“A remote control room definitely saves money, removes travel hassles and also creates a simpler way to expose students to particle physics research,” she says. “But you do lose something. Coming to Fermilab for shifts gives you a chance to connect face-to-face with your colleagues.”

The Tufts crew has been involved with MINOS since the project was first proposed in the mid-1990s. Tony Mann, a physics professor at Tufts University and co-leader of MINOS+, manages a group currently working on three Fermilab neutrino experiments: MINOS+, MINERνA and the latest addition, NOνA.

“There’s no way we could participate in all three experiments without local control room capabilities,” Mann says. “I think remote control rooms are a positive development for the particle physics community.”

Just before 7:30 on a bitter-cold morning in northern Minnesota, engineer Jim Beaty begins the last leg of his daily commute. He steps into a dark brown metal box with five coworkers.