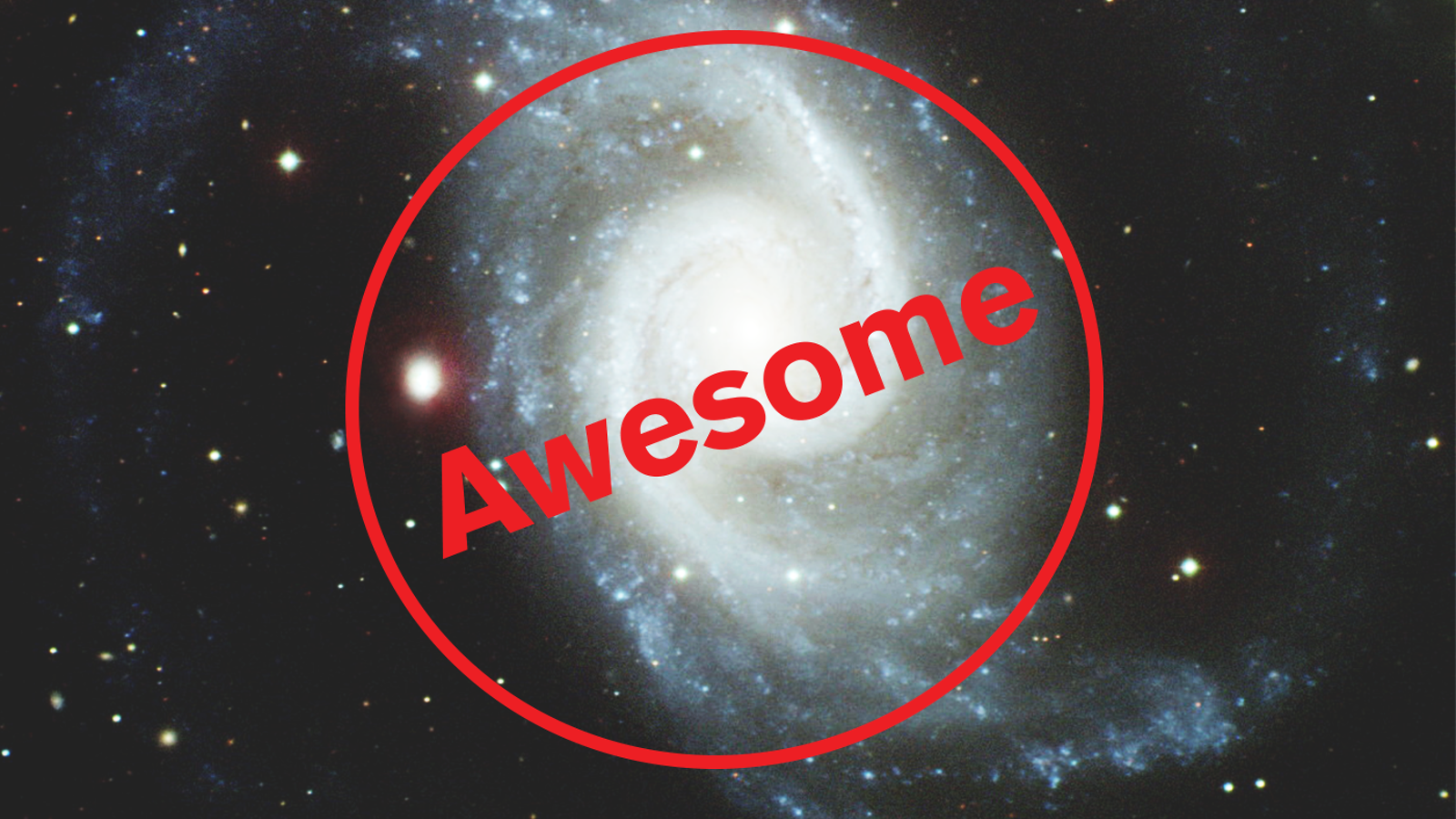 Physicists working on the Dark Energy Survey can expect to pull many an all-nighter. The international collaboration of more than 120 scientists aims to take about 100,000 photographs peering deep into the night sky. Scientists must personally review many of these photos to make sure the experiment is working well, and they’ve come up with ways to stay motivated while doing so.

DES scientists collected almost 14,000 photographs from August 2013 to February 2014, in the first of five seasons they plan to operate their sophisticated Dark Energy Camera. Even for those of us who aren’t trying to take the most detailed survey of the universe, it might not come as a surprise that complications can occur during operation. For example, the telescope may not always sync up with the natural movement of the night sky, and passing airplanes can create trails in the images. Software bugs can also cause issues.

Two of the DES researchers, Erin Sheldon of Brookhaven National Laboratory and Peter Melchior of The Ohio State University, created the DES Exposure Checker, an online gallery of images from the telescope. Team members use the photo repository as a way to spot imperfections and other issues with the images so they can fix problems as quickly as possible.

“These problems are easier for an actual person to see rather than some automated program,” Sheldon says. “And then we can create an inventory to help diagnose troubles that may occur with future images.”

When reviewing photos, DES scientists flag the ones that show symptoms of different problems, such as long streaks from satellites; unwanted reflections, called ghosts; or marks left by cosmic rays. But the process can get overwhelming with thousands of photos to look over. So the DES researchers decided to add a positive classification to the mix—an “Awesome!” category. When someone sees an incredible photo, they can mark it as such in the database.

Sheldon points out one of his favorite images, one that captured a passing comet. “It was just so serendipitous. We couldn’t find that if we pointed the telescope in the same place at any other time,” he says.

Steve Kent, Fermilab scientist and head of the experimental astrophysics group, says one of his favorite images from the survey shows a dying star. In the color photo, a bright blue oxygen haze surrounds the hot remnant of what was formerly a giant red star.

A second way to encourage team members classifying images is the leader board posted on the DES Exposure Checker website, honoring individuals who have categorized the most photos. Researchers compete to see their names at the top.

But more than friendly competition drives the DES team to categorize images. They’re also seeking answers to questions about the past and future of our universe such as: Has the density of dark energy changed over time? Why is the expansion of the universe speeding up?

“For me, it’s a mystery,” Sheldon says. “I have this question, and I have to find out the answer.”