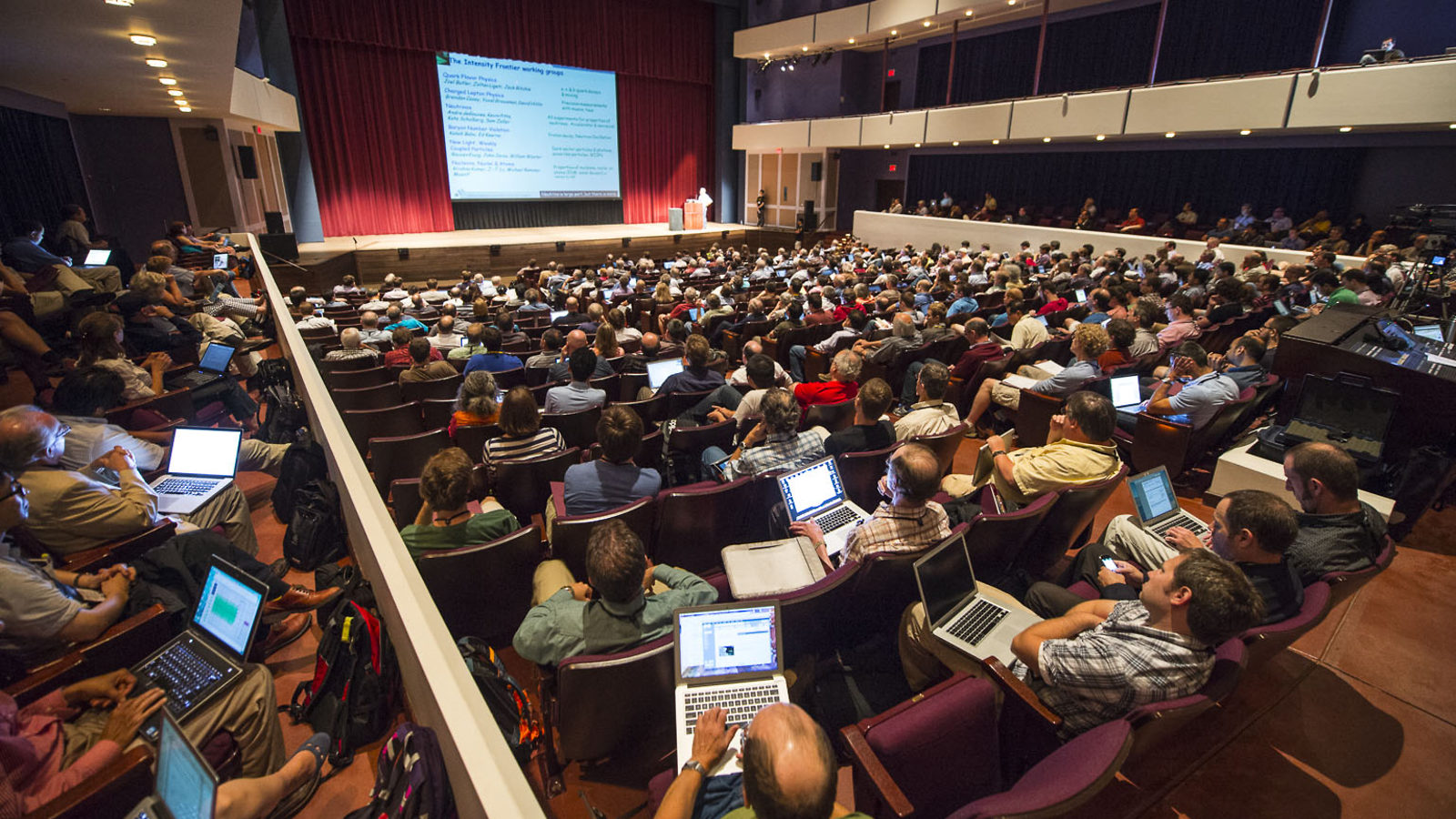 This week marks the end of a multi-stage community planning process that will shape the coming decades of particle physics in the United States.

On Thursday, the Particle Physics Project Prioritization Panel, or P5, will present its report—which provides the strategic plan for the next 10 years in the context of a 20-year global vision for the field—to the High Energy Physics Advisory Panel. HEPAP advises the Department of Energy’s Office of Science and the National Science Foundation's Directorate of Mathematical and Physical Sciences.

The plan will have major implications for the future of US research into the Higgs boson, neutrinos, dark matter, dark energy and inflation, and as yet undiscovered particles, interactions and physical principles.

Most notably, physicists organized a yearlong community planning exercise called “Snowmass,” which culminated in a nine-day workshop (pictured above) in July and August 2013. Physicists put together a several-thousand-page report detailing the questions, challenges and ideas discussed in the areas of experiment, instrumentation, computing, education and outreach, and theory.

Building on this community effort, the 25-member P5 panel is tasked with developing strategic advice for the funding agencies and has continued extensive community interactions while working to shape the best paths forward under three possible budget scenarios. The panel is made up of 20 members from universities and laboratories across the United States plus five members from Canada, Europe and Japan.

The High Energy Physics Advisory Panel will, upon accepting the report, submit it to the Department of Energy and the National Science Foundation.

Information about the meeting and how to join via webcast are available on the HEPAP website.