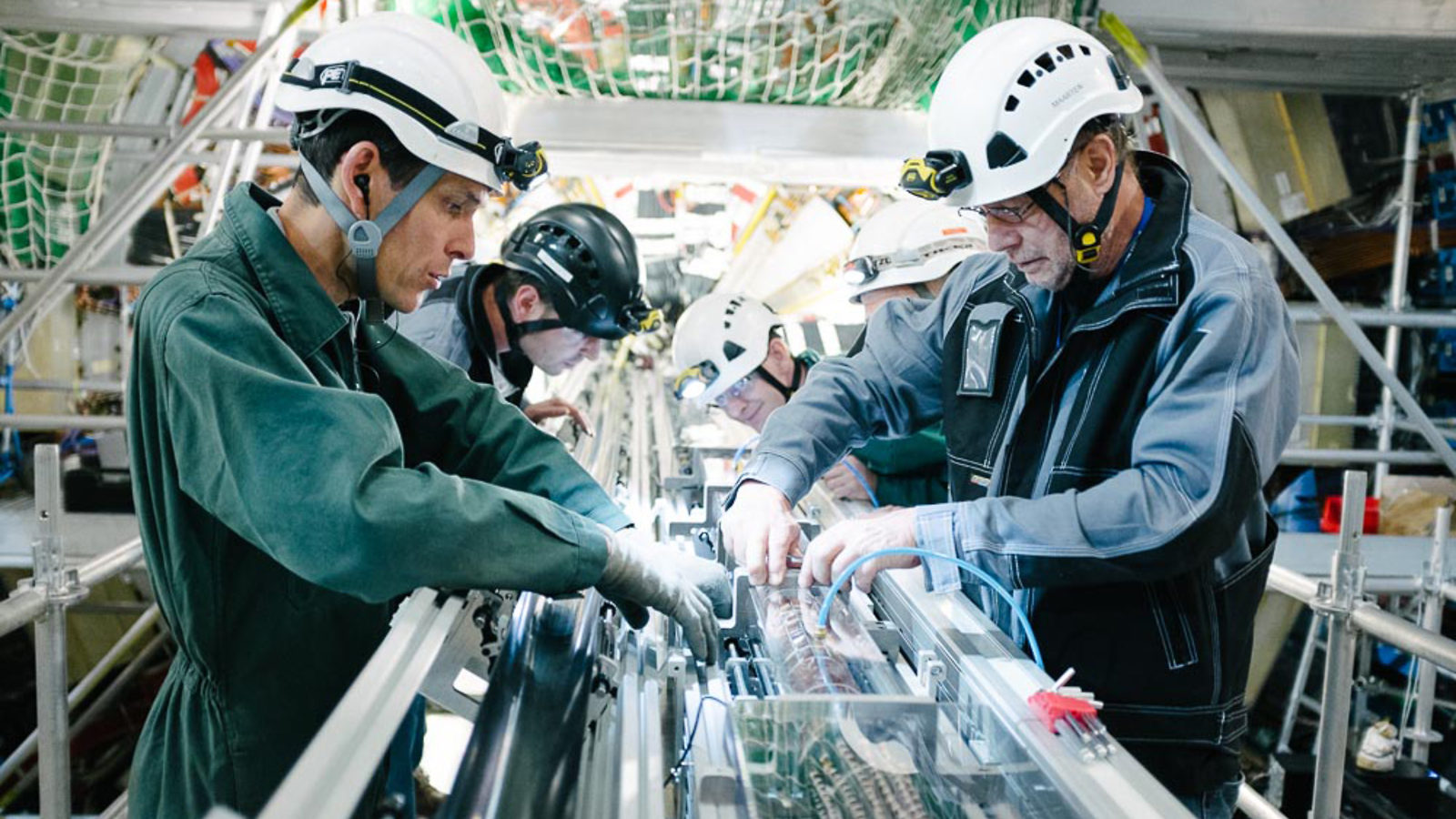 The Large Hadron Collider’s biggest detector, the ATLAS detector, just got a little bigger. Scientists and engineers have installed a new component into its heart.

The new component, called the Insertable b-Layer, or IBL, will be the first point of detection for new particles produced during high-energy collisions inside the detector.

The IBL is a radiation-resistant addition to the pixel detector, which consists of a series of barrels of sensitive silicon chips. The chips, combined with their supporting infrastructure, record the energy deposits of particles bursting from collisions and allow scientists to decipher their identities and momenta.

“The pixel detector is really like a camera,” says Karolos Potamianos, a postdoc at Lawrence Berkeley National Laboratory. “It allows us to create pictures of what is occurring inside our detector immediately after the collisions.”

But whereas an average digital camera consists of one silicon detector, the ATLAS pixel detector contains over 1700. The IBL will increase the resolution of the ATLAs pixel detector even further.

“The size of the pixels in the IBL are smaller than the pixels in the other parts of the pixel detector,” says Michael Kagan, a postdoc at SLAC National Accelerator Laboratory. “It will give us very precise measurements of the momentum and trajectories of the particles produced during the collisions. As we move to the next energy, there will be more and more particles produced, and the IBL will help us pick out the interesting particles we want to study.”

The IBL will be especially important for identifying heavy particles, such as bottom quarks, which are produced during decays of short-lived particles such as the Higgs boson, says Lynn Marx, a postdoc at the University of Washington, Seattle.

“We need the IBL in order to help us identify these bottom quarks so we can continue to study the Higgs boson as well as search for new and interesting phenomena,” Marx says.

Scientists, technicians and engineers from 11 US universities and two national laboratories contributed to this project, funded by a grant from the National Science Foundation and support from the US Department of Energy.

They are excited to have reached this point in the process, Kagan says.

“Knowing the IBL is installed inside the ATLAS detector is an incredible feeling,” Kagan says. “Being able to see all the equipment go from the production site, through testing and mounting on the beam pipe, and now to be nearly ready for the next round data taking is truly amazing.”