The COUPP-60 dark-matter experiment begins recording the trails of bubbles that passing particles form in its detector. 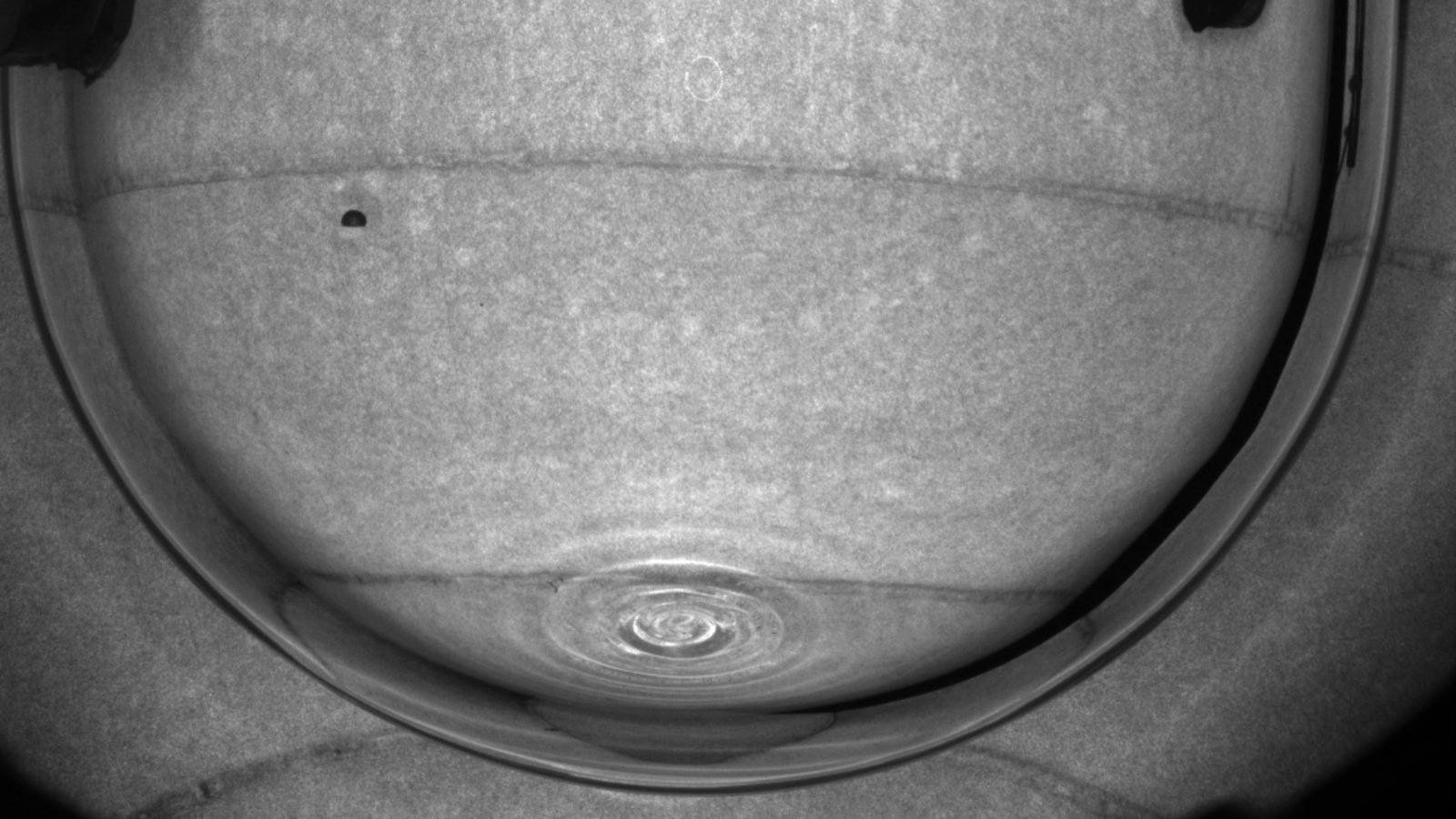 Pop pop pop! The sound of bubbles bursting Wednesday morning signaled that a new dark-matter detector is up and running.

In this photo, the first bubble observed in the COUPP-60 experiment appears as a dark semi-circle.

Dark-matter particles, which scientists think rarely interact with other matter, should form individual bubbles in the COUPP-60 tank, while regular-matter particles such as neutrons interact with atoms in the liquid much more often and should leave a trail of multiple bubbles as they pass through.

Placing the detector so far underground shields it from most of the regular-matter particles that constantly bombard Earth from space. Dark matter, in contrast, is thought to travel through earth and rock undeterred. In addition, researchers submerged the experiment in 7000 gallons of water, which further weeds out neutrons and other “normal” matter.

“The events are so rare, we’re looking for a couple of events per year,” Fermilab postdoc Hugh Lippincott said in a laboratory press release.

Lippincott and his colleagues will continue running the detector and analyze the bubbles to determine if any of them were caused by dark-matter particles. 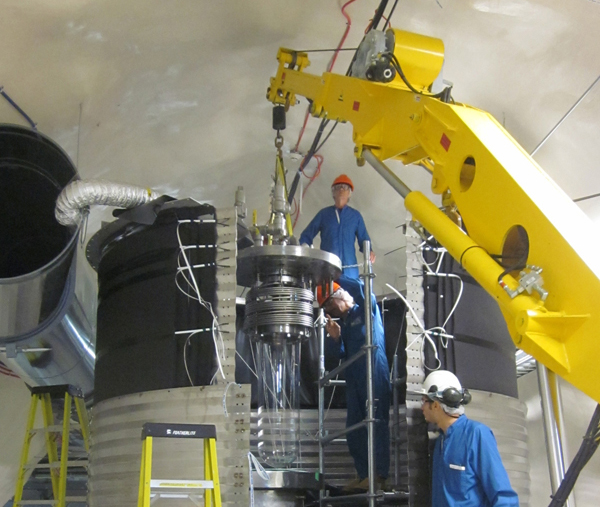 COUPP-60 in the SNOLAB underground science laboratory, just before the detector was filled with liquid and began taking data.

Fermilab
Like what you see? Sign up for a free subscription to symmetry!
Follow
Use your browser’s print dialog box to create a pdf.
Latest news articles
CERN