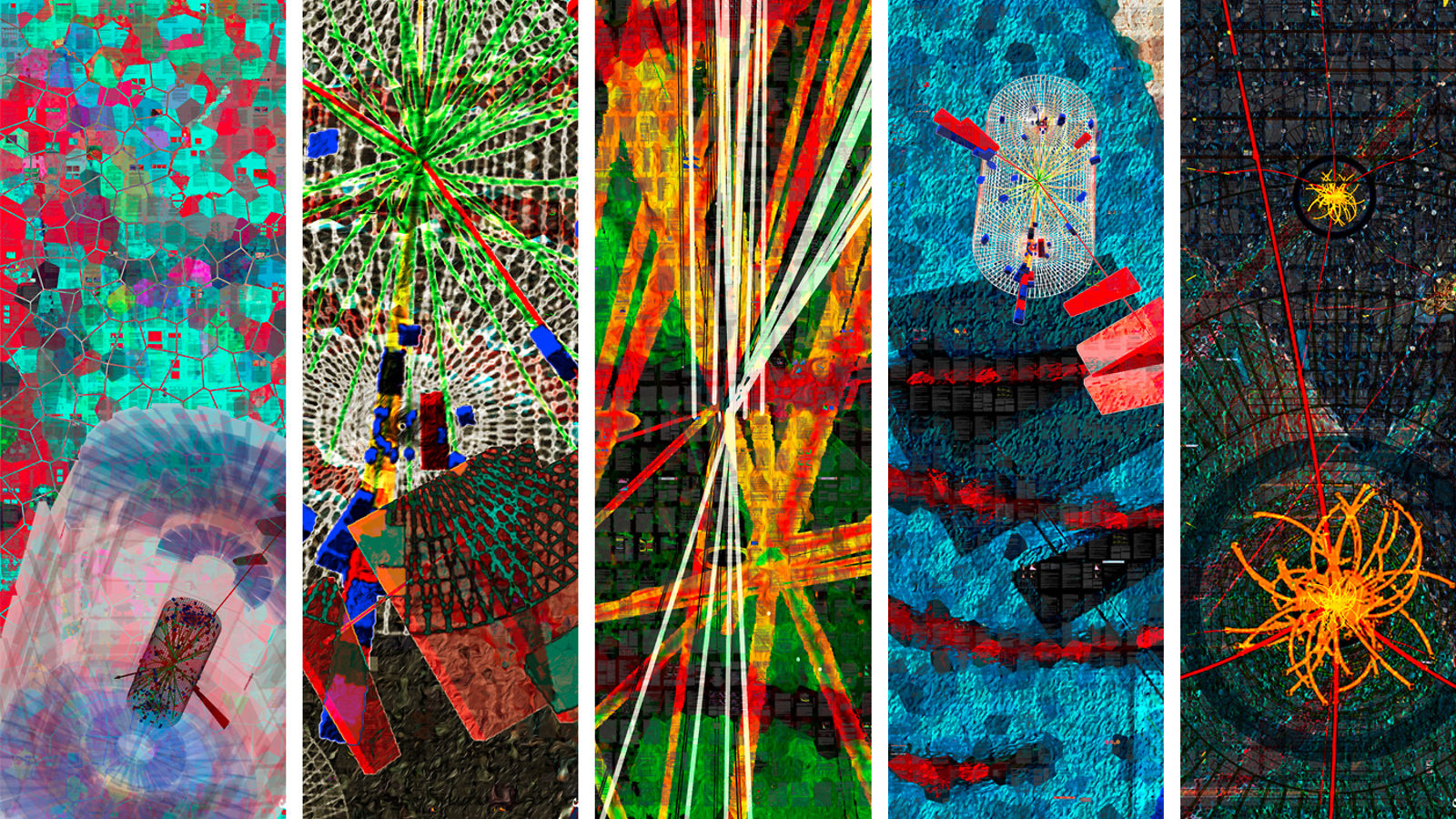 There’s a new splash of color at Point Five, the home of CMS detector on the Large Hadron Collider. Five vivid banners drape the gray walls of the complex, lending the warehouse a cathedral-like atmosphere. Arranged in a line, they pull the viewer’s gaze from panel to panel to land on a true-to-scale photo of the detector itself, magnificently displayed on the back wall.

Art and science are both professions that move humanity forward, says the artist, Xavier Cortada from Florida International University of Architecture. He dreamed up the banner design with help from CMS physicist Pete Markowitz. 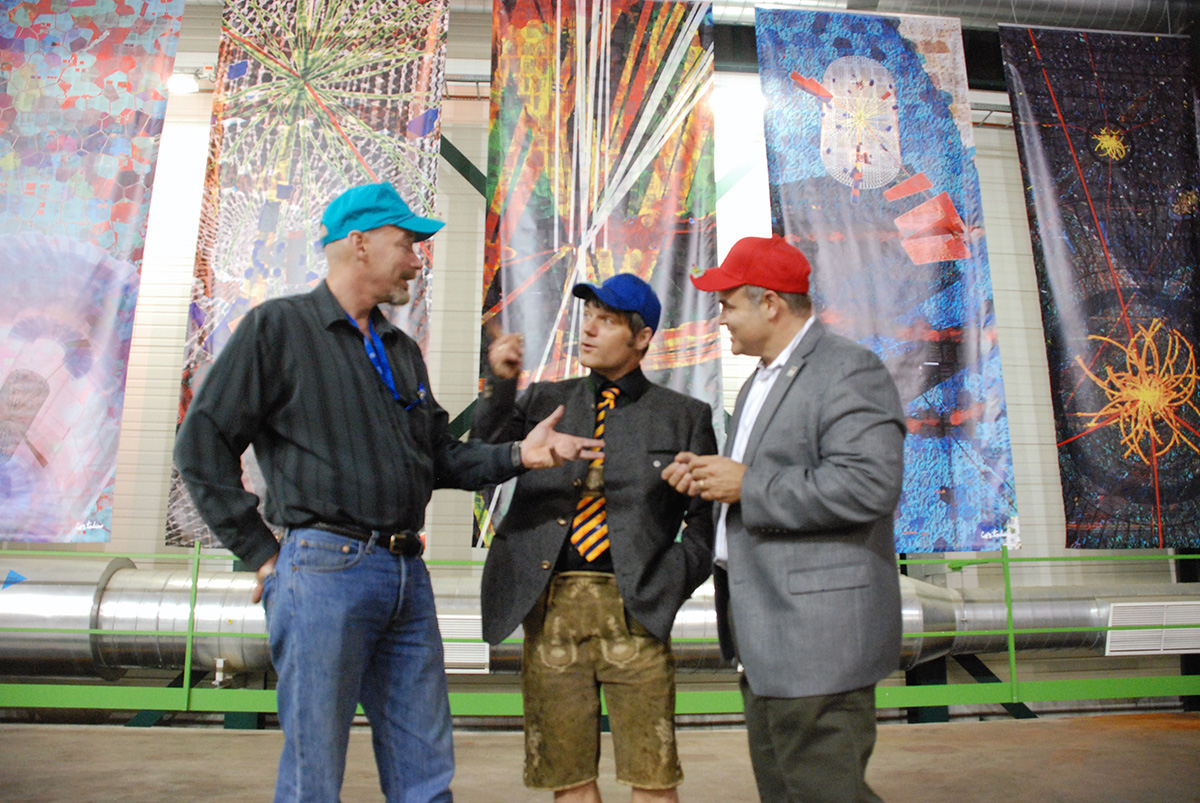 “Banners, like flags, mark important events like discoveries of new lands, power and achievement,” says Cortada. “I wanted to include the emblem of [the experiment’s] achievements—the event display.”

Incorporating selected pages from every article published by CMS, the banners pay homage to collaboration’s more than 4000 scientists and focus on what Cortada considers to be the CMS experiment's dual legacy: building upon the work of those who came before and inspiring the generations to follow.

Xavier Cortada
Follow
Use your browser’s print dialog box to create a pdf.