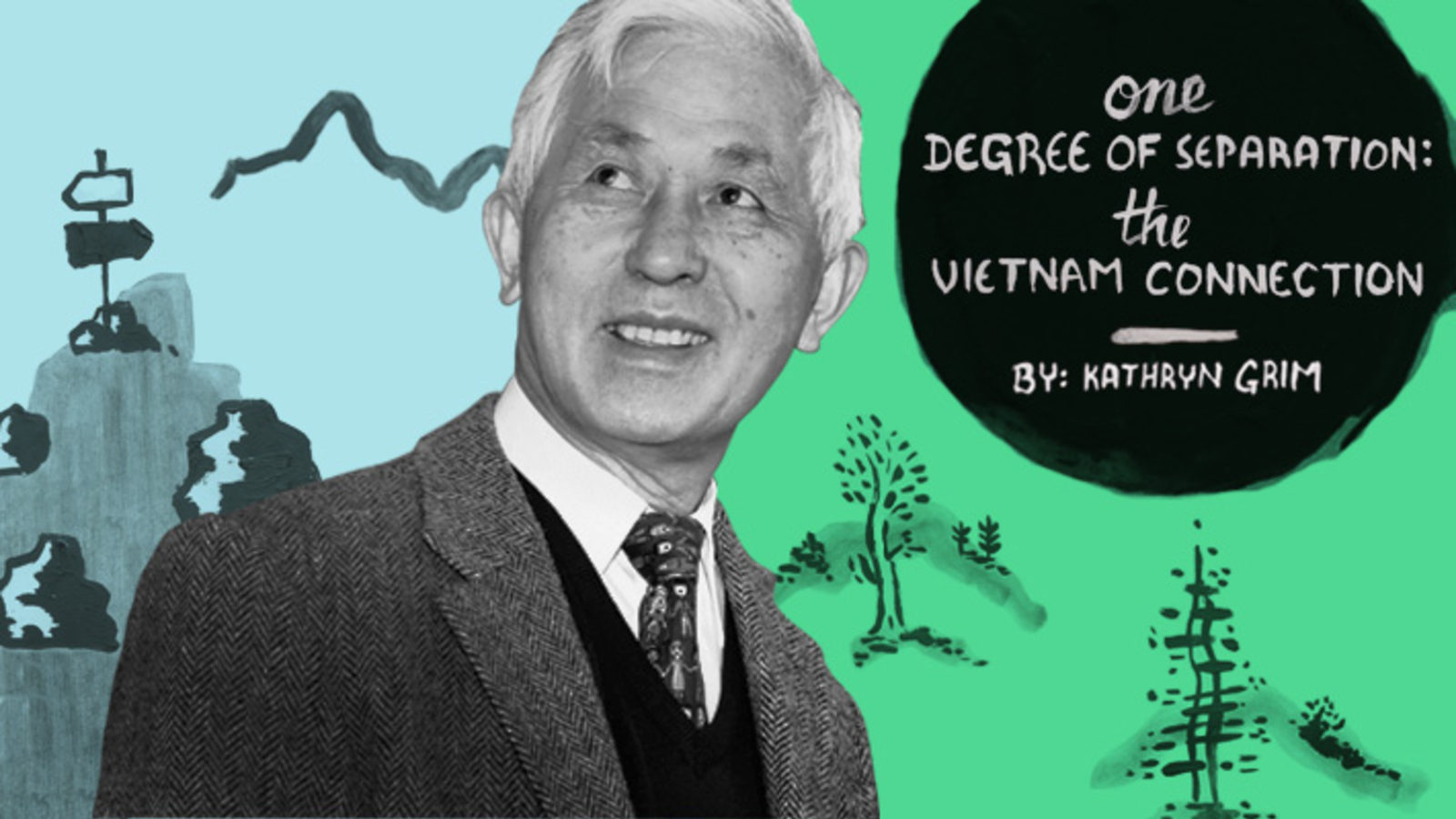 Physicist Jean Tran Thanh Van, creator of one of the most prestigious particle physics conferences, is the king of connections. His humanitarian efforts, combined with his vision of a cohesive international particle physics community, have now led him back to his home country of Vietnam.

Particle physicists separate each year into two parts: the months spent preparing for the summer conferences and the months spent preparing for the winter ones. For some physicists, however, the year splits at a single hinge. Everything happens either before or after the Rencontres de Moriond. Scientific collaborations around the world strive to unveil their latest breaking results at this one-of-a-kind annual event.

The architect of the Rencontres de Moriond is physicist Jean Tran Thanh Van. Born and raised in Vietnam, Tran overcame many obstacles—growing up in a country at war, losing his parents at a young age—to become a powerful force in uniting particle physicists divided by geography and politics. His success strengthening the community of particle physicists has helped him to promote development and scientific literacy in his home country of Vietnam.

The spirit of Moriond

To make the pilgrimage to the Rencontres de Moriond is to understand the spirit of Moriond. Named after a French ski resort that hosted the conference in its first year, the Moriond conference nowadays takes place in La Thuile, an isolated town in the Italian Alps.

Each conference session, 150 or so attendees gather at Geneva airport to board the bus to La Thuile as strangers. The only buses back to the airport leave on the session’s final day.

During the week in between, conference participants spend almost every waking hour together, sharing new physics results, ideas, coffee, ski lifts, sunscreen, hotel rooms and almost every single meal. The experience brings people together in a way unequaled at other conferences.

“By definition, people who come there are friends,” says Valery Rubakov, a Russian scientist who began attending Moriond conferences during the days of the Soviet Union. “Even if people don’t know each other, if you get to this meeting, you know how to behave.”

Among the invited conference participants are some of the giants of the field. But, by Moriond tradition, the majority of the speakers are young, recently minted PhDs, most still pondering their next steps once their postdoctoral positions come to an end. Moderators enforce a strict 15-minute time limit on most talks, no matter the seniority of the speaker.

Experiments announce some of their most significant results at Moriond. Yet an eerie silence falls over attendees’ email accounts, blogs and Twitter feeds. The hotel’s only Wi-Fi signal pulses weakly in the noisy café-bar. Even there, many physicists prefer to chat in person over an espresso or a beer.

“At the beginning, you look around the conference room and it’s obvious: Without Internet, people have no idea what to do,” says Fermilab’s Boaz Klima, whom Tran invited to co-organize Moriond almost 20 years ago. “The next day, you realize: People are relaxed. They actually listen.”

An alluring panorama of mountains covered in fresh snow tempts attendees from the windows of the conference room. Nevertheless, it’s difficult to find a seat. Scientists break in the afternoon for a few hours of skiing; the presentations resume in the evening.

But the physics talk doesn’t stop on the slopes. Among their conference materials, each attendee receives a small notebook, “like the ones you use in primary school,” says Jean-Marie Frere, who began attending Moriond conferences in the early 1980s and now also serves as a co-organizer. “Those notebooks were specifically chosen by Tran to be sure people could fold them in their ski jackets.”

A great deal on a chalet

According to long-time attendees, the father and guardian of the community spirit of Moriond is Tran.

Tran created the Rencontres de Moriond at the age of 29, almost by accident. In December 1965, he and his wife wanted to rent a house in a French village for about a week with a few friends. They discovered that in January, considered the off-season, they could rent the place for an entire month for the price of a week, what would now be about $300.

“We come from a poor country,” Tran says. “We didn’t want to waste money. I had to think of what to do with the rest of the time.”

Tran saw the opportunity to solve a problem. When he was working on his thesis, a theory paper about the structure of the neutron, an experimentalist at the same institution, Institut National de Physique Nucléaire et de Physique des Particules in Orsay, France, was working on the same problem. The two of them worked in parallel for months, neither knowing the other existed. There was a gap in communication; he was going to help bridge that gap.

Tran invited about 20 physicists, theorists and experimentalists, to spend a week at the chalet. They came from France, Germany, Italy and the United States. They shopped together in the morning and took care of the cooking and dish-washing during the day. They skied and listened to music. They talked physics.

They lived like a family, which made them open up to one another. They admitted to difficulties that they would never have highlighted in a regular conference talk. They found they had many experiences and struggles in common, and they found they could help one another. More than 40 years later, this way of relating to one another lives on in the spirit of Moriond.