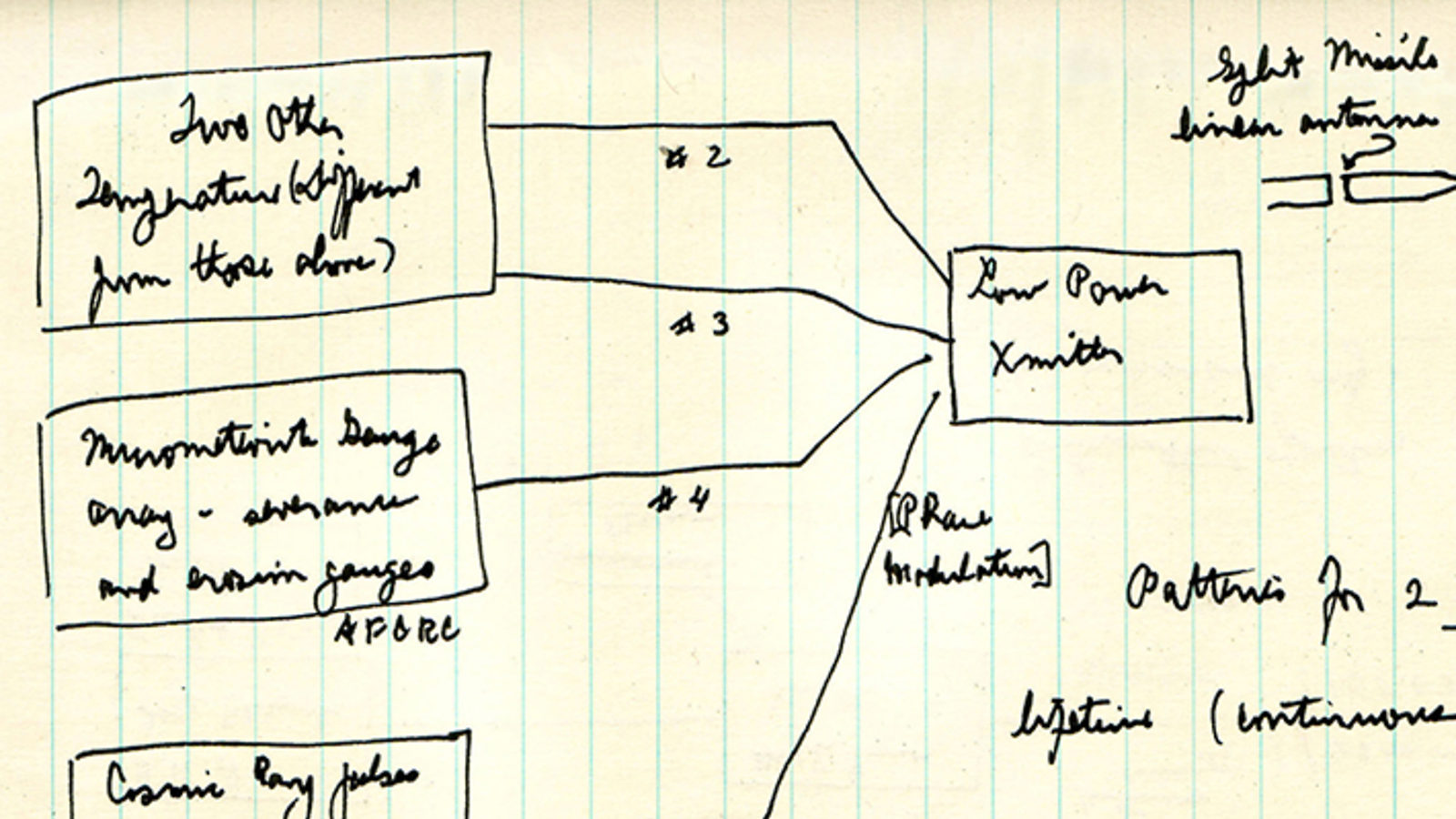 University of Iowa Libraries and Dept. of Physics and Astronomy

James Van Allen barely had time to savor the launch of America's first satellite, Explorer I, on Jan. 31, 1958, when scientists at the Jet Propulsion Laboratory told him the Geiger tube cosmic-ray detector his team had built wasn’t working. The instrument kept blanking out, leaving baffling gaps in the data transmitted to radio stations on Earth.

The University of Iowa astrophysicist set his sights on solving this mystery. His graduate student, George Ludwig, was already refining a smarter counter with a miniature tape recorder, and it launched aboard Explorer III on March 26, 1958.

Van Allen received the first data from Explorer III while in Washington, DC. He bought a ruler and paper and plotted graphs in his hotel room until 3 a.m. He found what he was looking for: the detector stuttered to a halt each time Explorer III’s irregular orbit ventured into an area more than 500 miles above ground. He and his colleagues now had proof for a high-radiation zone that had saturated and silenced the instruments. The first discovery of the space age, made just a few months after the Soviets launched Sputnik, had been hiding in the gaps.

The handwritten entry from Van Allen’s journal, made on Dec. 13, 1957, shows his schematic for the transmission of data gathered by his cosmic-ray detectors as well as by temperature sensors and micrometeorite gauges designed by other labs for Explorer I and III.

Particle detectors on Pioneer spacecraft in 1958 and 1959 allowed Van Allen to map a cross section of two radiation zones that reached thousands of miles into space. Above is the drawing he made for one of his first science articles about them, indicating altitude in multiples of the Earth radius and showing the contours of the zones based on radiation levels. The line crossing through the zones shows the trajectory of Pioneer 4.

The radiation zones, which contain high-energy charged particles trapped by Earth’s magnetic field, became known as the Van Allen radiation belts. On May 4, 1959, Van Allen and his cosmic-ray detector made the cover of Time magazine.

Abigail Foerstner is the author of James Van Allen: The First Eight Billion Miles, published in 2007 (University of Iowa Press). 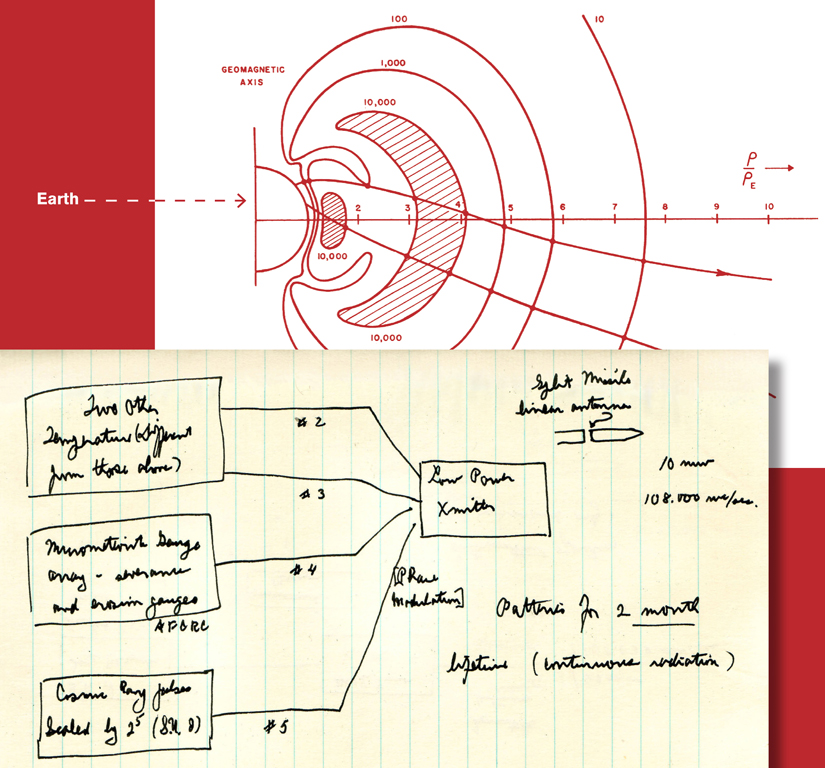 University of Iowa Libraries and Dept. of Physics and Astronomy
Follow
Use your browser’s print dialog box to create a pdf.
Popular on symmetry