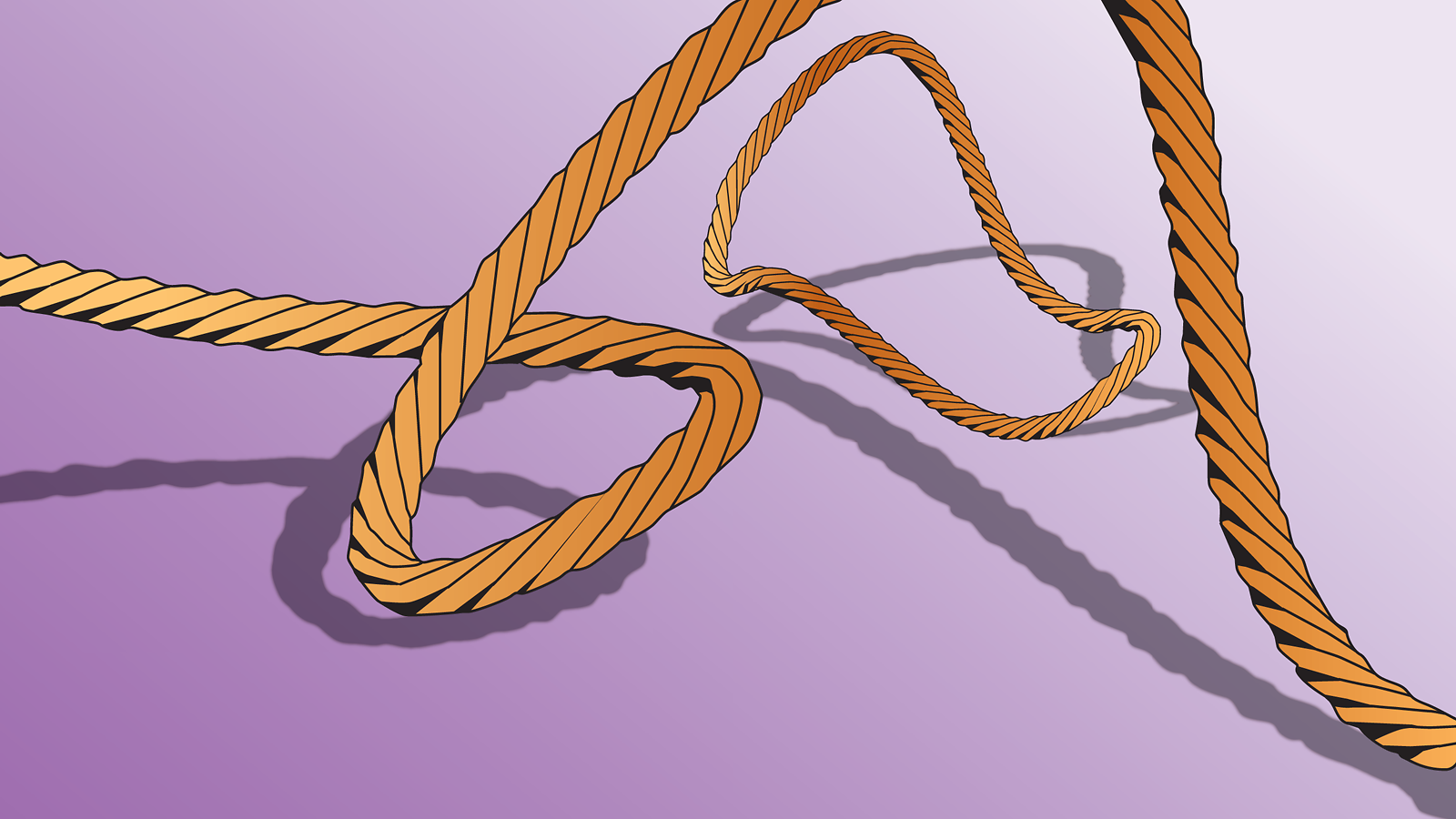 According to string theory, matter is made up of strings.

String theory proposes that the fundamental constituents of the universe are one-dimensional “strings” rather than point-like particles. What we perceive as particles are actually vibrations in loops of string, each with its own characteristic frequency.

String theory originated as an attempt to describe the interactions of particles such as protons. It has since developed into something much more ambitious: an approach to the construction of a complete unified theory of all fundamental particles and forces.

Previous attempts to unify physics have had trouble incorporating gravity with the other forces. String theory not only embraces gravity but requires it. String theory also requires six or seven extra dimensions of space, and it contains ways of relating large extra dimensions to small ones. The study of string theory has also led to the concept of supersymmetry, which would double the number of elementary particles.

Practitioners are optimistic that string theory will eventually make predictions that can be experimentally tested. String theory has already had a big impact on pure mathematics, cosmology (the study of the universe), and the way particle physicists interpret experiments, by suggesting new approaches and possibilities to explore.