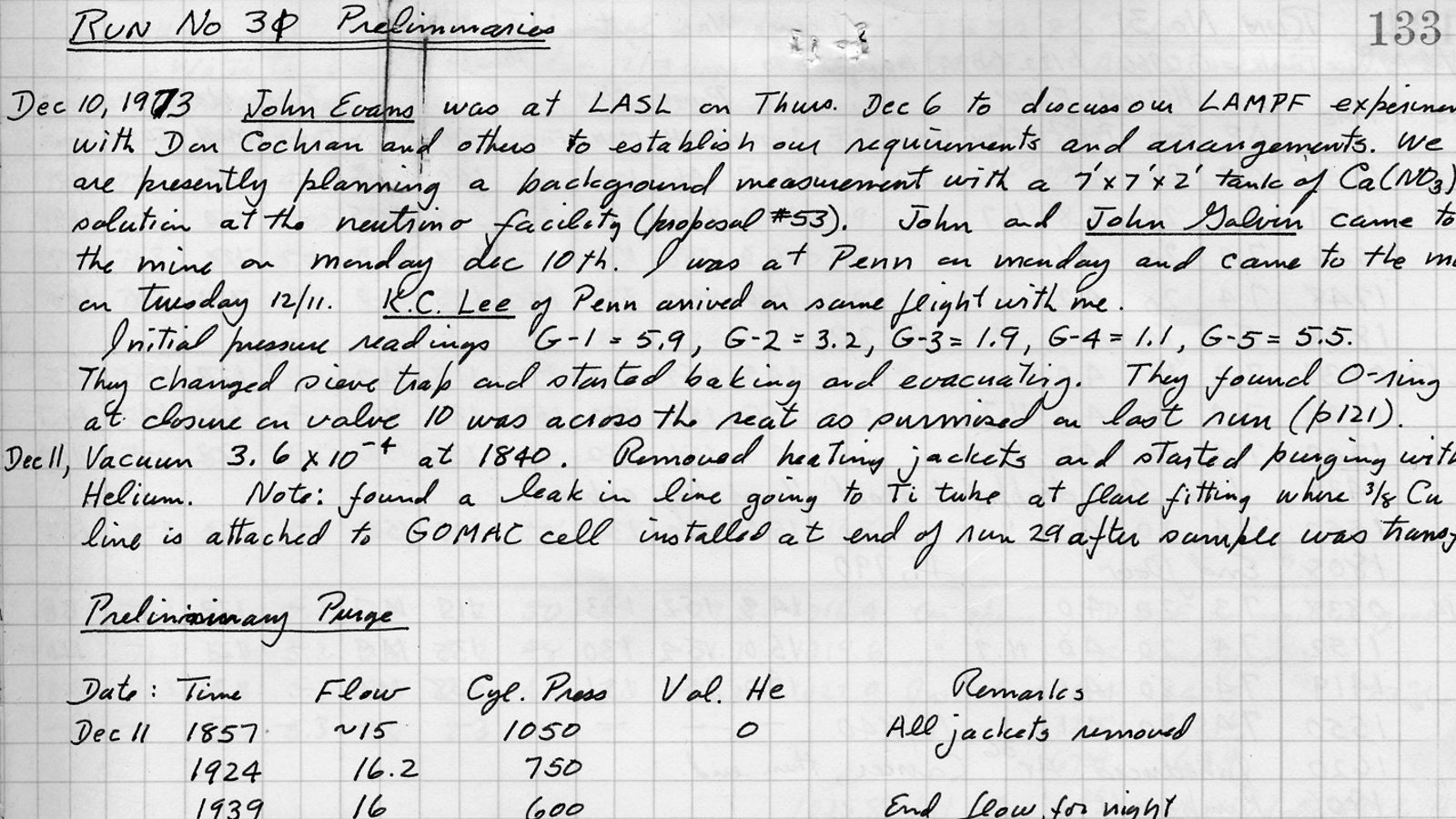 Deep in the Homestake Gold Mine in Lead, South Dakota, during the early 1970s, Ray Davis monitored a 100,000-gallon tank of perchloroethylene, a chlorine-rich dry-cleaning chemical. The experiment was designed to detect solar neutrinos, using the theory that an incoming neutrino would produce radioactive argon by interacting with a chlorine nucleus.

Davis was successful, but detected just one-third of the expected number. This “solar neutrino puzzle” inspired a series of experiments that eventually confirmed neutrinos change flavors. For his work, Davis won the 2002 Nobel Prize in Physics.

This page from his notebook captures a piece of that work. Davis discusses the “tank cars”—500-gallon tanks mounted on rail cars—used to measure the production rate of one type of background particle, neutrons, at different depths of the mine. The tanks (he sketched one in the lower left) contained a solution of calcium nitrate, a common fertilizer. The results helped Davis determine the cosmic ray background in the 100,000-gallon tank. 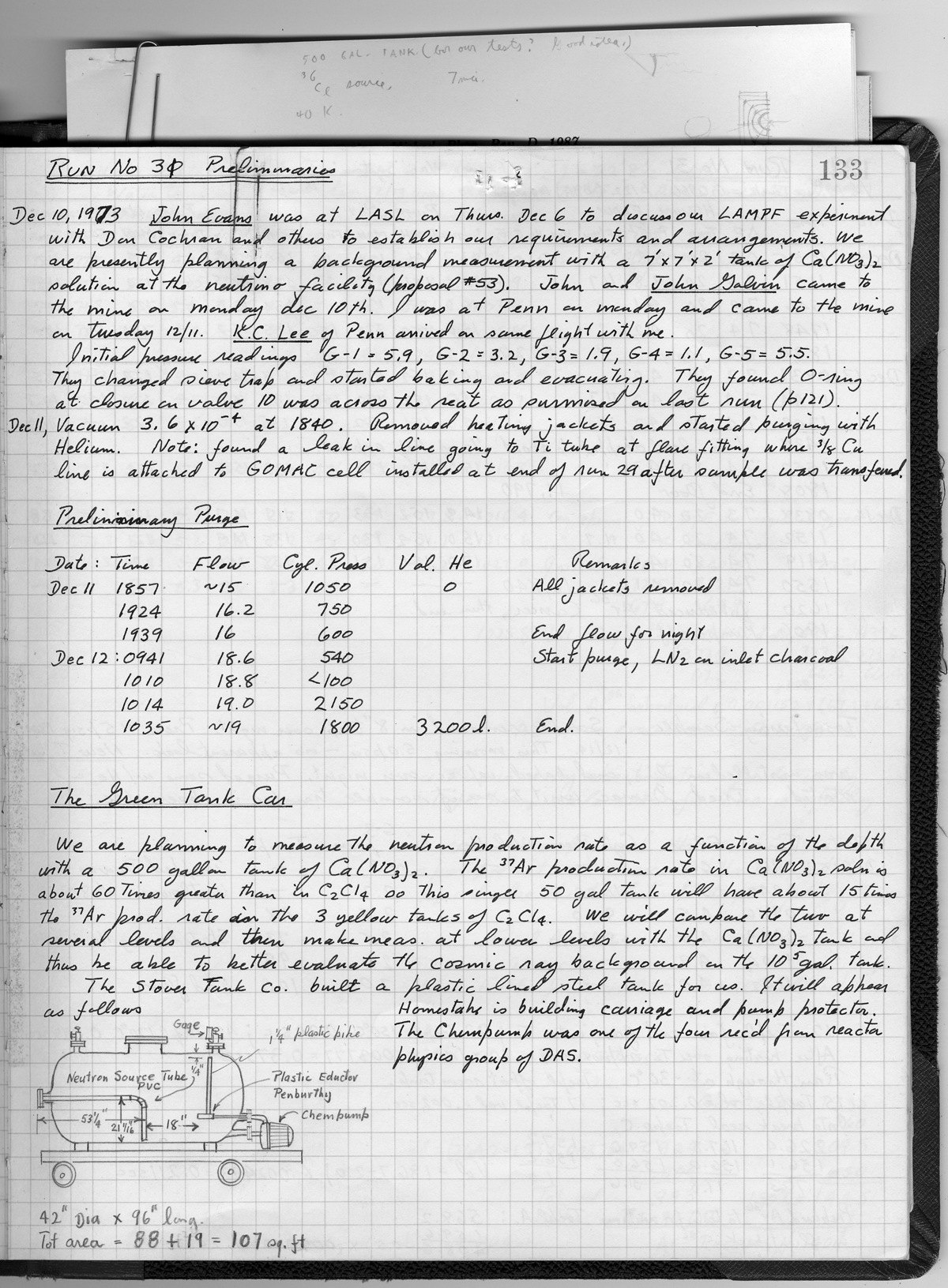 Ray Davis
Follow
Use your browser’s print dialog box to create a pdf.
Popular on symmetry