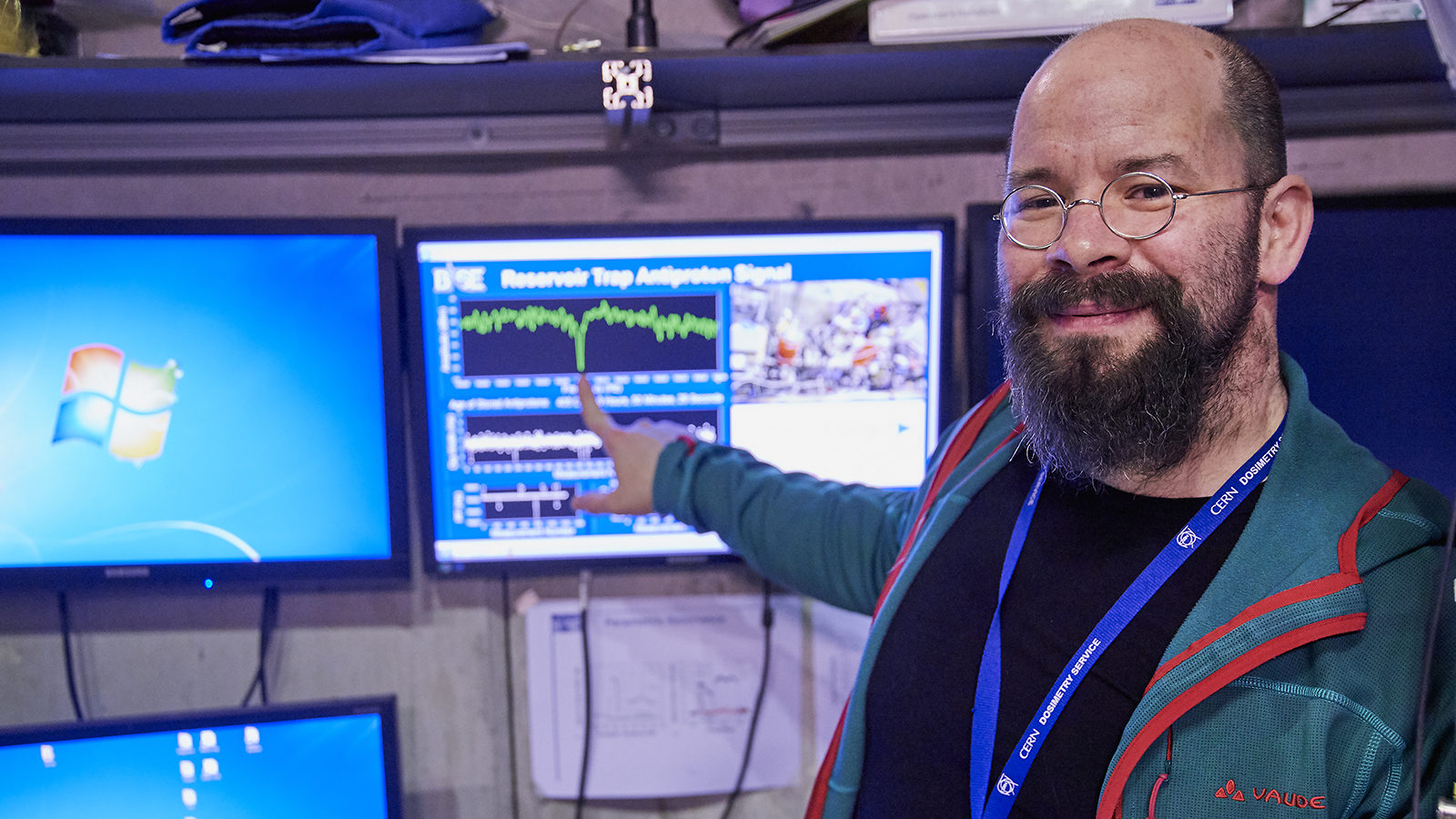 There is little wiggle room for disparities between matter and antimatter protons, according to a new study published by the BASE experiment at CERN.

Charged matter particles, such as protons and electrons, all have an antimatter counterpart. These antiparticles appear identical in every respect to their matter siblings, but they have an opposite charge and an opposite magnetic property. This recalcitrant parity is a head-scratcher for cosmologists who want to know why matter triumphed over antimatter in the early universe.

“We’re looking for hints,” says Stefan Ulmer, spokesperson of the BASE collaboration. “If we find a slight difference between matter and antimatter particles, it won’t tell us why the universe is made of matter and not antimatter, but it would be an important clue.”

Ulmer and his colleagues working on the BASE experiment at CERN closely scrutinize the properties of antiprotons to look for any miniscule divergences from protons. In a paper published today in the journal Nature Communications, the BASE collaboration at CERN reports the most precise measurement ever made of the magnetic moment of the antiproton.

“Each spin-carrying charged particle is like a small magnet,” Ulmer says. “The magnetic moment is a fundamental property which tells us the strength of that magnet.”

The BASE measurement shows that the magnetic moments of the proton and antiproton are identical, apart from their opposite signs, within the experimental uncertainty of 0.8 parts per million. The result improves the precision of the previous best measurement by the ATRAP collaboration in 2013, also at CERN, by a factor of six. This new measurement shows an almost perfect symmetry between matter and antimatter particles, thus further constricting leeway for incongruencies which might have explained the cosmic asymmetry between matter and antimatter.

The measurement was made at the Antimatter Factory at CERN, which generates antiprotons by first crashing normal protons into a target and then focusing and slowing the resulting antimatter particles using the Antiproton Decelerator. Because matter and antimatter annihilate upon contact, the BASE experiment first traps antiprotons in a vacuum using sophisticated electromagnetics and then cools them to about 1 degree Celsius above absolute zero. These electromagnetic reservoirs can store antiparticles for long periods of time; in some cases, over a year. Once in the reservoir, the antiprotons are fed one-by-one into a trap with a superimposed magnetic bottle, in which the antiprotons oscillate along the magnetic field lines. Depending on their North-South alignment in the magnetic bottle, the antiprotons will vibrate at two slightly different rates. From these oscillations (combined with nuclear magnetic resonance methods), physicists can determine the magnetic moment.

The challenge with this new measurement was developing a technique sensitive to the miniscule differences between antiprotons aligned with the magnetic field versus those anti-aligned.

“It’s the equivalent of determining if a particle has vibrated 5 million times or 5 million-plus-one times over the course of a second,” Ulmer says. “Because this measurement is so sensitive, we  stored antiprotons in the reservoir and performed the measurement when the antiproton decelerator was off and the lab was quiet.”

BASE now plans to measure the antiproton magnetic moment using a new trapping technique that should enable a precision at the level of a few parts per billion—that is, a factor of 200 to 800 improvement.

Members of the BASE experiment hope that a higher level of precision might provide clues as to why matter flourishes while cosmic antimatter lingers on the brink of extinction.

“Every new precision measurement helps us complete the framework and further refine our understanding of antimatter’s relationship with matter,” Ulmer says.