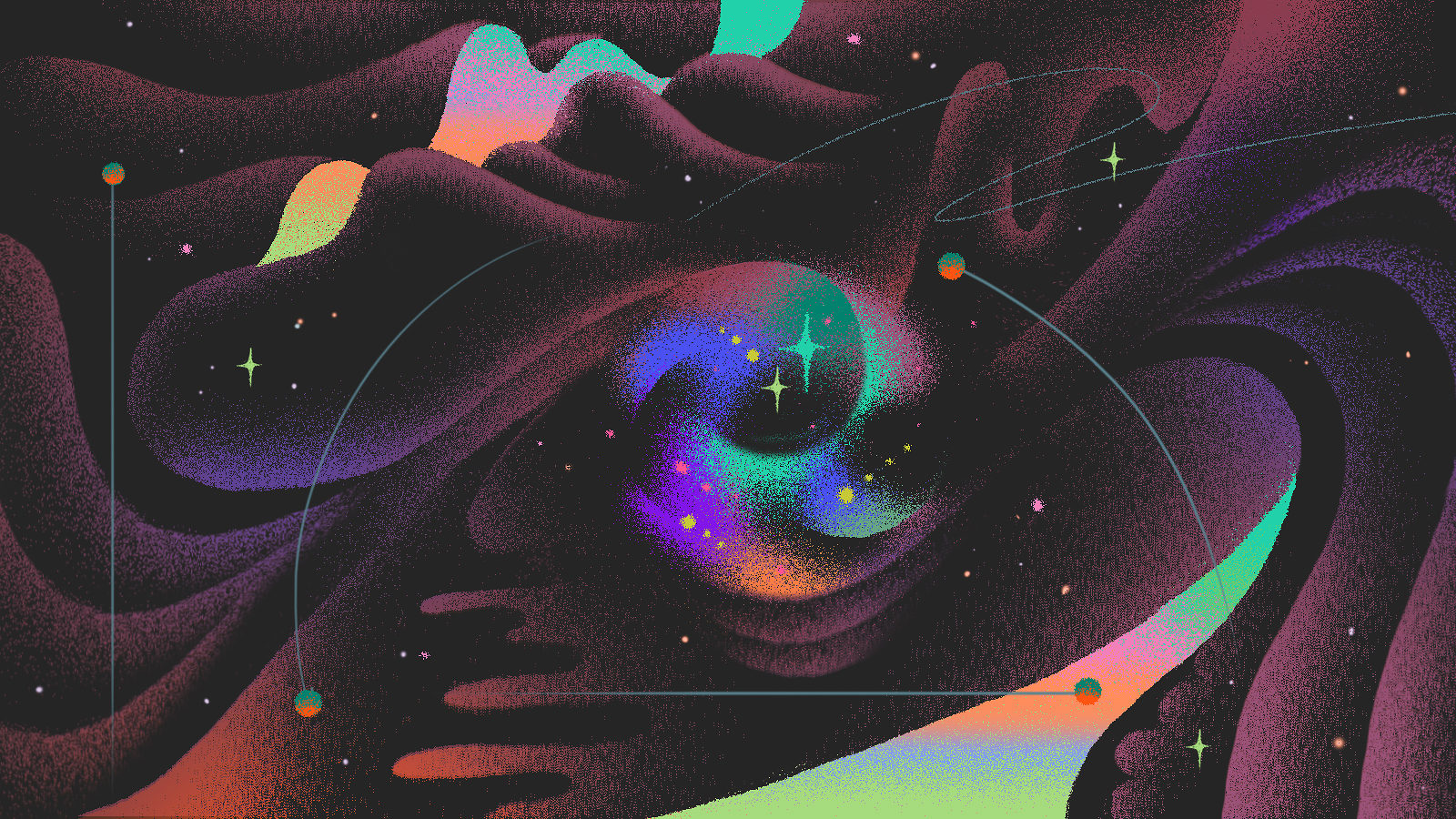 Imagine a particle. What comes to mind? If you aren’t a theoretical particle physicist, chances are you picture a tiny ball, bobbing in space.

But that’s not quite correct. One way to prove it: Try to imagine that tiny ball as a particle with no mass.

Sometimes the word “mass” is used interchangeably with the word “weight.” That’s not entirely wrong. The mass of an object is measured by its resistance to a force. When you pick something up to test its weight, it is resisting the Earth’s gravity, so an everyday object’s weight on Earth is indeed one measurement of its mass.

But there’s more to mass than just a resistance to gravity, especially on the scale of the smallest pieces of matter. So physicists’ definition of mass gets a little more complicated.

Most fundamental matter particles, such as electrons, muons and quarks, get their mass from their resistance to a field that permeates the universe called the Higgs field. The more the Higgs field pulls on a particle, the more mass it has. When it comes to composite particles like protons and neutrons, which are made up of quarks, most of their mass comes from the pull of the strong force that holds the quarks together.

Photons and gluons, two force-carrying particles, are fundamental, so they don’t host the internal tug-of-war of a composite particle. They are also unaffected by the Higgs field. Indeed, they seem to be without mass.

Massless particles are purely energy. “It’s sufficient for a particle to have energy to have a meaningful sense of existence,” says Flip Tanedo, assistant professor of physics at the University of California, Riverside.

These quanta of energy don’t have edges, and they don't have surfaces, says Tien-Tien Yu, an assistant professor of physics at the University of Oregon.

A better way to think of particles is as ripples on a quantum field, says Natalia Toro, a theorist at the US Department of Energy’s SLAC National Accelerator Laboratory and an associate professor in Stanford University’s theoretical particle physics department. A quantum field has vibration modes like the harmonics on a guitar string. Pluck it with the right frequency and you get a particle.

These massless particles have some unique properties. They are completely stable, so unlike some particles, they do not lose their energy decaying into pairs of less massive particles.

To return to the topic of gravity: Gravity affects anything with energy—even a particle that has no mass at all. That’s why the gravitational attraction of objects like galaxies and clumps of dark matter curves the path of light passing by them in space.

It could be that the photon and the gluon are not the only massless particles in the universe. Scientists could one day (likely in the far future) find the aforementioned graviton. Or it could turn out that the lightest of the three types of neutrinos has zero mass.