By Jennifer Huber and Kathryn Jepsen 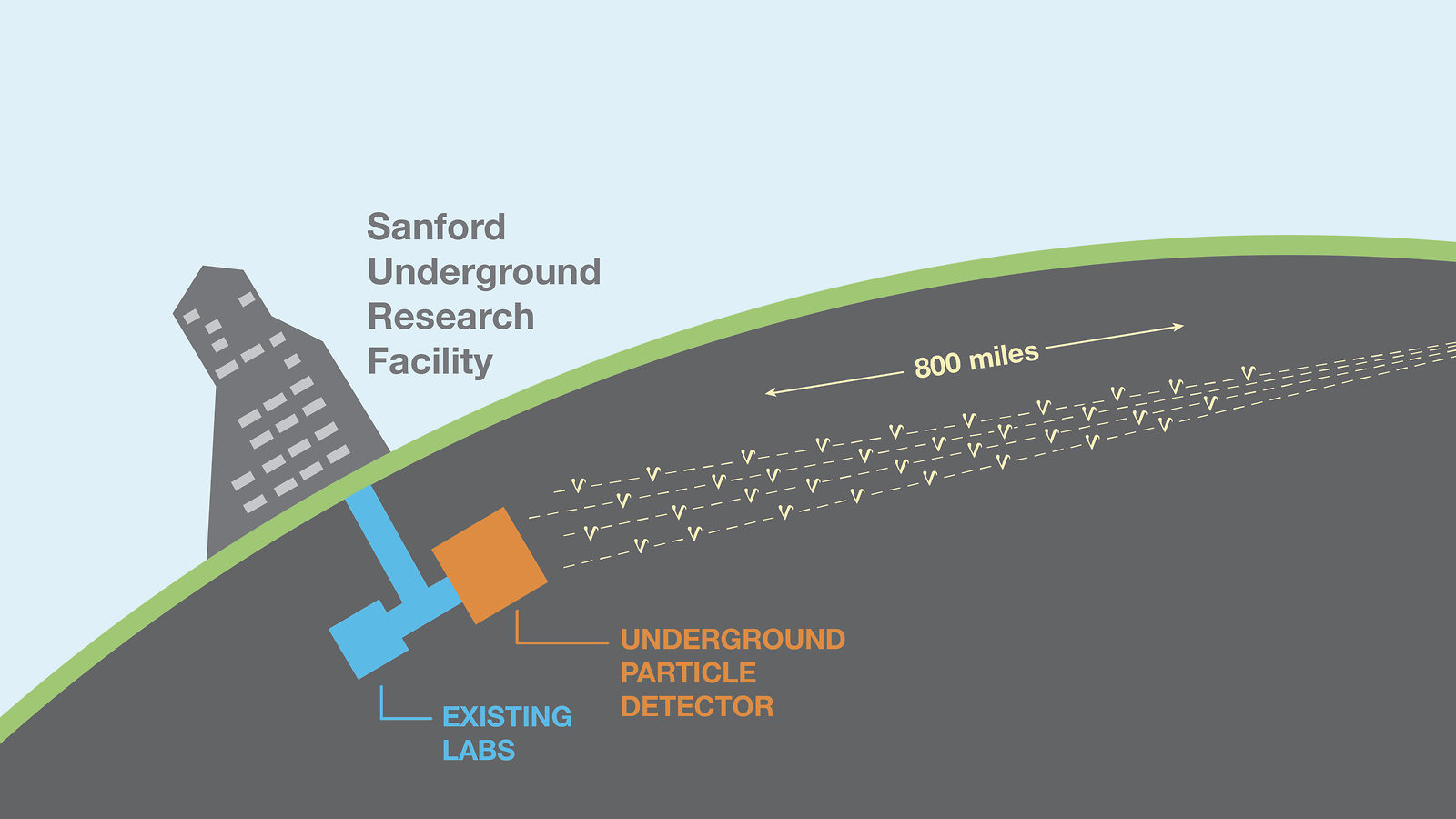 The proposed experiment will be the most powerful tool in the world for studying hard-to-catch particles called neutrinos. It will span 800 miles. It will start with a near detector and an intense beam of neutrinos produced at Fermi National Accelerator Laboratory in Illinois. It will end with a 10-kiloton far detector located underground in a laboratory at the Sanford Underground Research Facility in South Dakota. The distance between the two detectors will allow scientists to study how neutrinos change as they zip at close to the speed of light straight through the Earth.

“This will be the flagship experiment for particle physics hosted in the US,” says Jim Siegrist, associate director of high-energy physics for the US Department of Energy’s Office of Science. “It’s an exciting time for neutrino science and particle physics generally.”

In 2014, the Particle Physics Project Prioritization Panel identified the experiment as a top priority for US particle physics. At the same time, it recommended the collaboration take a few steps back and invite more international participation in the planning process.

Physicist Sergio Bertolucci, director of research and scientific computing at CERN, took the helm of an executive board put together to expand the collaboration and organize the election of new spokespersons.

DUNE now includes scientists from 148 institutions in 23 countries. It will be the first large international project hosted by the US to be jointly overseen by outside agencies.

Rubbia got started with neutrino research as a member of the NOMAD experiment at CERN in the ’90s. More recently he was a part of LAGUNA-LBNO, a collaboration that was working toward a long-baseline experiment in Europe. Thomson has a long-term involvement in US-based underground and neutrino physics. He is the DUNE principle investigator for the UK.

Scientists are coming together to study neutrinos, rarely interacting particles that constantly stream through the Earth but are not well understood. They come in three types and oscillate, or change from type to type, as they travel long distances. They have tiny, unexplained masses. Neutrinos could hold clues about how the universe began and why matter greatly outnumbers antimatter, allowing us to exist.

“The science is what drives us,” Rubbia says. “We’re at the point where the next generation of experiments is going to address the mystery of neutrino oscillations. It’s a unique moment.”

Scientists hope to begin installation of the DUNE far detector by 2021. “Everybody involved is pushing hard to see this project happen as soon as possible,” Thomson says.

Courtesy of Fermilab
Like what you see? Sign up for a free subscription to symmetry!
Follow
Use your browser’s print dialog box to create a pdf.
Latest news articles
Berkeley Lab