LHC will not restart this week

Engineers and technicians may need to warm up and recool a section of the accelerator before they can introduce particles. 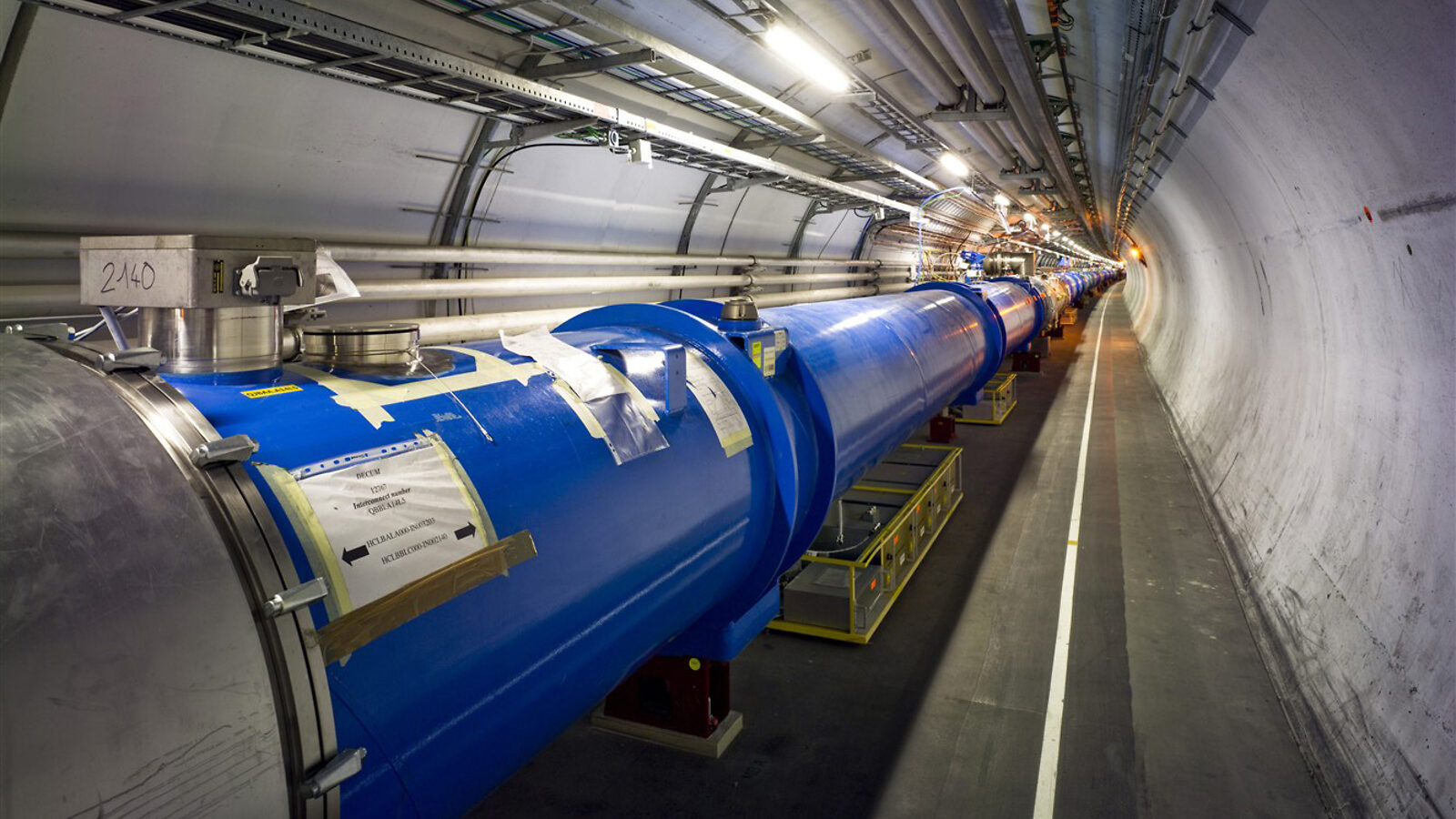 The Large Hadron Collider will not restart this week, according to a statement from CERN.

Engineers and technicians are investigating an intermittent short circuit to ground in one of the machine’s magnet circuits. They identified the problem during a test run on March 21. It is a well understood issue, but one that could take time to resolve since it is in a cold section of the machine. The repair process may require warming up and re-cooling that part of the accelerator.

“Any cryogenic machine is a time amplifier,” says CERN’s Director for Accelerators, Frédérick Bordry, “so what would have taken hours in a warm machine could end up taking us weeks.”

Current indications suggest a delay of between a few days and several weeks. CERN's press office says a revised schedule will be announced as soon as possible.

The other seven of the machine’s eight sectors have successfully been commissioned to the 2015 operating energy of 6.5 trillion electron-volts per beam.

According to the statement, the impact on LHC operation will be minimal: 2015 is a year for fully understanding the performance of the upgraded machine with a view to full-scale physics running in 2016 through 2018.

“All the signs are good for a great Run II,” says CERN Director General Rolf Heuer. “In the grand scheme of things, a few weeks delay in humankind’s quest to understand our universe is little more than the blink of an eye.”

The LHC does a dry run

Engineers have started the last step required before sending protons all the way around the renovated Large Hadron Collider.