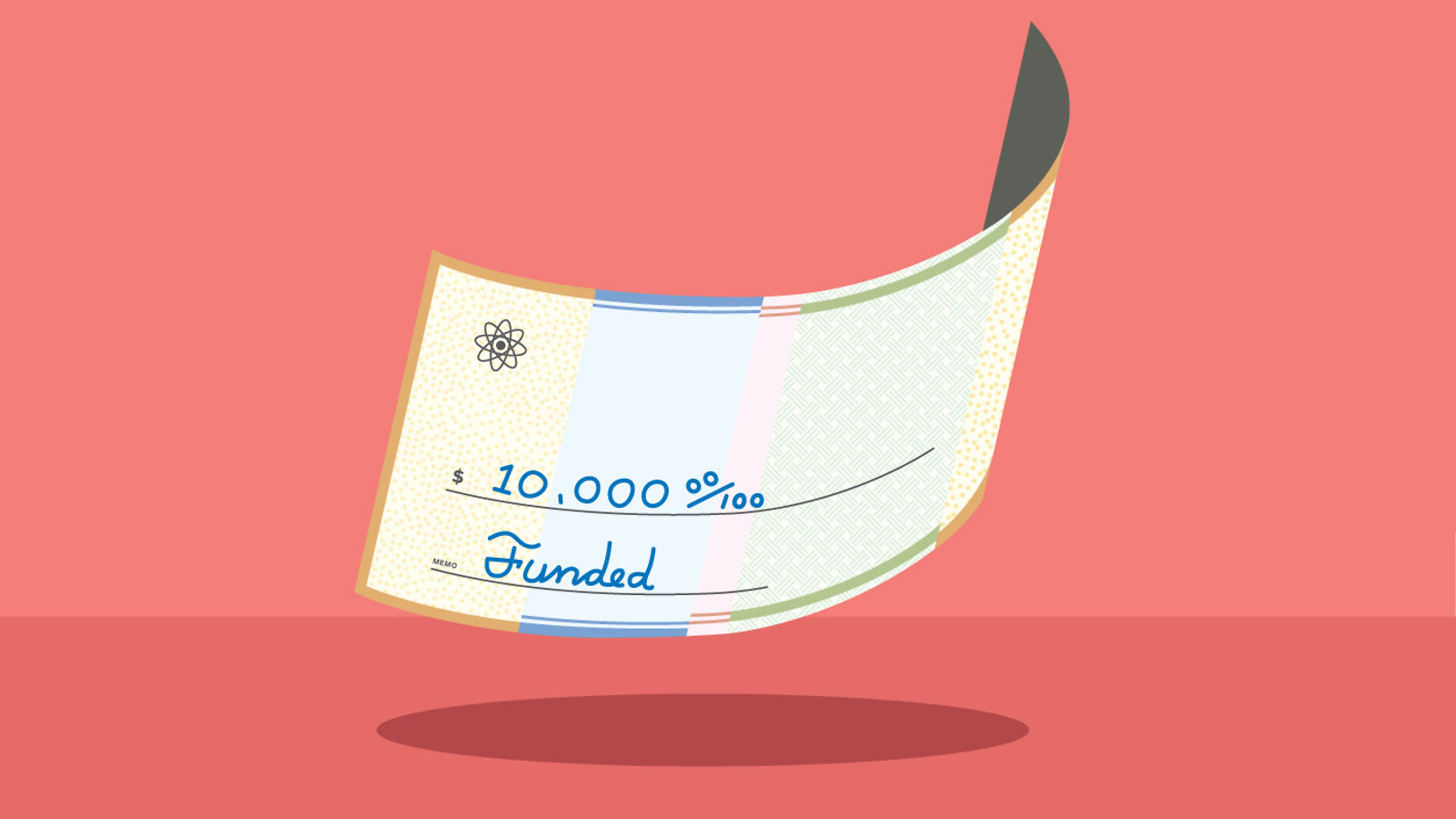 A scientist sets out to augment particle physics funding through crowdfunding.

January 2014 found string cosmologist Mark Jackson approaching a crossroads in his career and in his life.

During the 10 years he spent as a postdoc—first at Fermilab, then in the Netherlands and France, and finally in South Africa—Jackson watched the challenge of finding funding for basic research become more and more difficult.

“I saw my friends leave physics because they couldn’t get jobs, or because they were discouraged by what was happening in the field,” he says.

Meanwhile, Jackson was facing his own doubts. “As I got older, I became more aware of social issues and my life no longer felt complete just solving equations.”

He found a new calling—or perhaps a new calling found him—while at the Paris Center for Cosmological Physics. The PCCP, like the rest of the University of Paris system, began to accept private donations in 2014. But the university system had previously been completely state-funded, and many of his colleagues had little experience with fundraising. George Smoot, PCCP director and Nobel laureate, asked Jackson to help. Having participated in fundraising activities while earning his bachelor’s degree and PhD at two private universities—Duke and Columbia—Jackson agreed.

Jackson says cosmologist Ben Wandelt of the Lagrange Institute of Paris noted his skills and made a joke: “He said that I should start my own agency.”

The comment was made in jest, but to Jackson, the idea made sense. A physicist raising funds for a physics experiment could convey the merits of the research much more effectively than the typical fundraiser, no matter how professional or well-intentioned.

“Three days later I decided to do it.”

Jackson mined his considerable store of personal contacts to find the first projects, which seek to raise money for outreach or awards to individual researchers.

These types of projects are the least expensive and thus, Jackson says, the most likely to get funding. But rest assured, he says: He has further ambitions.

The name Fiat Physica, a takeoff on the Latin phrase for “let there be light,” means “let there be physics.” Jackson has chosen as his company’s motto an even more empowering translation: “Make Physics Happen.”

Jackson initially thought to establish a more traditional fundraising agency, but he soon became convinced that crowdfunding was the better direction. “Crowdfunding has already demonstrated it can raise billions of dollars,” he says. “It’s definitely where the field is headed.”

Fiat Physica follows the same process as already established crowdfunding platforms like Kickstarter and Indiegogo. Groups seeking funding approach Jackson with projects, called campaigns, which he vets to ensure they’re appropriate for the site. “We only represent legitimate projects from established research groups,” Jackson says. “I want viewers to trust that anything on our site is a worthwhile scientific endeavor.”

With help from Fiat Physica staff, campaign leaders develop informational content such as videos that explain what they would do with the funds and why they feel their campaign is important. They also develop a list of rewards for potential donors, which can range from a thank-you letter or a tchotchke for a small donation, to some face time with a physicist on the project for a big one. Potential donors can browse a variety of campaigns on the site, decide if there’s a campaign they’d like to support, and contribute a chosen amount.

Jackson is betting there are enough hard-core fans of physics among the public to make Fiat Physica a viable funding mechanism for small- to medium-sized experiments.

“The greatest thing about theoretical or fundamental physics is that the ideas are so exciting,” Jackson says. “Black holes. Exoplanets. Dark matter. People already love to hear about them.” The Fiat Physica blog covers a variety of topics to draw physics fans to the site, and Jackson and his crew help campaigners develop plans to publicize their projects on social media.

Jackson is currently hard at work forging partnerships with more traditional funding sources, such as philanthropic foundations and university development programs, which will help make the more expensive research projects a reality. He envisions such partners matching the funds raised during a campaign, for example.

“I believe that in about six months our platform will be sufficiently established that larger research projects will be feasible to crowdfund,” he says. He’s also reexamining traditional funding requests with an eye toward making them more crowdfunding-friendly; for example, Jackson says, instead of trying to fund an entire lab, researchers could create separate campaigns for the individual experiments.

“We’re not looking to replace government funding or large private grants,” Jackson says. “But we think there are opportunities for us to make a real difference.”

Colleagues in the physics community are cheering him on. Edward “Rocky” Kolb, a professor at the University of Chicago and current dean of the Division of Physical Sciences, worked with Jackson at Fermilab and believes in the idea of crowdfunded physics enough to serve on the Fiat Physica advisory board.

“I really think it’s great that Mark has taken this on,” Kolb says. He cites tightening federal budgets, and also the “highly structured, often ponderous processes” of university development programs, as motivations to be more creative and nimble in finding funding.

But being innovative in business, as in science, requires hard work and sacrifice. Jackson, the physicist who wants to give everyone a chance to make physics happen, is no longer doing physics himself.

“Fiat Physica is my full-time job now,” Jackson says. “This is a very different career for me but not so surprising. As a child I dreamed of having my own business. I’ve always had this sort of latent entrepreneur inside of me.