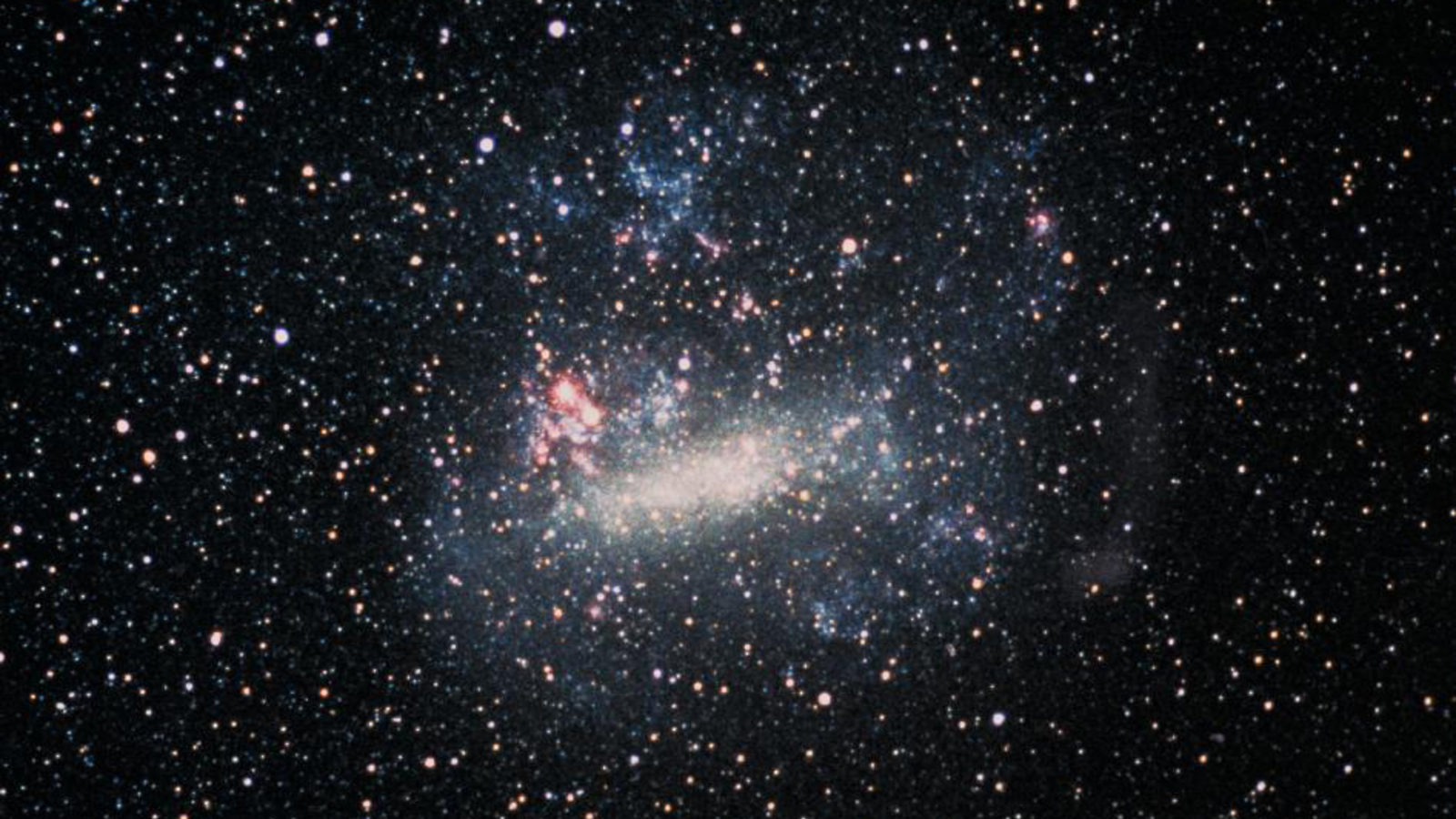 A worldwide network keeps astronomers and physicists ready for the next nearby supernova.

When it comes to studying supernovae, if you don’t SNEWS, you lose.

SNEWS, the Supernova Early Warning System, is a worldwide network designed to do just what the name implies: let astronomers and physicists know when a nearby supernova appears. This can be a tricky business, since supernovae appear in our galaxy roughly once every 30 years, and the window for studying them can vary—anywhere from a few weeks down to a few hours.

Seeing a supernova in action is certainly a great chance to learn about how supernovae work. But it's the burst of neutrinos released in a supernova that most interests Kate Scholberg and Alec Habig, the two physicists who spearheaded SNEWS. Scholberg and Habig were post-doctoral researchers on the Super-Kamiokande neutrino experiment when the idea was first discussed in the late 1990s.

“There is enormous potential to learn about neutrinos from supernovae,” says Scholberg, now a professor at Duke University. “We can learn about their properties, like their mass, their ability to oscillate, and potentially exotic effects. Furthermore, with supernova neutrinos, we get the complete story of the stellar core collapse, a story that is of great interest to a lot of theorists.”

The trick is to catch them. Neutrinos are the most abundant particles in the universe, and physicists know very little about them. That’s because they’re notoriously elusive—they rarely interact with matter and have miniscule masses. Terrestrial neutrino experiments fire billions of the tiny particles at massive detectors every few seconds and see only a few interactions a week.

Supernova neutrinos are even more difficult to pin down. As Habig, now a professor at the University of Minnesota, Duluth, explains, neutrinos are often the first sign of a supernova, arriving before anyone knows what’s happening.

It’s that very principle that allows SNEWS to work. It starts with five of the biggest neutrino experiments in the world: Super-Kamiokande and KamLAND in Japan, the Large Volume Detector and Borexino in Italy, and IceCube in Antarctica. Each experiment can detect supernova neutrinos.

Once potential supernova neutrinos are detected in one of these experiments, a datagram is sent to the SNEWS computer, housed at Brookhaven National Laboratory in New York. If multiple datagrams indicate that two bursts of neutrinos arrived within ten seconds of each other, the computer automatically alerts the SNEWS mailing list. According to Habig, there are nearly 2700 email addresses on the list, although some of those addresses send to lists themselves. (Sky & Telescope magazine’s AstroAlert list receives SNEWS alerts, for example.)

The entire process is automated, and its purpose is to get as many eyes trained on the sky as possible, and quickly. The network includes just about every operational neutrino experiment (and some that are not yet operational, like Fermilab’s upgraded MicroBooNE experiment), all of which will be ready to view and study supernova neutrinos.

“Our best estimate is one supernova in our galaxy every 30 years or so,” Scholberg says. “But there could be two in the next 10 years, we don’t know. They’re so rare that we have to be sure to get every possible piece of information from them, so we need to be properly prepared.”

As Scholberg points out, we’re due for one. The last supernova that sent detectable neutrinos to Earth occurred in 1987, on the edge of the Tarantula Nebula in the Large Magellanic Cloud, a nearby galaxy. About three hours before the visible light from that supernova reached earth, three neutrino experiments detected a grand total of 24 neutrino interactions from the wave of particles emitted.

SNEWS was first discussed in earnest in 1998, Habig says, at the 17th Conference on Neutrino Physics and Astrophysics in Takayema, Japan. With Scholberg as the driving and organizational force behind the project, Habig and Scholberg wrote the code in the late 1990s. (The design was based on an old multiplayer e-sports game, Netrek, which Habig helped develop in the 1990s.)

The SNEWS team held a workshop in 1998 at Boston University and, as Habig says, they’ve been running ever since. They have only done one full test of the system, in February of 2003, sending an alert out to the mailing list. Since then, members of the SNEWS team have taken weekly shifts, testing the computer network twice a day, making sure everything is ready.

Of course, the fact that no supernova has exploded in our galaxy in decades means that the SNEWS system has never sent out an actual alert. (“It’s not a very busy computer,” Scholberg jokes.) That’s also a testament to the checks and balances built into the system, to prevent mistakes.

“When we started, the astronomy community was clear: no false alarms or you’re dead,” Habig says with a laugh.

As more large neutrino experiments come online, they will add their supernova-sensing abilities to the SNEWS network. Fermilab’s NOvA experiment, which has just seen its first neutrino interactions, will soon launch its supernova trigger. And when the Long-Baseline Neutrino Experiment starts taking data sometime in the next 10 years, it will also feed into the network.

While studying supernova neutrinos may not teach us everything about these tiny, mysterious particles, we’re likely to find out more than we expect, Scholberg says.

“Theorists are confident that these signals could help us infer information about neutrino properties that are hard to predict in advance,” she says. “It’s a very rich signal, which means a rich field for surprises.”

Upon arriving for work at the laboratory of Masatoshi Koshiba at the University of Tokyo, Yoji Totsuka handed me a fax telling of a supernova in the Large Magellanic Cloud, picked up by optical tel