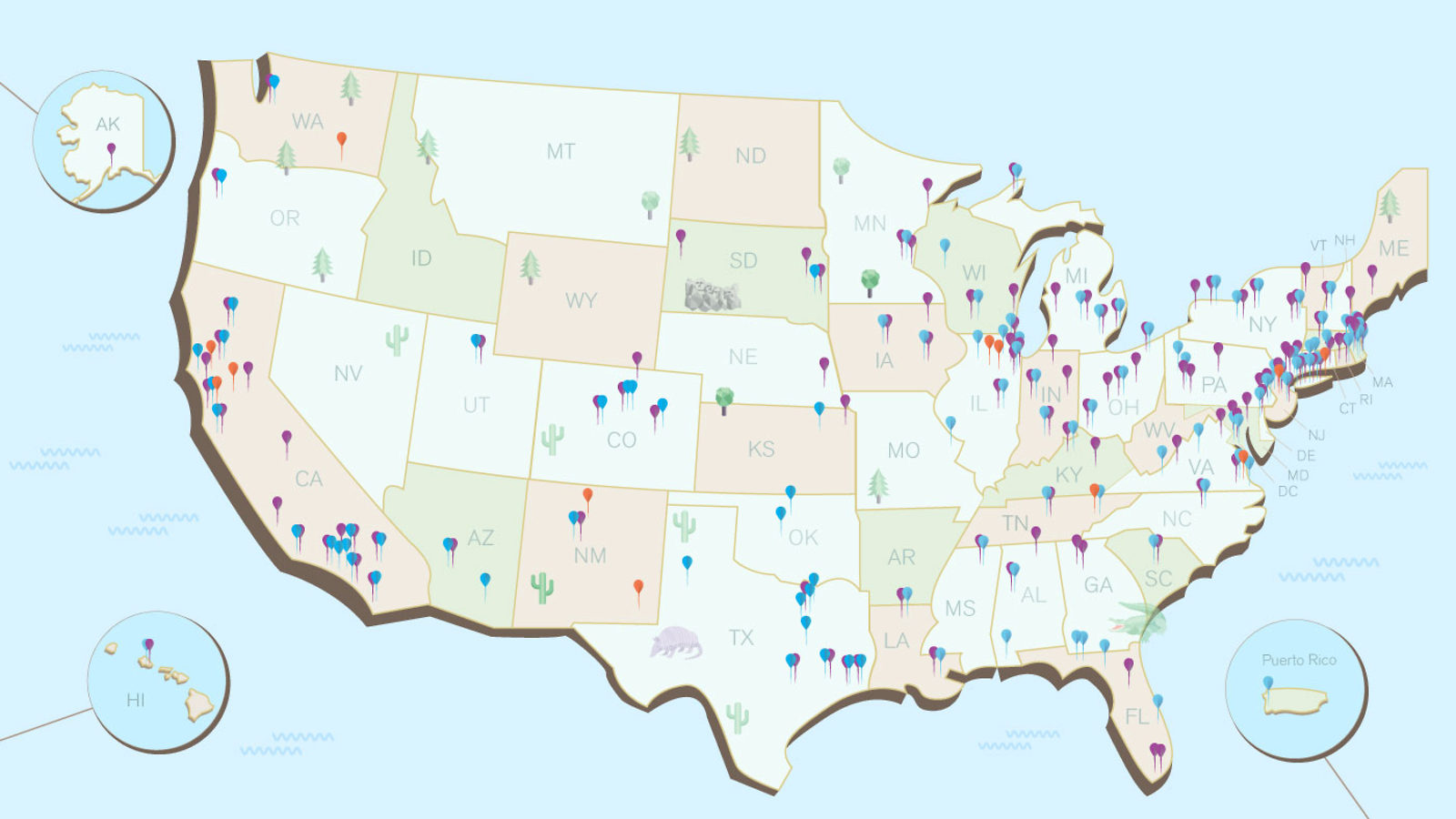 More than 150 US universities and laboratories are engaged in particle physics research and technology innovation, playing important roles in the Higgs boson and cosmic inflation discoveries—and the many more revelations still to come.

Particle physics research in the United States is a distributed effort involving researchers across the country. In 2013, more than 150 universities and laboratories in 43 states (plus Washington DC and Puerto Rico) received funding from the Department of Energy and the National Science Foundation to explore the nature of matter, energy, space and time.

DOE’s national laboratories serve as hubs of innovation, places where scientists and engineers from around the country—and from around the globe—come together to develop technologies and tools, build unique instruments and machines, and run complex experiments.

Together with scientists and students from universities across the country and around the world, this web of researchers is revolutionizing our view of the universe, making significant advances in how we understand, predict and ultimately control matter and energy while training the next generation of scientists. They create tools and applications that help other fields of science and improve the nation's health, wealth and security.

A poster highlighting US universities and laboratories engaged in particle physics is available here. In addition, a larger version of the illustration at the top of this page is available in symmetry's image bank.

Around the US in 17 labs

Chart a course to knowledge with symmetry’s interactive map of all 17 US Department of Energy national laboratories.

Particle physics benefits: Adding it up

Stories abound about how particle physics benefits education, the economy, and society as a whole.