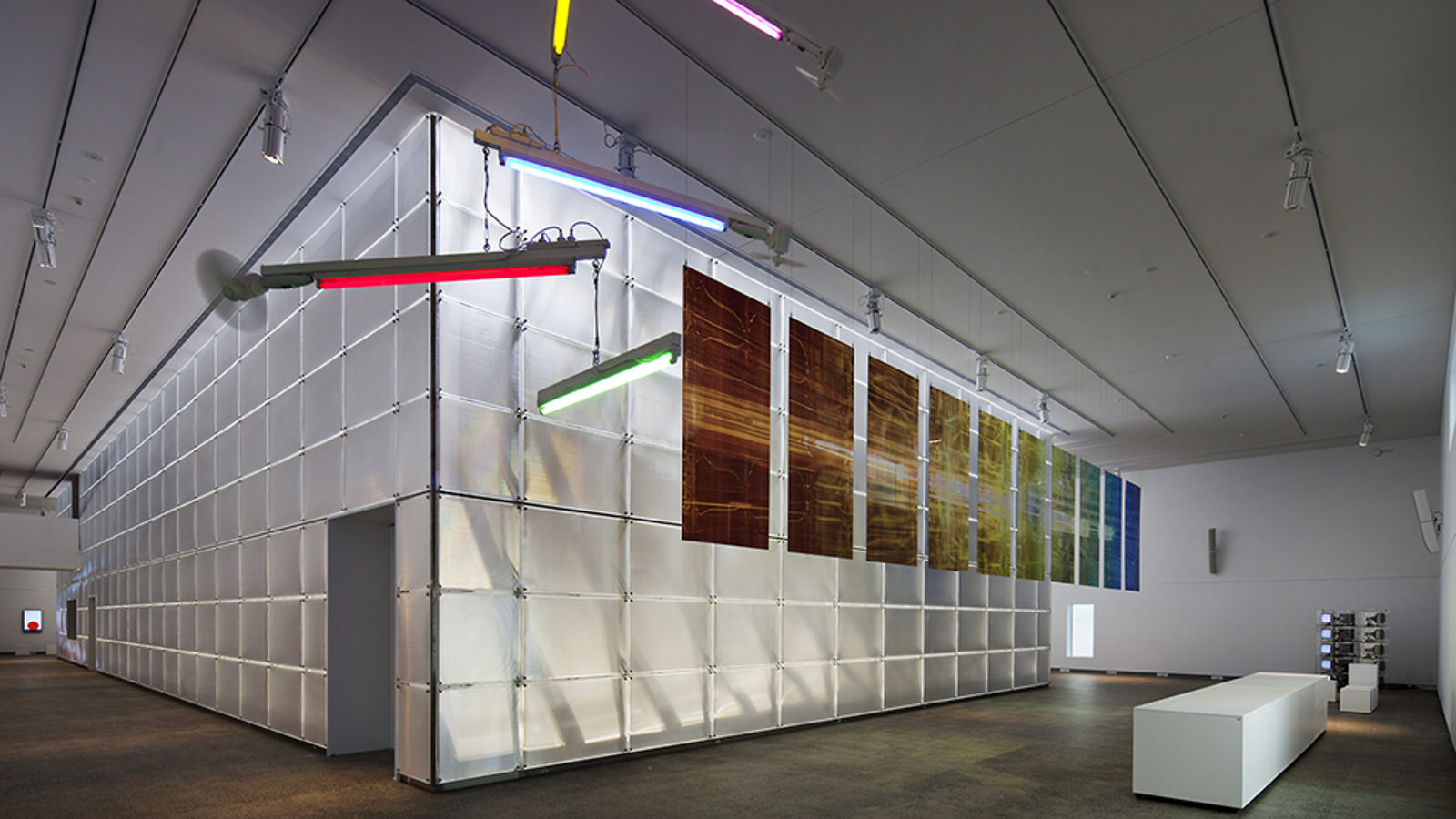 A visitor to the National Centre for Synchrotron Science at the Australian Synchrotron might be forgiven for thinking she stumbled into the wrong building. Within the spacious structure stands a permanent exhibition of contemporary Australian art.

A mobile of colored neon lights illuminates one corner, while another corner houses a tower of small screens across which pulsate rich hues and tones.

Upon closer inspection, however, it becomes clear that the works in the collection provide insights into experimental physics and raise questions about aspects of science.

Artist Daniel Von Sturmer’s “The Cinema Complex” (2010) is a looping video sequence that plays with the paradoxes of seeing and believing.

Everyday objects are brought together in unexpected conjunctions. A pencil is placed upon a ball and balances impossibly; a tower is constructed of paper clips and elastic bands, held together with some unreal invisible force.

Von Sturmer’s work is intriguing in what it does not show, namely that some seemingly impossible and invisible force holds the objects together. Von Sturmer does not use digital effects to create these tableaux—the video documents reality, yet something unreal is happening.

As the video progresses, it beckons us to try and understand it. We ask ourselves, “What is it that makes this possible?” The curiosity inspired by the piece is, at its deepest level, the same force that drives scientific research. 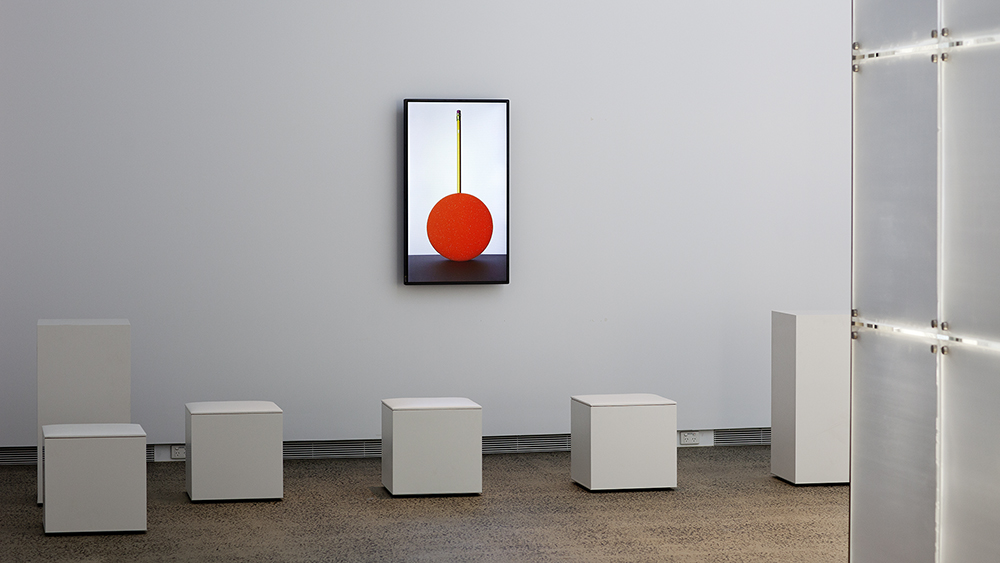 Draw the Outside In

Informed by a tour of the synchrotron facility, artist Susan Jacobs’ “Draw the Outside In (Fields of Force)” (2013) distills the forces and forms found within the Australian Synchrotron into a frieze embedded into the walls of the National Centre for Synchrotron Science.

Cross-sections of spherical objects reveal symmetrically uniform structures, reminiscent of the insides of atoms. One of the disk-like forms rotates and attracts a metal chain, divulging magnetic properties while giving the work a kinetic energy.

The layout of the objects hints at both celestial and subatomic structures, conveying a feel of the delicate balances within and between the two realms.