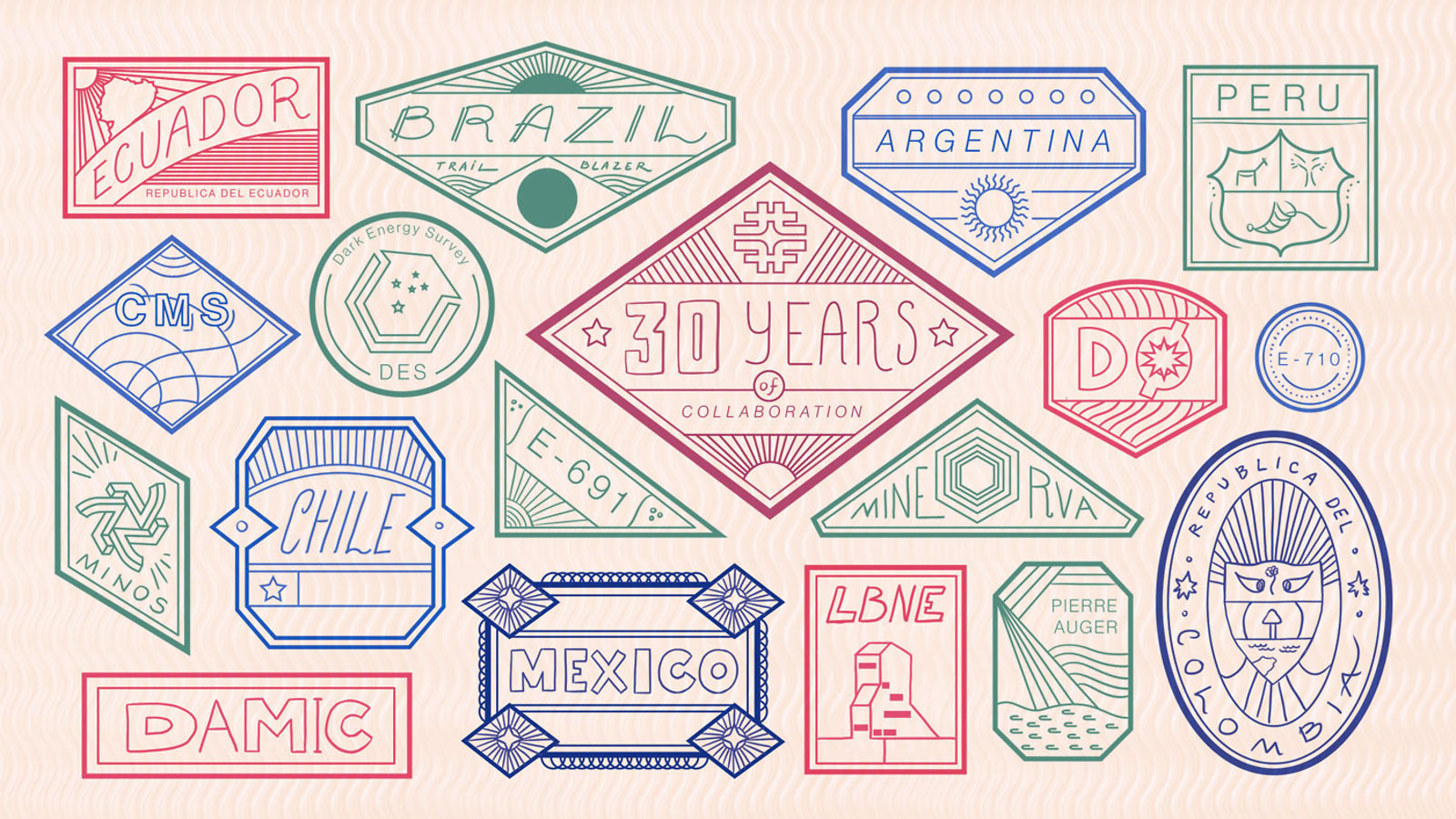 In 1983, Fermilab Director Leon Lederman put his money on the table at the second Pan American Symposium on Elementary Particles and Technology in Rio de Janeiro. His daring proposition: If the Brazilian Research Council would not at the time fund that nation’s physicists to do research at Fermilab, he would pay the salaries himself.

His parlay worked. A year later, 30 years ago this month, four physicists from Brazil took paid leave to work on the E691 fixed-target experiment at Fermilab. They were Fermilab’s first Latin American scientists and the beginning of its relationship with the region.

“Lederman made the bold offer in that meeting,” says Carlos Escobar, one of the four trailblazing Brazilians who crossed over the Equator to Fermilab. “That was the deciding factor.”

Since then, the collaboration between Fermilab and Latin American institutions has grown to also include Argentina, Chile, Colombia, Ecuador and Peru. Twenty-one Latin American institutions participate in the collaboration, which consists of theorists and members of eight experiments: CMS, DAMIC, DZero, LBNE, MINERvA and MINOS, as well as on the Dark Energy Survey and the Pierre Auger Observatory—both of which reside in South America. That’s in addition to the nine fixed-target experiments that completed their runs in the 1990s.

Lederman began planting the seeds of collaboration in 1979, noting that Latin American nations boasted strong scientific groups and an impressive history of innovation.

“Latin America represented a huge potential treasure of human resources which would, I was sure, eventually be devoted to scientific research to the benefit of the nations of South and Central America and, indeed, the world,” he wrote in a 2006 paper.

Since those days, the collaboration with Fermilab, as well as steadily gaining economic strength and higher publicity for science, have placed particle physics research south of the Rio Grande on firmer ground. Fermilab not only provided scientists with particle physics experiments to work on, it also hosted workshops that were attended by Latin American engineers, physicists, technicians and students.

“When I first started, there were only two groups in Mexico cultivating theoretical high-energy physics, and none tilling the field of experimental high-energy physics,” says Julian Felix Valdez, a University of Guanajuato professor whose connection with Fermilab began in 1990, when he was a graduate student. Then, he says, things changed as Universidad Nacional Autónoma de México and Instituto Politécnico Nacional began sending students to Fermilab.

The flow of students hasn’t abated, and most now come to Fermilab to work on neutrino research. For future generations, it could mean working on Fermilab’s Long-Baseline Neutrino Experiment.

“There’s a good stream of people. Once the connection’s established, it doesn’t sever. It keeps flowing,” says Pontificia Universidad Católica del Perú master’s student Maria Jose Bustamante, who is on the MINERvA neutrino experiment. “Of course you need an institution to do that.”

Enlisting more institutions to invigorate the flow is perhaps still the biggest challenge facing the collaboration today. To that end, Fermilab’s fifth director, Pier Oddone, and his deputy, Young-Kee Kim, picked up where Lederman left off, says MINERvA scientist Jorge Morfin, one of the founding members of the Latin American collaboration. Oddone and Kim helped formalize the Latin American Initiative in 2010, suggesting more written agreements between Fermilab and Latin American institutions and funding agencies.

“No one on MINERvA would doubt that the contribution of these Latin American students has been significant. This has been a real working benefit for the experiment here at Fermilab,” Morfin says. The number of students that work or have worked on MINERvA totals 24 master’s students, nine doctoral students and two postdocs. “Now they can work on experiments throughout the world. It’s been a nice return, a give and take,” he says.

Collaboration also provides opportunities for visiting scientists to bring technologies from their home countries to Fermilab. Escobar notes that Brazilian companies provided several pieces of instrumentation for Fermilab experiments, including drift chambers and detectors for DZero. It goes the other way, too: Scientists take new technologies developed at Fermilab back to industries at home.

“People see the local industries benefit from this kind of collaboration with a place that does fundamental research,” Morfin says. “It translates into actual progress for local industries and local technology.”

To see another 30 years of flourishing high-energy physics in the western hemisphere requires an investment in physics from both sides of the Equator, Felix Valdez says.