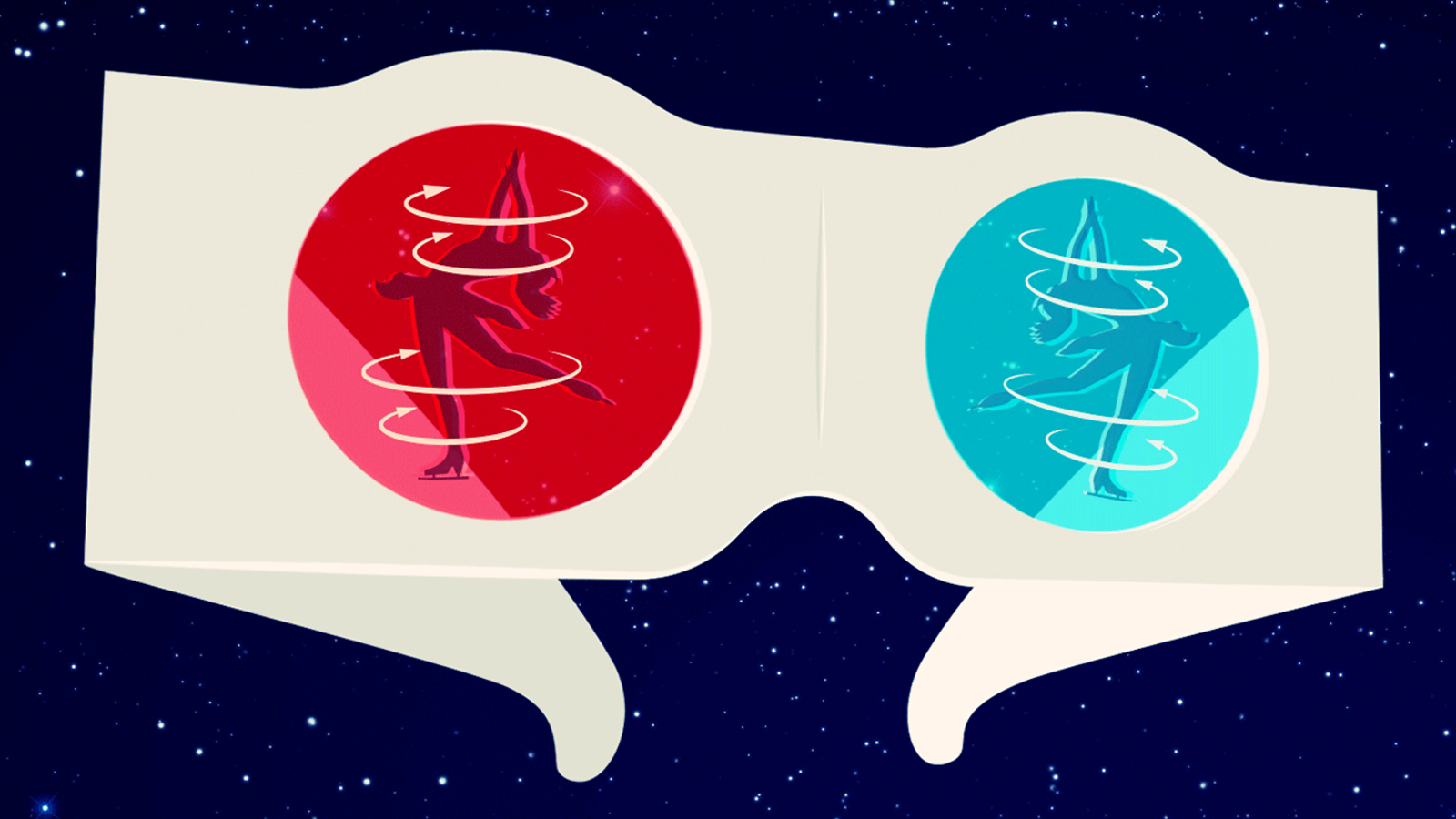 Spin is the amount of rotation an object has, taking into account its mass and shape. This is also known as an object’s angular momentum.

Particles, as far as we know, are infinitesimal points of zero size. Yet they have measurable amounts of angular momentum. Does the concept of rotation even make sense for a featureless speck? Angular momentum seems to be a more foundational concept than rotation itself.

It is a fortunate accident of biology that humans have as many eyes as photons have spin states.