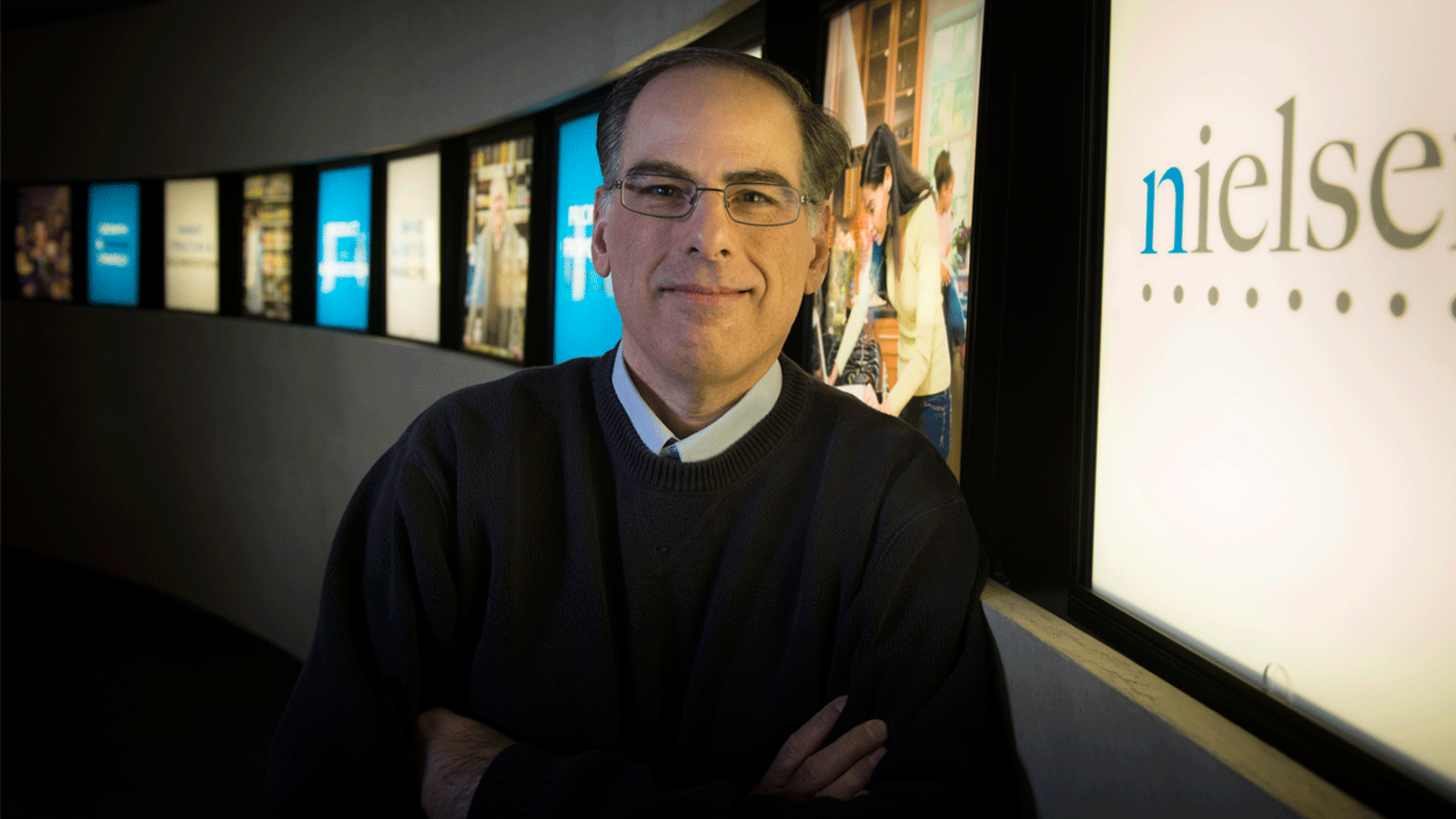 John Mansour’s professional life has zigged and zagged like a bright green line on an oscilloscope, always centered on a love of physics.

“As a kid, I was always reading about space travel and astronomy—couldn't get enough of it. So I pretty much knew I was going into physics from a very early age,” Mansour says.

Now in his early 50s, he is vice president and leads the development team in the Advanced Solutions Group of Nielsen in Schaumburg, Illinois—not far from Fermilab, where he conducted his PhD thesis experiment.

“When I was at Fermilab, 90 percent of my work was programming or building hardware,” he says. “At Nielsen, our group writes a variety of custom programs to process and analyze large amounts of data for the consumer packaged goods industry, mostly food and beverages. We get very challenging and interesting projects to work on, and the people I work with are smart and hardworking, very similar to Fermilab. So not much is really changed.”

Mansour has made some adjustments over the years, however, including during his graduate studies at the University of Rochester, where he had intended to study optics. The first career turning point arrived when he crossed paths in the hall one day with University of Rochester Physics Professor Tom Ferbel. “He asked me if I wanted to work with his team at Fermilab for the summer,” Mansour says. “Well after that summer, I was hooked. I loved the work, the people and the environment.”

Mansour joined Fermilab’s E706, an experiment that observed the production of photons in the interactions of quarks and gluons. With Ferbel as his advisor, he measured a major source of experimental background noise for his thesis.

“The experience John had in high-energy physics provided a very good background to bridge the gap between statistical methodology, application development and analysis of business needs,” says Varelas, now a physics professor at the University of Illinois at Chicago. “And although he left physics 18 years ago, he is still keeping up with the developments and discoveries in the field.”

Mansour scans articles on preprint and science sites and reads books to stay current, but claims, “My physics is a bit rusty; Nikos shows a lot of patience.“

Nonetheless, Mansour says that he continues to draw on many of the skills he developed during his physics training. The switch to Nielsen in 1995, for example, required knowledge of Fortran, C and multivariate regression—“so I was a good fit,” he says.

It’s been a happy match for Nielsen and Mansour.

Today, Mansour says, “a good understanding of the math and programming helps bring ideas generated in our group to production. In addition, the ability to analyze and solve problems is huge.”

His group helps clients enhance their marketing and promotion strategies, which in turn can benefit consumers with better prices. The group also does pro bono projects; recently, they helped a nonprofit agency more efficiently distribute food where it was most needed.

Like his clients, Mansour’s colleagues welcome his physics-based capabilities—as well as his views on topics like the Higgs boson.

“John approaches his job as a scientist, leveraging methods from many scientific fields,” says Mitch Kriss, a Nielsen senior vice president of research and development. “I have not found an analytical business problem that he was unable to solve.”