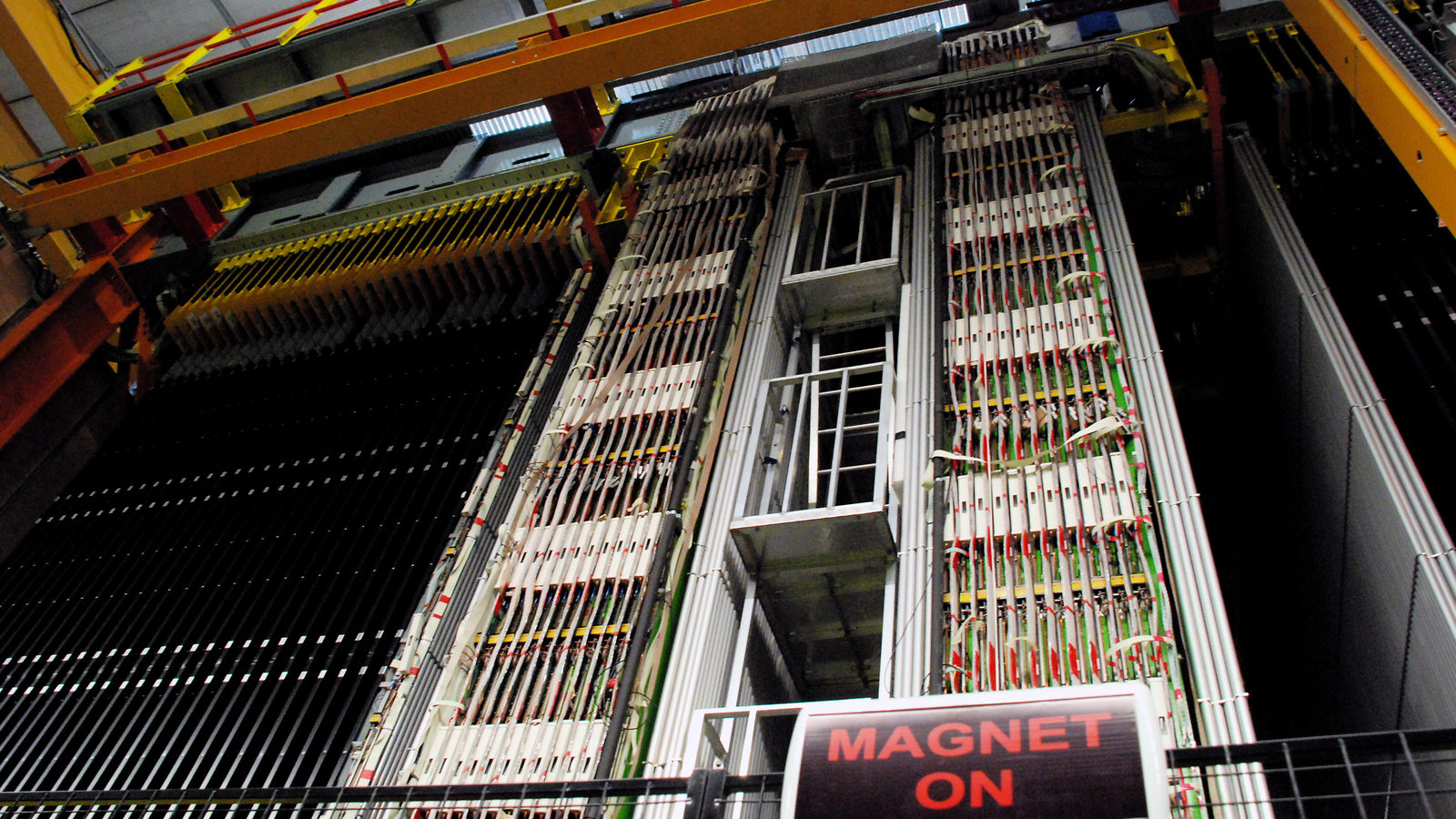 For the third time ever, scientists have seen the particle transformation that explains the mystery of the “missing neutrinos”—particles we expect to rain down from the Sun and Earth’s atmosphere at higher rates than observed.

Neutrinos are light particles that come in three types, or flavors, each associated with a different subatomic particle: an electron, a muon or a tau. One of the biggest surprises that came with the discovery of neutrinos was that they could change from flavor to flavor.

Members of the OPERA experiment announced today the observation of a muon neutrino that had switched flavors to a tau neutrino. OPERA scientists, based at Gran Sasso National Laboratory in Italy, have caught this rare event only twice before, once in 2010 and once in 2012.

The new observation “is an important confirmation of the two previous observations,” says Giovanni De Lellis, head of the international research team, in a statement released by INFN.

The OPERA experiment is a fast-moving, long-distance game of catch, with CERN laboratory at the border of France and Switzerland pitching a concentrated beam of neutrinos toward the 1,250-ton OPERA detector. The neutrino is a difficult ball to snag; it interacts so rarely with matter that it can zip unflinchingly through an entire planet.

The OPERA experiment is the first neutrino experiment to examine a manmade beam of muon neutrinos in search of this type of oscillation. It will continue to take data for the next two years.