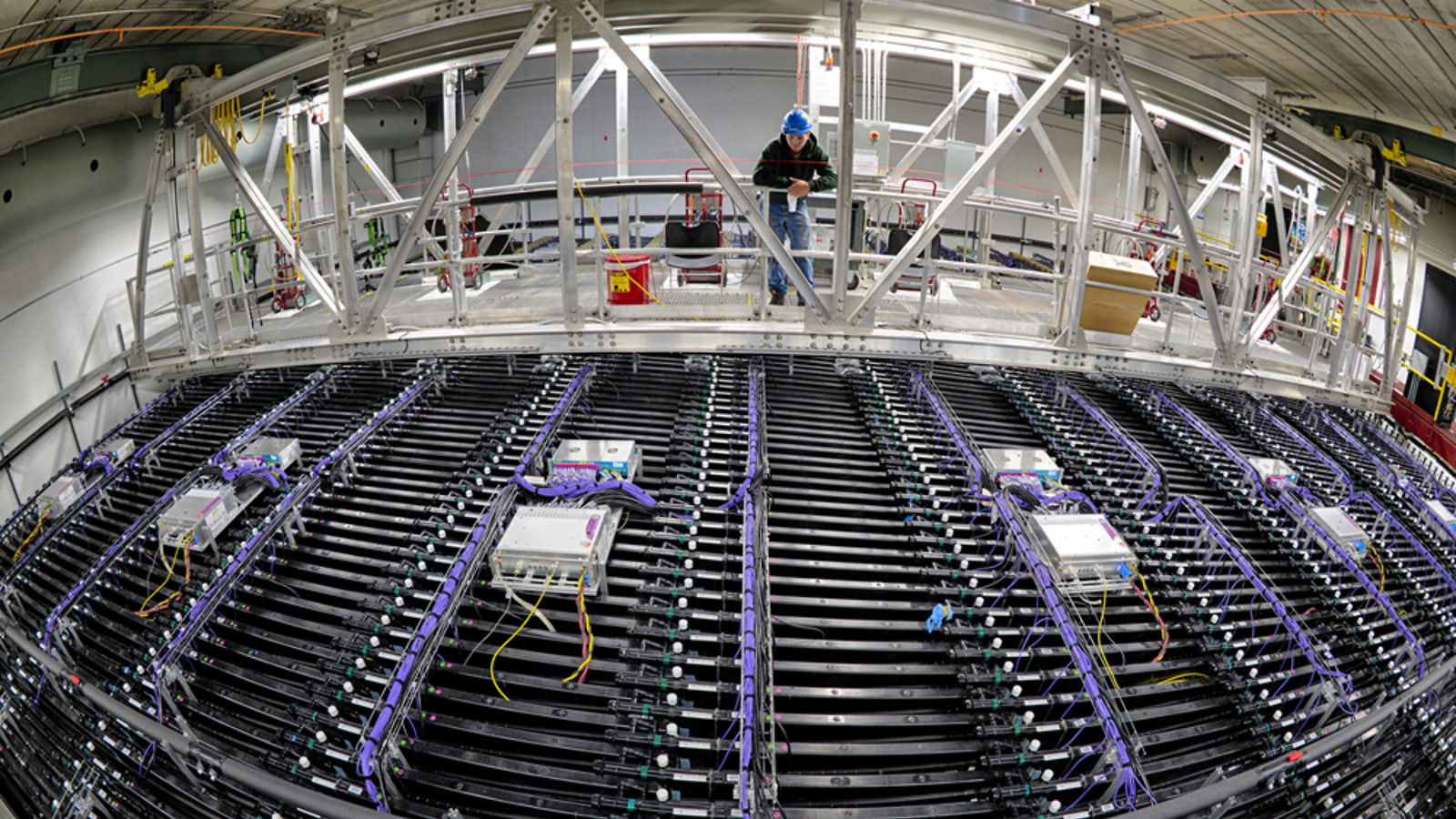 What will soon be the most powerful neutrino detector in the United States has begun recording its first images of particles.

The NOvA detector is still under construction in Ash River, Minn. However, using its first completed section, scientists have begun collecting data from cosmic rays—particles produced by a constant rain of atomic nuclei falling on the Earth’s atmosphere from space. The detector takes three-dimensional images of the particles' tracks as they pass through it.

“It’s taken years of hard work and close collaboration among universities, national laboratories and private companies to get to this point,” says Pier Oddone, director of the Department of Energy’s Fermi National Accelerator Laboratory. Fermilab manages the project to construct the detector.

Ultimately, the scientists' goal is to discover properties of mysterious fundamental particles called neutrinos. Neutrinos are as abundant as cosmic rays in the atmosphere, but they have barely any mass and interact much more rarely with other matter. Many of the neutrinos around today are thought to have originated in the big bang.

Later this year, Fermilab, outside of Chicago, will start sending a beam of neutrinos 500 miles through the earth to the NOvA detector near the Canadian border.

When a neutrino interacts in the NOvA detector, the particles it produces leave trails of light in their wake. The detector records these streams of light, enabling physicists to identify the original neutrino and measure the amount of energy it had.

When cosmic rays pass through the NOvA detector, they leave straight tracks and deposit well-known amounts of energy. They are great for calibration, says Mat Muether, a Fermilab post-doctoral researcher who has been working on the detector.

“Everybody loves cosmic rays for this reason,” Muether says. “They are simple and abundant and a perfect tool for tuning up a new detector.”

The detector at its current size catches more than 1000 cosmic rays per second. Naturally occurring neutrinos from cosmic rays, supernovae and the sun stream through the detector at the same time. But the flood of more visible cosmic-ray data makes it difficult to pick them out.

Once the Fermilab neutrino beam starts, the NOvA detector will take data every 1.3 seconds to synchronize with the Fermilab accelerator. Inside this short time window, the burst of neutrinos from Fermilab will be much easier to spot. 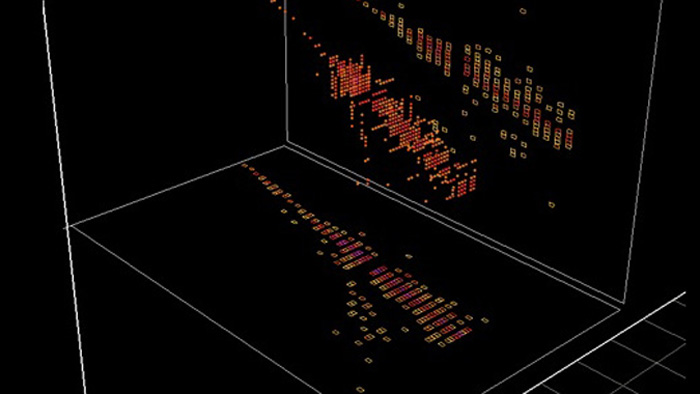 This 3D image shows a cosmic-ray muon producing a large shower of energy as it passes through the NOvA detector in Minnesota.