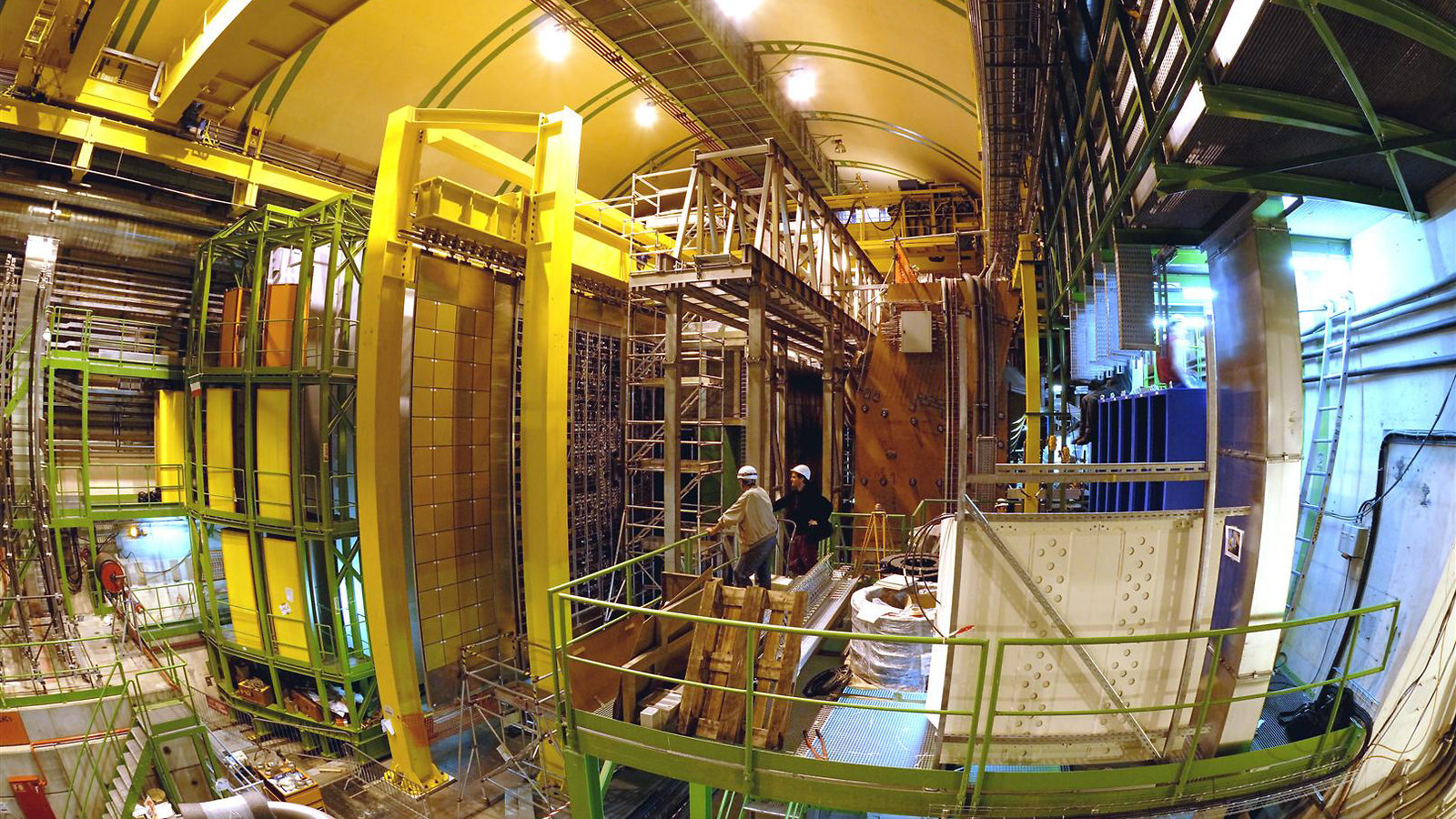 Today, scientists from CERN’s LHCb experiment announced new results in the study of the evolution of our matter-dominated universe.

But scientists think something happened in those first moments to upset the balance, skewing the advantage slightly toward matter.

Over the past several decades, scientists have found that some particles decay into matter slightly more often than they decay into antimatter. The Standard Model of particle physics predicts a certain amount of this imbalance, called charge parity violation.

However, the points this wins for matter can’t account for the amount of it left over in our universe. In fact, calculations suggest that it’s not enough for even a single galaxy. Since there may be as many as 500 billion galaxies in our universe, something is missing.

“We think there has to be another source of CP violation that you don’t see in the Standard Model,” says Sheldon Stone, group leader of Elementary Particle Physics at Syracuse University and a member of LHCb. “The source of this CP violation can be new forces carried by new particles, or even extra dimensions.”

Physicists are looking beyond the Standard Model for another source of CP violation that gave rise to galaxies, stars, planets and, eventually, us.

Between 1964 and 2012, physicists found that several types of mesons—particles made up of quarks and antiquarks—decayed into matter more often than antimatter. But one particle seemed different. In 2011, LHCb analysis hinted that the CP violation in D mesons went beyond the amount predicted in the Standard Model, a possible sign of new physics in the works.

But in results presented today at the Rencontres de Moriond physics conference in Italy, those hints of new physics have melted away, reinforcing the predictions in the Standard Model of particle physics and leaving us with the mystery of why our universe is made of so much matter.

“If we look at it as the glass being half empty, we could be disappointed that the hint for something exciting isn’t confirmed,” says Tim Gershon, LHCb physics coordinator and professor at the University of Warwick. “On the other hand, there was a lot of theoretical work suggesting models to explain effects we’ve seen. New results constrain the models and tell us something about nature.”