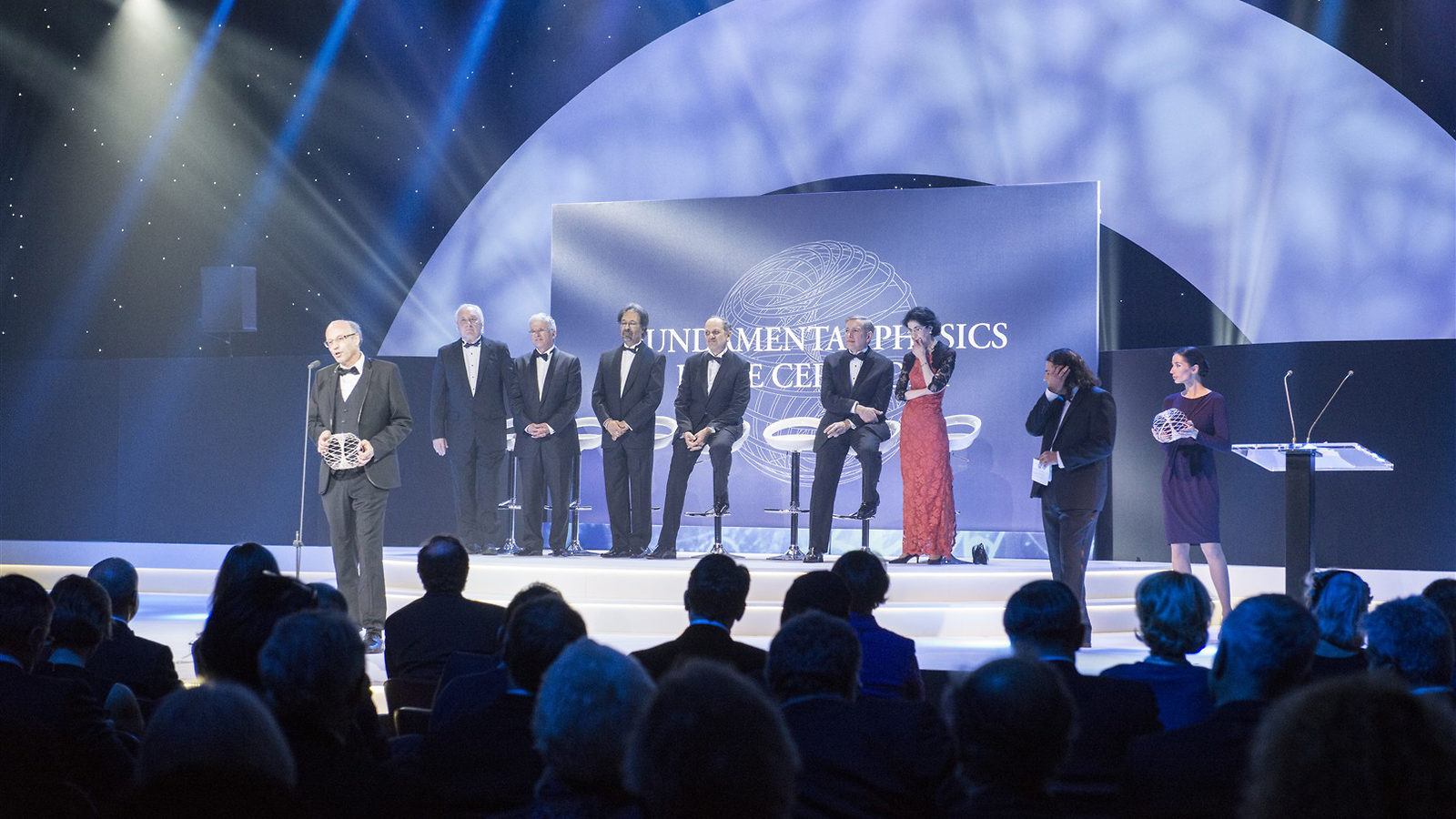 “You can think of this as the Oscars, but instead of movie stars, you’re with the greatest minds in the world,” said actor Morgan Freeman at an award ceremony on Wednesday in Geneva, Switzerland.

The comment garnered laughter from the hundreds of scientists who had forgone their normal uniforms of jeans and sneakers for tuxedos and ball gowns. It takes a lot for some physicists to trade comfort for fashion, but the opportunity to celebrate work accomplished over the past five decades was too good to pass up.

The crowd had gathered for the presentation of the Fundamental Physics Prize, an annual award established by Russian billionaire and physics enthusiast Yuri Milner to recognize outstanding achievements in physics. Last December, a selection committee made up of previous winners announced five semi-finalists in the running for this year's prize.

The committee also gave special awards to British theoretical physicist Stephen Hawking, for his discovery of Hawking radiation, the emission of which causes black holes to lose energy and mass; and to seven scientists from the Large Hadron Collider, for their contributions to the search for the Higgs boson.

Hawking took the stage as his daughter, Lucy, accepted the award on his behalf. As a result of a disorder that causes muscle weakness called amyotrophic lateral sclerosis, Hawking uses a speech-generating device and a motorized wheelchair.

“I would like to thank Yuri Milner for establishing the foundation to recognize work that may never be recognized by the Nobel committee, since much of it is impossible to prove experimentally,” said Hawking in the computerized voice that has become his own. “I never thought my discovery would be confirmed or recognized.”

He summarized the theory of a “no-boundary universe,” proposed with fellow theorist James Hartle, which suggests that time didn’t exist prior to the big bang. Since then, he said, time has existed, but in an unlimited way—every timeline of every possibility exists in different branches of the universe.

“I have a sense of achievement to make these contributions despite having ALS,” he said, adding new meaning to the name of his theory: “My motto is there are no boundaries.”

Freeman then introduced the physicists recognized for their contributions at the Large Hadron Collider. Physicists on two experiments, CMS and ATLAS, announced in summer 2012 that they had discovered a new particle that is likely the theorized Higgs boson that physicists had been hunting since 1964.

The special award was shared among seven physicists (shown in the slideshow at the bottom of the page):

Each recipient said the $3 million award and recognition belonged to the thousands of physicists involved in the work.

When the time came to reveal the winner of the 2013 Fundamental Physics Prize, Alan Guth, one of the 2012 laureates, took the stage with the unopened envelope.

During Hawking’s discussion of no-boundary theory, Hawking had referred to wave function collapse, a phenomenon in quantum mechanics in which a superposition of several possible states is narrowed to a single reality after interaction with an observer.

“Alan, will you please collapse the wave function?” Freeman joked.

Guth took the opportunity to mention that, according to the no-boundary theory, there exist realities in which every laureate is the winner of the 2013 Fundamental Physics Prize.

“But the winner in this branch of the universe,” he announced, “is Alexander Polyakov,” a theorist known for his work with field theory and string theory.

Concluding the ceremony, Freeman said that the work of fundamental physics is not done. There is more to explore and more to discover.

It will be difficult and not always appreciated, but “our laureates will not rest on their laurels,“ Freeman said.

As 2012 award-winner Andrei Linde said earlier in the program, “I tell students, ‘If you can avoid being a physicist, do it.’ But it’s like if you’re a poet. You can’t stop writing poetry. It’ll hurt.”