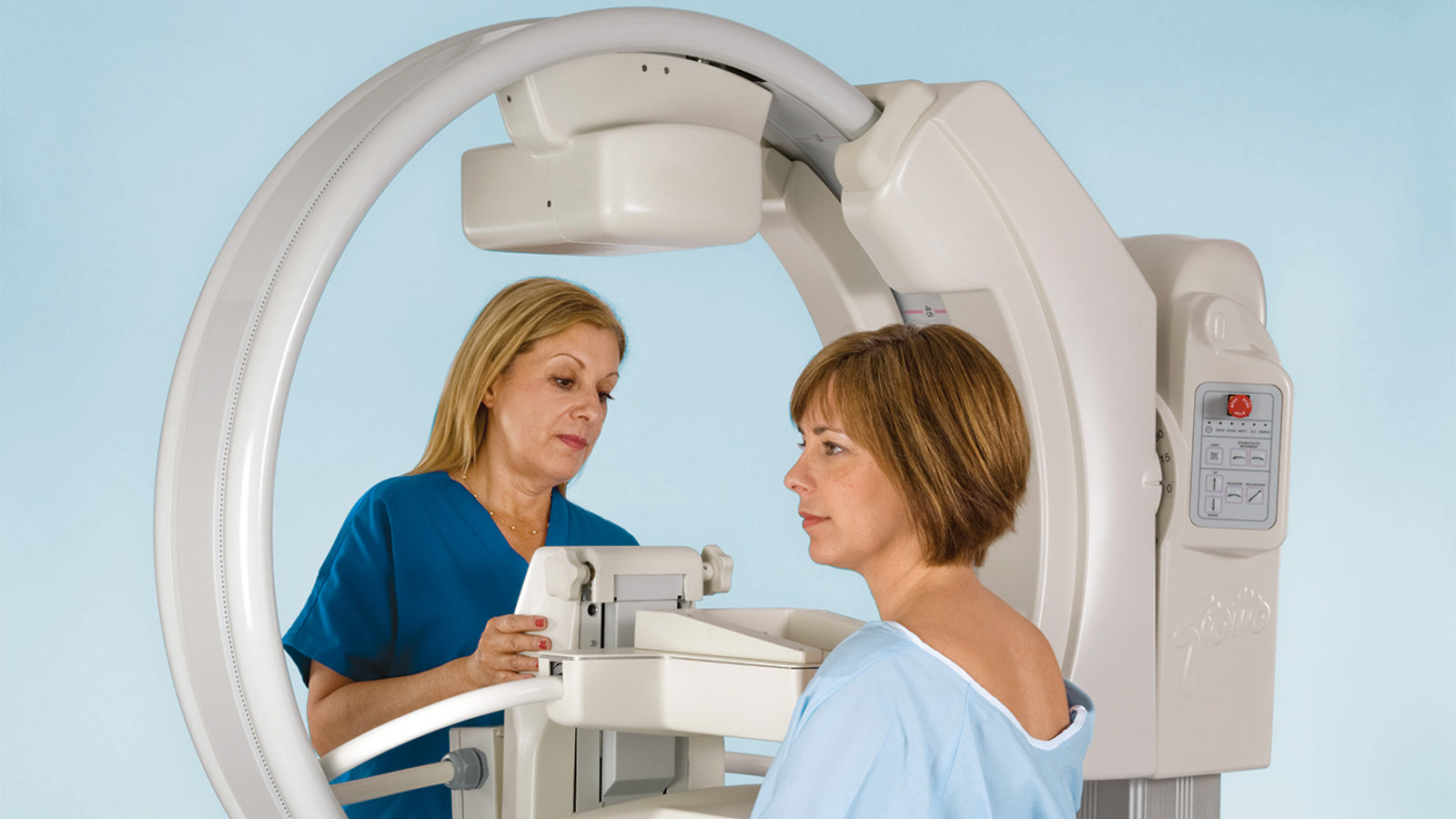 As the most energetic form of light, gamma rays are great for revealing astrophysical phenomena such as supermassive black holes and merging neutron stars.

“The search for the most violent events in the universe has led to the development of the most sensitive gamma-ray detectors,” says Gunnar Maehlum, a former particle physics researcher who is now general manager at Gamma Medica-Ideas, a company that designs integrated circuits for radiation detection. “Due to their superior performance, they are now being introduced into medical diagnostic equipment.”

For tumors hidden within dense tissue, traditional screening sometimes isn’t detailed enough to reveal the cancer. This is especially true in the case of breast cancer. For the 30 percent of women with dense breast tissue, traditional X-ray mammography doesn’t work well because, in an X-ray image, dense tissue appears opaque and white, just like a tumor.

These gamma-ray mammography cameras use cadmium-zinc-telluride detectors and are highly accurate, says Michael K. O’Connor, a professor of radiologic physics at Mayo Clinic in Rochester, Minnesota.

The cameras offer improved resolution of tissue with their 1.6-millimeter pixel size, about two times better than conventional gamma cameras. They can also image all the way to the edge of the detector, unlike traditional gamma cameras, which have a large ring of dead space around the center.

“With these cameras you can detect tumors in the 5- to 10-millimeter range,” O’Connor says. “Ten millimeters is an important number for tumor size: Once you can detect a tumor this size or smaller, the prognosis gets much better. With a tumor of this size, the chances are that it’s localized and surgical removal of the tumor can cure the patient.”

To detect potentially dangerous cell growth using such a gamma camera, a physician injects a radioactive tracer into the patient’s arm. Due to cancer cells’ high metabolic activity, these cells accumulate more of the tracer than normal cells and so emit more gamma rays as it decays. The camera can detect this and records a high-resolution image of the tumor. 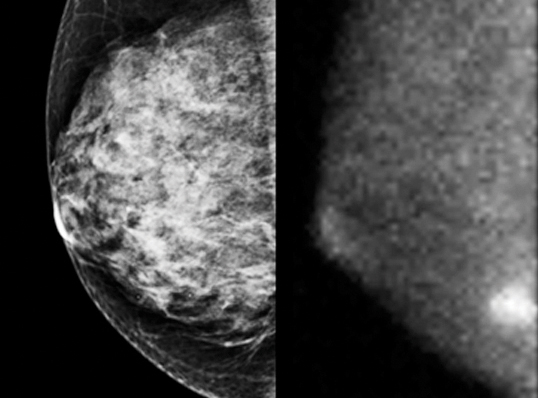 A tumor hidden behind dense tissue in a traditional mammogram (left) appears as a bright spot in a gamma-ray mammogram (right).

“Because dense tissue diminishes the ability of mammography to detect the cancer, but also increases a woman’s chances of getting breast cancer, it’s important to find alternative techniques,” O’Connor says. “This is one of the most promising. We’ve really been astounded by how well it works.”

Particle physics benefits: Adding it up

Stories abound about how particle physics benefits education, the economy, and society as a whole.