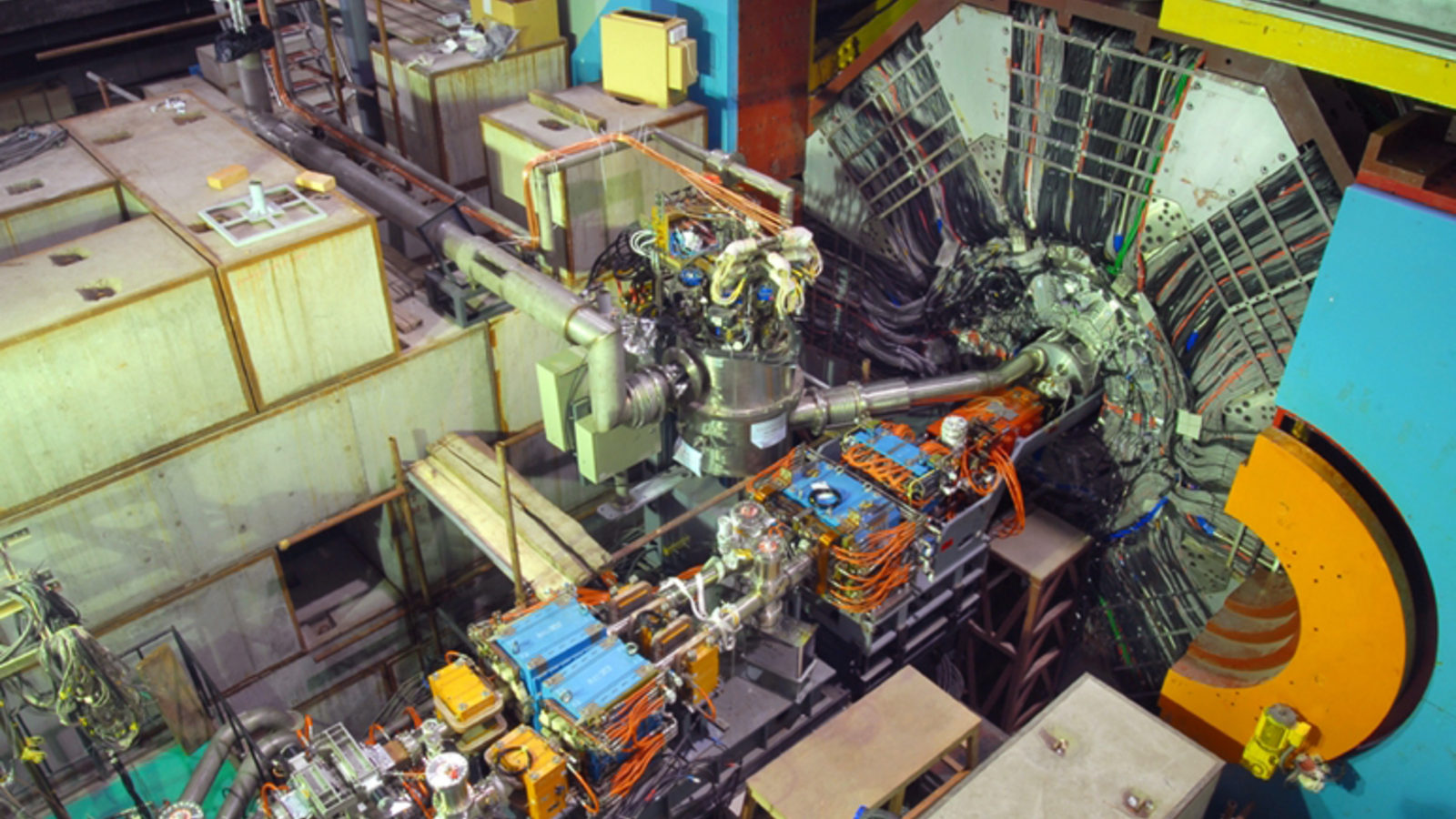 The plot has thickened for scientists studying a recently discovered particle at the Beijing Electron Spectrometer. For the past three months, the BESIII collaboration has studied the “Y(4260)” particle, discovered in 2005, to try to understand why this anomalous creature refuses to conform to scientists’ understanding of similar particles. Surprisingly, the first result from these studies is the observation another new, unexpected and mysterious particle named the “Z_c(3900).”

The Y(4260), originally discovered by the BaBar collaboration, is a bit of an odd duck. Other particles with similar characteristics—called “charmonium”—are composed of a charm quark and an anti-charm quark held together by the strong force. Yet the Y(4260) doesn’t seem to fit this model and its building blocks remain unclear.

In an attempt to better understand the Y(4260), researchers collided electrons and their antimatter counterparts, positrons, at the Beijing Electron Spectrometer using just the right energy to produce more than 1000 observed Y(4260) decays. By seeing how these Y(4260) particles decay into other particles, researchers seek to clarify their internal structure.

Yet, so far, what they’ve seen is even more mysterious than the question they set out to answer. In addition to more common particles, the Y(4260) also decays into the newly discovered  Z_c(3900) particle, which also does not fit into the “charmonium” box. While standard charmonium particles are neutral, the Z_c(3900) is charged.

"We are very excited about this," says Yifang Wang, director of the Institute of High Energy Physics at Beijing, in a press release issued by the institute. "With our Beijing collider, we can accumulate a lot more data that will permit more comprehensive investigations of the nature of this unusual, electrically charged charmonium state. When all of these results are used as inputs to theory, we may begin to open the door toward a fuller understanding of the XYZ particles discovered in recent years."

The flight plan of today's particle physicist can be a dizzying thing.