Data from the world’s most powerful particle colliders should shed light on a 100-year-old astrophysics mystery, but even they cannot explain the perplexing properties of the universe’s most energetic particles. Are ultra-high-energy cosmic rays heavier than expected? Or did scientists inadvertently discover a new type of physics? 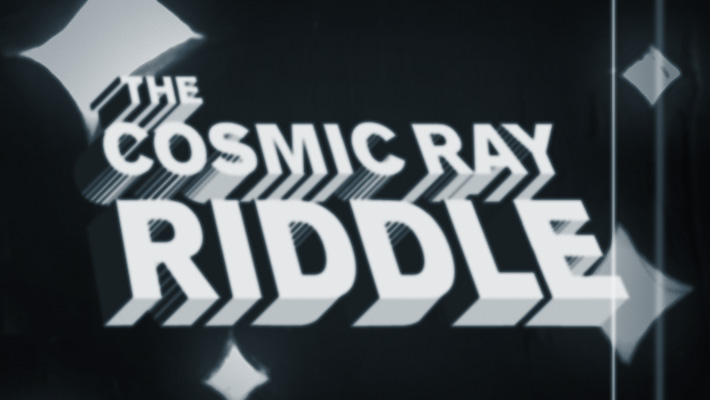 How to save a life: Preserving the physics of John Linsley

Elsewhere on the web

Data from the world’s most powerful particle colliders should shed light on a 100-year-old astrophysics mystery, but even they cannot explain the perplexing properties of the universe’s most energetic particles. Are ultra-high-energy cosmic rays heavier than expected? Or did scientists inadvertently discover a new type of physics?

One hundred years ago, an audacious scientist named Victor Hess ascended 5000 meters in a hot air balloon, armed with an iron-clad resolve to find the source of the mysterious atmospheric ionization scientists had observed around the world.

What he discovered would earn him the 1936 Nobel Prize in physics and change the course of cosmic research. He found that this atmospheric ionization increased with altitude, proving it was not the result of the natural decay of radioactive elements on Earth, as many scientists had theorized, but produced by particles from space.

Scientists call these extraterrestrial particles cosmic rays: tiny, vagrant atomic nuclei that careen around the universe until they crash into the surface of a celestial body. But the more physicists learn about cosmic raysand ultra-high-energy cosmic rays in particularthe more tantalizing the mystery of their origin becomes.

So far, scientists cannot reconcile the perplexing disconnect between results observed at cosmic-ray research facilities, such as the Pierre Auger Observatory in Argentina, and predictions based on data from high-energy particle collisions at Fermilab's Tevatron and the Large Hadron Collider at CERN, the European particle physics laboratory.

"The results we are observing are interesting and mysterious," says Paul Mantsch, the Pierre Auger Observatory project leader. "This discrepancy suggests the possibility of a new physics in which ultra-high-energy protons act like large particles when interacting with atmospheric molecules."

With no pre-existing parameters within which to evaluate their results, cosmic-frontier scientists are pushing into uncharted territory and developing new methods to collect and interpret their data.

A history of high-energy cosmic rays

Ultra-high-energy cosmic rays far surpass the energy of any terrestrial particle. The most energetic cosmic ray ever observed had an energy of 3 x 1020 electronvolts (eV), the kinetic-energy equivalent of a golf ball soaring through the air at 47 meters per second after a powerful drive by Tiger Woodsbut all crammed into a single proton.

Even the most sophisticated machines on Earth can only accelerate particles to approximately 10 billionths of the energy of such ultra-high energy cosmic rays. Particles accelerated in CERN's LHC have a maximum energy around 3.5 x 1012 eV, the kinetic-energy equivalent of a golf ball rolling at a slug's pace of 0.005 meters per second.

The explosion of a star, one of the most powerful sources of energy in the universe, isn't even sufficient: The highest-energy cosmic rays have energy 100,000 times greater than particles released from a supernova.

So how can cosmic rays achieve this astonishing amount of energy?

"We expect that these particles are accelerated over time by the interplay between a magnetic and an electric field," Mantsch says, "but where they come from and what they are is still a mystery."

Ultra-high-energy particles are extremely alluring to physicists, but their paucity presents a challenge for research. Every second, about 10,000 low-energy cosmic rays per square meter crash into the Earth's atmosphere. But every year only about five million ultra-high-energy cosmic rays hit the entire Eartha figure that translates into about one particle per square kilometer per century.

Observing one of these elusive particles is like trying to catch the world's rarest butterfly by randomly swinging a small net. But researchers at the Pierre Auger Observatory have a solution: Use a bigger and better net.

The observatory spans 3000 square kilometers and employs two methods for detecting cosmic rays. The first consists of 1600 tanks, each filled with 12,000 liters of ultra-pure water. These tanks act as crash pads for the billion or so secondary particlesmuons, pions, ions and other atomic shrapnelthat rain down after a cosmic ray shatters an atmospheric molecule. When these secondary particles penetrate the water in the tanks, they generate tiny flashes of light that are recorded by light-sensitive detectors. Scientists can reconstruct the energy and direction of the initial cosmic ray by analyzing the amount and distribution of light.

The second detection technique uses a series of high-tech eyes on the sky. When the cascade of charged particles bumps into atmospheric nitrogen, the nitrogen releases a tiny burp of ultraviolet light. Extremely sensitive detectors watch the cascades of UV burps from incoming cosmic rays and the subsequent particle showers.

Scientists use mathematical models based on high-energy collision data from the LHC and Tevatron to interpret the behavior of cosmic rays. A cursory extrapolation from these models suggests that ultra-high-energy cosmic rays are the nuclei of heavy atoms, like iron, and originate in the nearby galaxy Centaurus A. But a couple of pieces of the puzzle don't quite fit. If the heavy-nuclei-from-Centaurus-A assumption is correct, then scientists should also see lots of low-energy protons from the same galaxy that follow the same pathbut they don't. This evidence alone could rule out this option.

The possibility Auger researchers are currently toying with is that ultra-high-energy cosmic rays are light nuclei that somehow act like heavy particles when they interact with our atmosphere. This conjecture reconciles the discrepancies in the data, but it is an unsettling conclusion for researchers.

The trajectory of a high-energy cosmic ray

Perhaps even more perplexing are the numbers of muons researchers are observing in the secondary particle showers. Researchers predicted the upper and lower limits for the number of muons they should see based on data from the Tevatron and LHC. Low-energy collisions between light nuclei produce the fewest muons, and high-energy collisions between heavy nuclei produce the most. But the actual number of muons observed at the Auger observatory is far above the predicted upper limitanother piece of data that points to either ultra-heavy nuclei or new physics.

But not all cosmic-ray experiments have come to the same conclusions. The Telescope Array at the University of Utah has a detector setup similar to the one at the Auger observatory, but smaller. It has three fluorescence detector stations and 507 surface scintillator detectors spaced 1.2 kilometers apart. 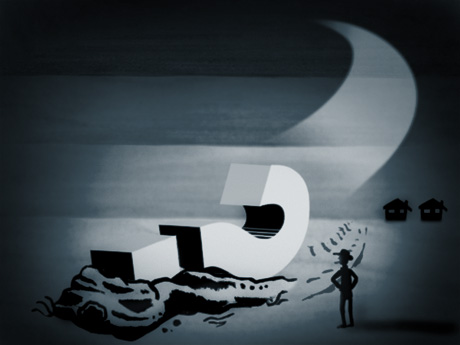 "Our interpretation indicates that the ultra-high-energy cosmic rays are dominated by protons, not heavy nuclei," says Utah University graduate student Zach Zundel. "This interpretation is consistent with other confirmed features in the cosmic-ray spectrum. For instance, the location of the GZK suppression, which is a result of the interaction between protons and the omnipresent microwave background in the cosmos, matches the observed spectrum."

The Pierre Auger Observatory and Utah's Telescope Array have matching data sets; the different conclusions are the result of perspective and interpretation.

"When we interpret our data, we assume that the data set is biased by the detector geometry. We then account for this bias, as well as the reconstruction bias, when calculating our expected values of the shower maximum, which are used to determine the primary particle type," says graduate student Monica Allen, another member of the Utah group.

Scientists at the Pierre Auger Observatory use an unbiased approach for analyzing their results. It is not clear which approach is right; but because the models are an extrapolation from particle collisions with one billionth the energy of the ones they are trying to understand, there will always be ambiguity.

If only Victor Hess knew how confounding and complex his cosmic discovery would become 100 years later.

Cosmic-ray researchers around the world are working together to develop new detection methods that may help to resolve this conundrum.

Other fronts where the cosmic-ray mystery is being tackled include instruments to record radio waves and microwaves released in cosmic-ray showers. Two of these instruments are the University of Chicago's Microwave Detection of Air Showers (MIDAS) telescope and the Dutch-designed Auger Engineering Radio Array (AERA) shower detector, which was recently installed at Auger observatory.

Cosmic-ray researchers are hopeful that CERN's plan to ramp up the energy of the LHC to produce more energetic collisions will help them establish better models to describe the cosmic-ray behaviors they are observing, and at the same time help researchers at the LHC understand the new physics that might be beyond their reach. These combined efforts will allow researchers to view ultra-high-energy cosmic rays through more enlightened eyes, bringing them closer to solving the riddle.