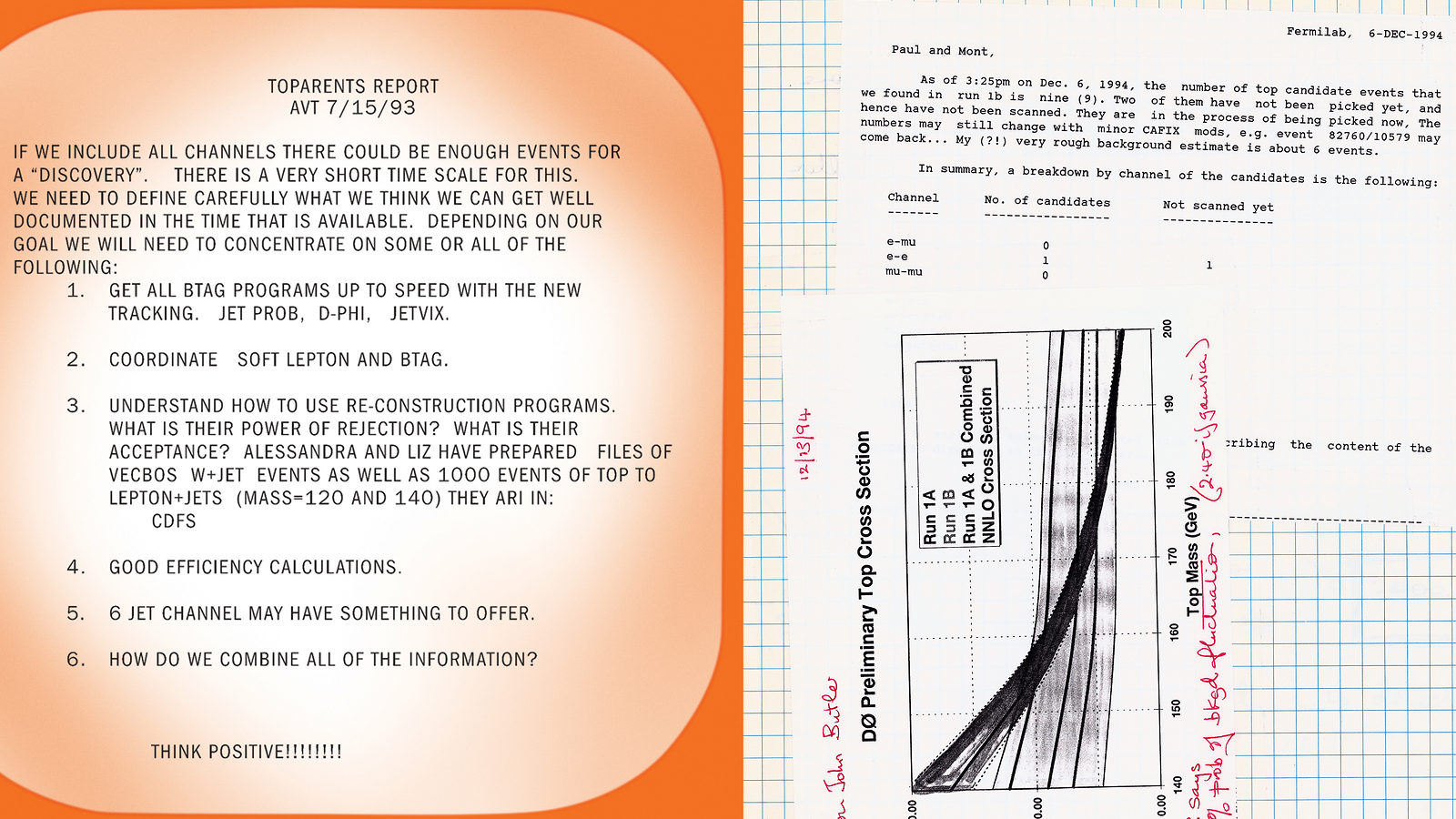 Theorists predicted the existence of a sixth quark in the 1970s, and no one imagined that finding the particle would take another two decades.

On March 2, 1995, the CDF and DZero collaborations at Fermilab jointly announced the discovery of the top quark. The success of the collaborations, which each included hundreds of physicists, followed the construction of the world’s most powerful accelerator, the Tevatron. The machine gave access to a new energy frontier, colliding particles at higher energies than any other accelerator. By 1993, the collaborations had recorded a few intriguing signals that seemed to fit simulations of heavy top quarks decaying into lighter particles. But because of the enormous mass of the top quark—about 40 times larger than the heaviest quark known at the time—the rate at which candidate events emerged was smaller than anticipated. CDF and DZero scientists needed another two years, recording and sifting through millions of collisions to find enough events to claim a discovery. In 2005, the CDF and DZero collaborations will celebrate the 10th anniversary of the discovery of the top quark.

The CDF collaboration had three groups looking for signs of the top quark in different decay channels. As of spring 1993, none of the groups had found a convincing signal. But some CDF physicists realized that combing the three independent analyses might yield a data set that could withstand scientific scru-tiny. Alvin V. Tollestrup was named chair of the “God-parents” committee that coordinated the three searches and helped write the research paper. In July 1993, Tollestrup—speaking on behalf of the “Toparents” committee—outlined in this transparency the work needed to find the top quark in time for the next big physics conference. But the analysis show-ed that the amount of data was still insufficient. Instead, in April 1994, after many internal discussions, the CDF collaboration submitted a paper claiming “evidence for top quark production,” short of reporting a discovery. Collecting new data throughout 1994, CDF scientists submitted a discovery paper in 1995, simultaneously with the DZero collaboration. 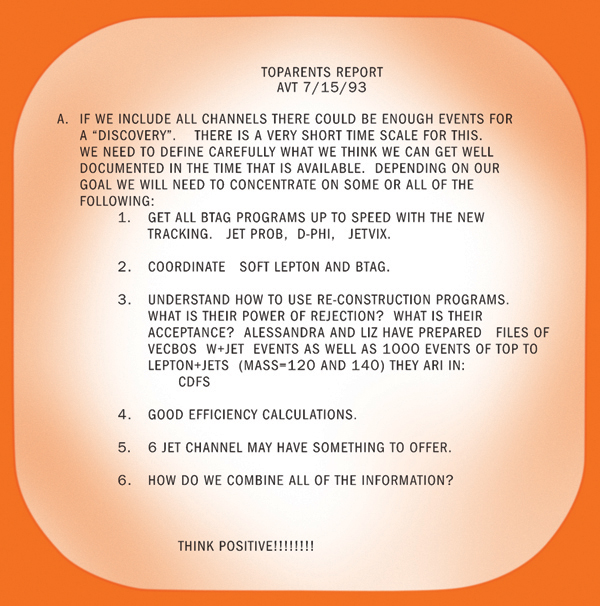 In January 1993, the DZero experiment recorded a single collision event that stood out from anything else recorded ever before. Scientists agreed that the event pattern could stem from the decay of a top quark, but many cautioned that it could also be due to an entirely new form of interaction. Discoveries of particles are rarely based on single events, and the DZero collaboration decided to wait for more data. By December 1994, scientists had found about 10 candidate events. In an email to DZero spokespersons Paul Grannis and Hugh Montgomery, Boaz Klima, co-leader of the top quark physics group at DZero, outlined the status of the DZero top data. A few days later, Montgomery received a preliminary plot of the top quark cross section. He pasted both documents in his logbook, adding that the probability for the top quark signal to come from background fluctuations was 0.78 percent. New data and a modified analysis led to a discovery announcement, simultaneously with CDF. 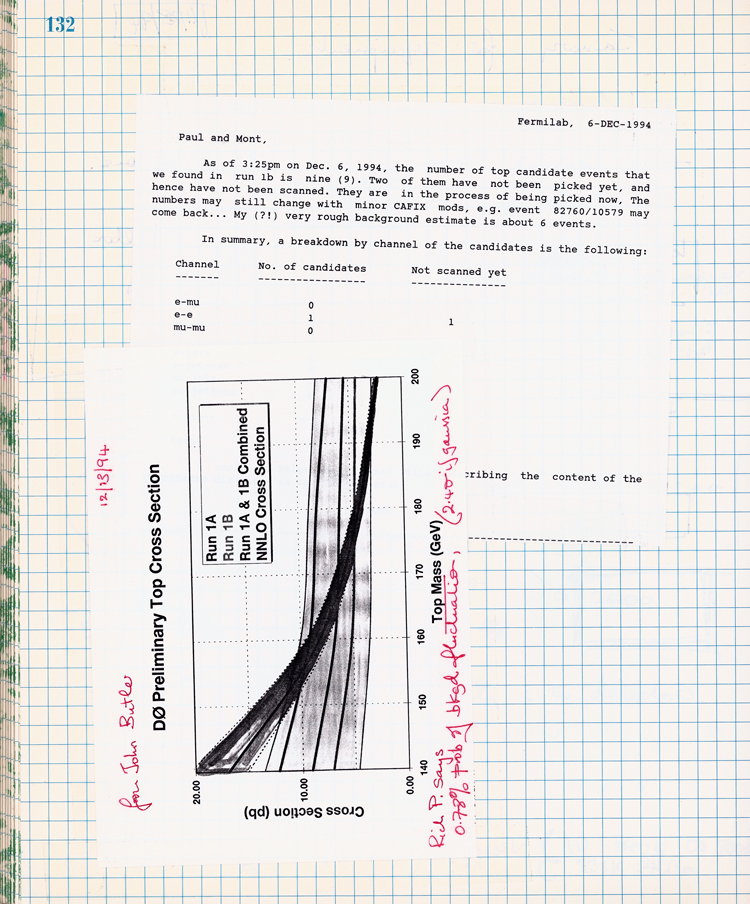 Hugh Montgomery
Follow
Use your browser’s print dialog box to create a pdf.
Popular on symmetry