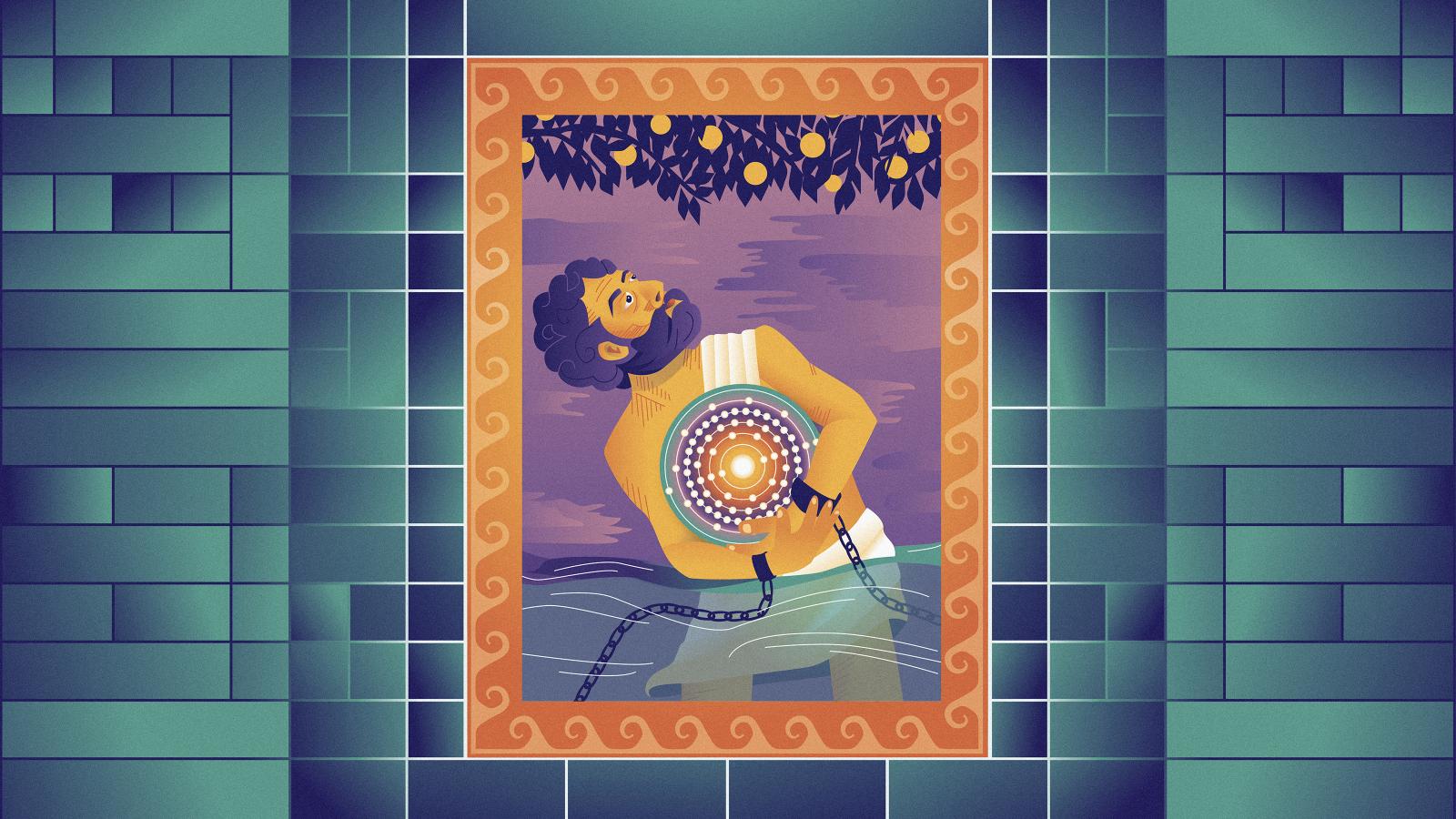 In Greek mythology, the Olympic gods punished the demigod Tantalus by chaining him in a pool of water beneath a tree heavy-laden with fruit. If Tantalus reached toward the fruit to satisfy his hunger, the branches recoiled. If he stooped to slake his thirst, the water receded.

The story of this perpetual punishment is the origin of both the verb “to tantalize” and the related word “tantalum.” Tantalum is a rare element formed in the heart of dying stars, named for its inability to absorb acid, even when immersed in a pool of it.

Much like the water and fruit that evaded Tantalus, a complete understanding of an isotope of tantalum has evaded scientists. “Probably every nuclear physicist has heard of this problem; it’s an open, standing question,” says Samuel Meijer, a staff scientist at the US Department of Energy’s Los Alamos National Laboratory.

But the tantalum question may soon have an answer, thanks to a detector originally designed to study neutrinos. 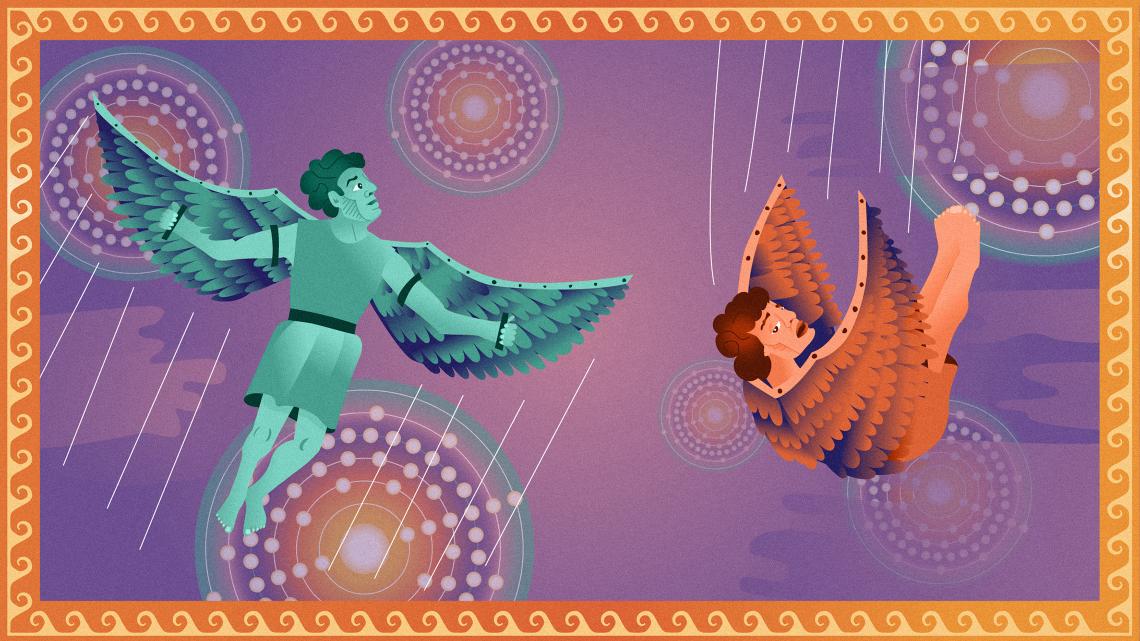 Up in the air

In the nuclear world, particles are constantly seeking equilibrium.

When a proton or neutron in the center of an atom receives a burst of energy, it leaps to a higher, unstable energy level, like a child receiving a push on a playground swing. To regain stasis, the proton or neutron decays, falling back like the swing swaying back to its lower energy level.

This usually happens right away. But sometimes, says Ralph Massarczyk, also a staff scientist at Los Alamos, the proton or neutron gets stuck.

A “stuck” particle—our child on a swing, now mysteriously suspended mid-air—is ruled by a strange law of physics called “spin-suppression.”

These stuck particles, called metastable isomers, do eventually come unstuck again. Scientists know this because they have seen almost every one of them do it—except one.

“Tantalum-180m is the only unobserved metastable state decay,” Meijer says.

Theory predicts that the half-life of tantalum-180m, one of tantalum’s two natural states, should be between 1017 and 1018 years. That’s far longer than the universe itself has existed.

Some tantalum-180m atoms will decay more quickly than others. Scientists can increase their chances of witnessing a decay by increasing the number of atoms they monitor and by decreasing backgrounds. Still, the longer the lifetime, the more difficult catching the decay becomes.

Tantalum is among the rarest elements in the solar system, and the tantalum-180m isotope makes up only 0.012% of naturally occurring tantalum.

The telltale sign of tantalum-180m’s decay is the release of a gamma ray. In an ultra-sensitive detector, even small amounts of background radiation from the sun, the atmosphere and dust can crowd that signal out.

In 2016, researchers in the HADES underground laboratory in Belgium placed 1.5 kilograms of tantalum (containing about 180 milligrams of tantalum-180m) between two high-purity germanium detectors in the hopes of observing a decay.

The collaboration watched and waited 244 days for a signal that never came. The HADES experiment set the most stringent lower limit on the lifetime of tantalum-180m: 4.5x1016 years. 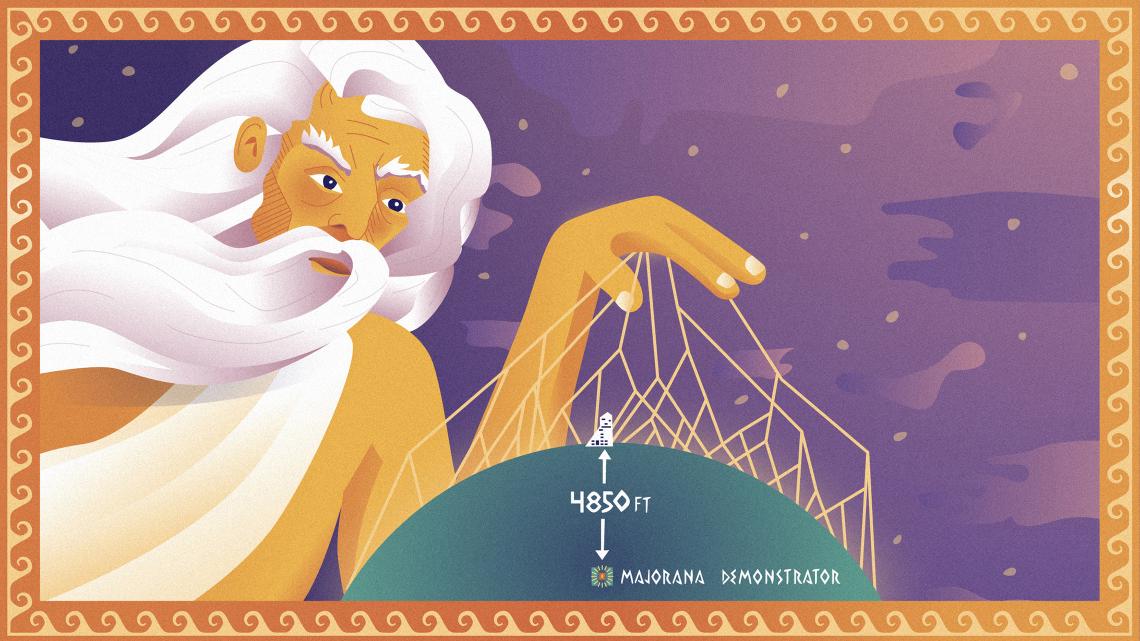 A new effort to observe the decay of tantalum-180m is underway, at a detector originally constructed to observe an even rarer process.

The Majorana Demonstrator was built to test technology for the search for neutrinoless double-beta decay—a theoretical process that releases two neutrinos, which crash into one another and mutually destruct.

Observing neutrinoless double-beta decay would answer an important question physicists have about neutrinos: Are they their own antiparticles? If they can annihilate one another, they must be.

The Majorana Demonstrator collaboration built their detector with ultra-pure materials, then placed it within layers of shielding in a cleanroom 4,850 feet underground at Sanford Underground Research Facility in South Dakota. There, nearly a mile of rock shields the experiment from backgrounds created by cosmic rays and the sun.

After six years of operation, the Majorana Demonstrator scientists proved their technology and paved the way for a next-generation experiment. As the experiment run drew to a close, collaboration members Massarczyk and Meijer proposed that the detector and lab space be repurposed to study tantalum-180m.

Massarczyk and Meijer took on the task in April, becoming primary investigators—PI and co-PI, respectively—for the new experiment. They placed 17.4 kilograms of tantalum (containing about 2.088 grams of tantalum-180m) inside the Majorana Demonstrator detector.

With the support of the Los Alamos Lab-Directed Research and Development program, Massarczyk says, the scientists were able to create the new experiment with minimal effort and minimal cost.

The Majorana Demonstrator will build on the HADES collaboration’s already impressive result.

“Compared to the HADES experiment, we have more than 10 times the tantalum mass,” Meijer says. “We also have an array of 23 detectors, compared to the 2 detectors used previously. This gives us a higher measurement efficiency, and we are more likely to see the signature gamma rays that come off the tantalum-180m.”

“It is difficult to measure a handful of atoms for 1019 years, so instead, we might watch 1019 atoms for a handful of years and count up how many decays we see,” says Meijer. “Because determining the half-life of an isotope is a statistical process, you want to see as many decays as possible to estimate the half-life with greater precision. Increasing both the number of atoms and the measurement time improves the number of signals you might see.”

If the prediction is correct, the experiment will finally witness a decay of tantalum-180m.

But the scientists could also find that the theoretical prediction is wrong.

“If the prediction is wrong, that’s still exciting, because it points us in a new direction,” Meijer says. “In some sense, you can’t really lose by trying to make this measurement with this setup. We know that we will measure something interesting, regardless of what happens.”