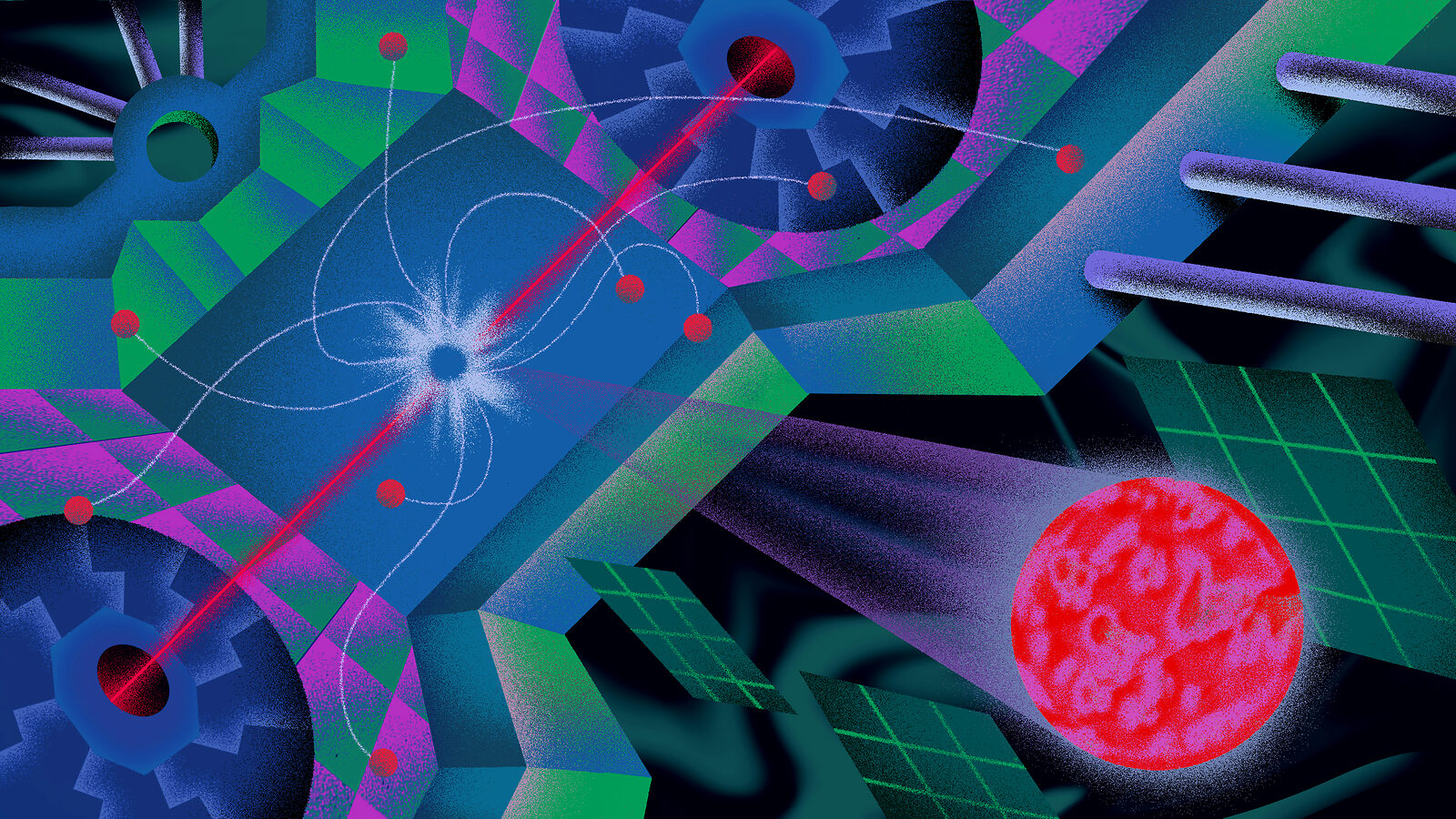 Duke University postdoc Katherine Pachal has spent the last ten years—from undergraduate on—searching for new particles with the ATLAS experiment at the Large Hadaron Collider. “I’ve always been a search person,” she says.

Physicists discovered the Higgs boson in 2012, but since then the list of known fundamental particles has remained static.

This hasn’t dampened Pachal’s enthusiasm for the search for new particles. Rather, she sees it as an indication that physicists need to look for them in an innovative new way.

When scientists designed detectors for the LHC, they wagered that new forces, fields and physics would come in the form of extremely short-lived particles that decay almost precisely at their points of origin. Scientists catch the particles that behave this way—such as the aforementioned Higgs bosons—in detectors surrounding the collision points.

“The primary goal of ATLAS and CMS was to find the Higgs, and we built darn good experiments to do that,” Pachal says.

With many unanswered questions still looming in the field, LHC physicists are revisiting their original assumptions and reinventing their tools and techniques to reach for long-lived particles—ones that could travel long distances before becoming detectable. 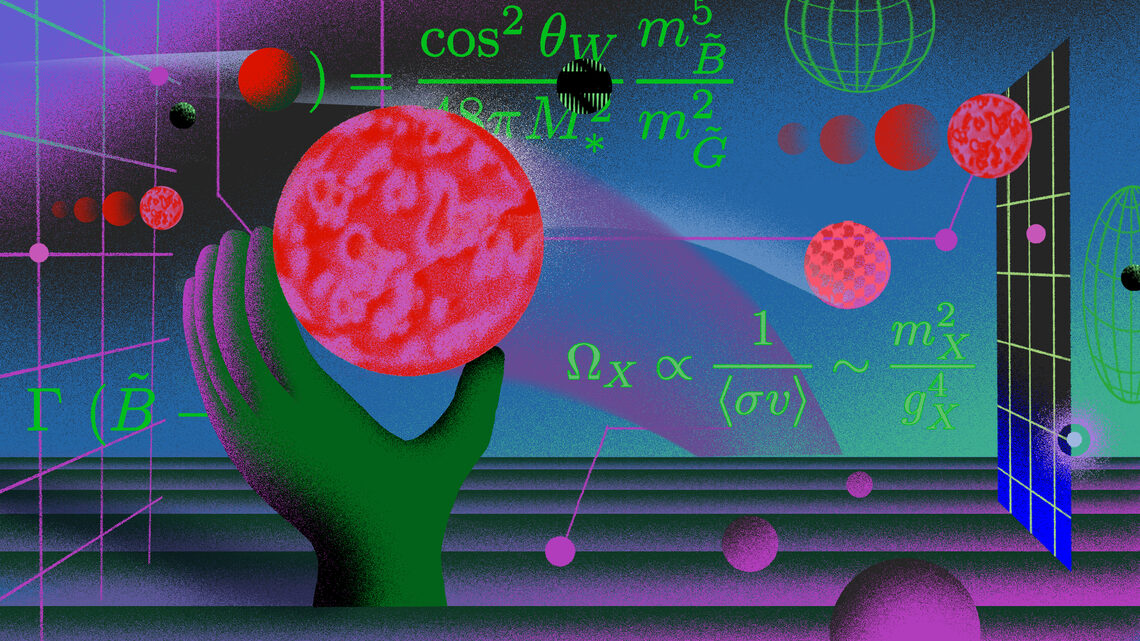 “We already have long-lived particles in the Standard Model,” says Jingyu Luo, a graduate student at Princeton University.

Muons, for instance, can travel several kilometers before decaying (which is the main reason the particle detectors at CERN are so enormous). Protons and electrons may not decay at all.

According to theorist Jonathan Feng at the University of California, Irvine, physicists were originally hesitant to search for additional long-lived particles because there seemed to be no real need for them in the theory.

Feng’s feelings changed in 2003 when he was building upon a popular set of theories called supersymmetry, and a long-lived particle popped out of his equations. “There was no way around it, we needed long-lived particles,” he says. “This was different than putting it in by hand. It was coming out of a very well-structured theory.”

But these theoretical particles seemed out of the grasp of the experiments running at the LHC.

The detectors for the ATLAS and CMS experiments—funded by CERN member states and other contributing countries including the United States, via the US Department of Energy’s Office of Science and the National Science Foundation—generate about 50 terabytes of data a second. Most of this data comes from already well-understood subatomic processes, and a series of increasingly selective trigger systems evaluate the onslaught of hits and only pass along events that they pre-approve as “high quality and potentially interesting.” But a new type of long-lived particle wouldn’t necessarily have any of these pre-defined ‘interesting’ characteristics.

“Our trigger systems are lacking a lot of the information that is core to many of our long-lived particle searchers,” Pachal says.

These systems make snap judgments based on factors such as the amount of energy a collision leaves in the detector (a good indicator of the presence of a rare, massive particle). Scientists have already developed software that helps their trigger systems scan parts of the detector for signs of long-lived particles. But for a truly comprehensive search, they need to consider detailed particle tracks.

“In the past, we were restricted by how time-consuming it is to reconstruct all the tracks,” Pachal says. In the next run of the LHC, “we’re improving our software so that we can use more of the detector to look for particle tracks in the trigger, and this will help us make these more subtle decisions.” 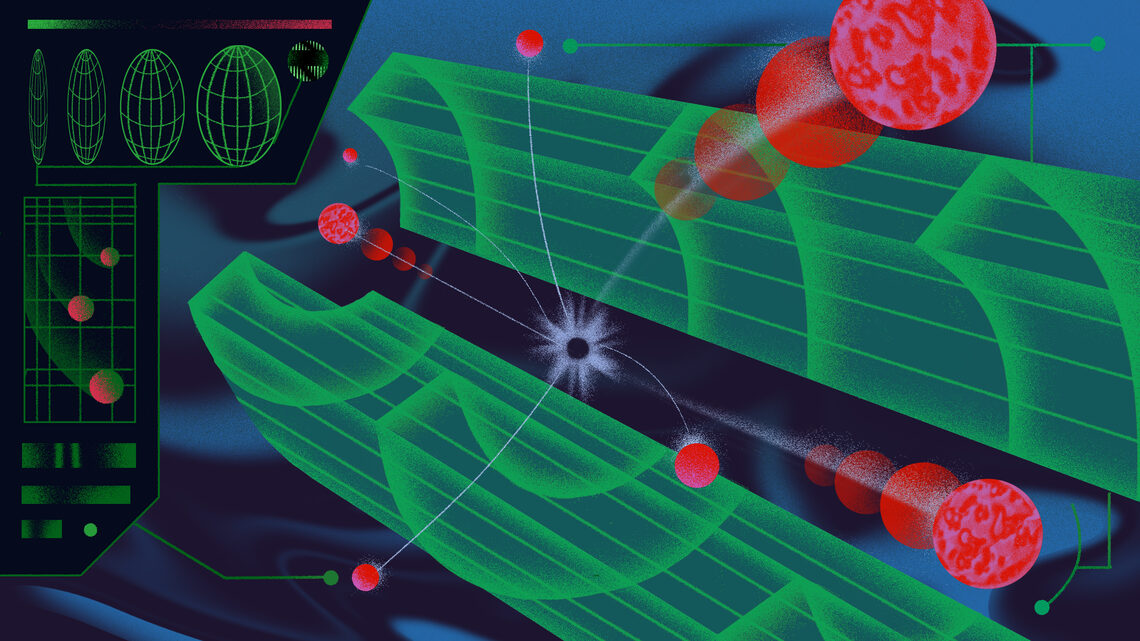 Even if long-lived particles are out there waiting to be found, there is still the question of whether scientists can find enough of them to claim a discovery.

Traditional techniques to pick out possible sightings of new particles involve a series of strict cuts, removing giant chunks of the dataset at a time. “For instance, if I had a room full of people and wanted to find fans of the Italian composer Ennio Morricone, I could make a series of judgements such as, ‘people between 50 and 70 are good candidates to like this kind of music’ and focus my attention on them,” Luo says. “But in reality, it’s so much more complicated than that.”

To separate long-lived particle candidates from an ocean of look-alikes, Luo is incorporating machine earning.

Traditional techniques rely on a series of pre-programed “yes” or “no” check boxes to determine which events to keep. Machine-learning algorithms, on the contrary, examine thousands of collision events to build a deep understanding of how different variables interplay with one another to create the kind of particle signatures physicists are looking for.

By the time physicists look at the data deemed “interesting,” their machine-learning framework is already a collision connoisseur. Like an expert judge scoring rhythmic gymnastics at the Olympics, it has built up enough specialized knowledge to rate each contender.

The avoidance of strict cuts gives physicists increased flexibility to conduct these kinds of blue-sky searches.

Luo and his colleagues are working on model-independent searches at the LHC. Their goal is to stay sensitive to many types of potential long-lived particles, with a wide range of characteristics. “Leave no stone unturned,” he says.

In fall of 2017, Feng and colleagues proposed building one such detector, which they named FASER. To catch long-lived particles that might escape the ATLAS experiment, FASER will sit in an unused tunnel that just happens to be right along the path they expect particles to follow, 480 meters from the ATLAS detector.

Construction for FASER started in 2019. It is scheduled to start operation when collisions resume at the LHC, foreseen for late 2021 or early 2022.

Teams of scientists are designing other, larger detectors—with names such as CODEX-b and MATHUSLA—to be built near other LHC collision points.

With the help of these improved tools and techniques, the LHC physics community will be poised to jump on new physics. “There’s a moment for everything, and the moment for long-lived particles is starting,” Pachal says.