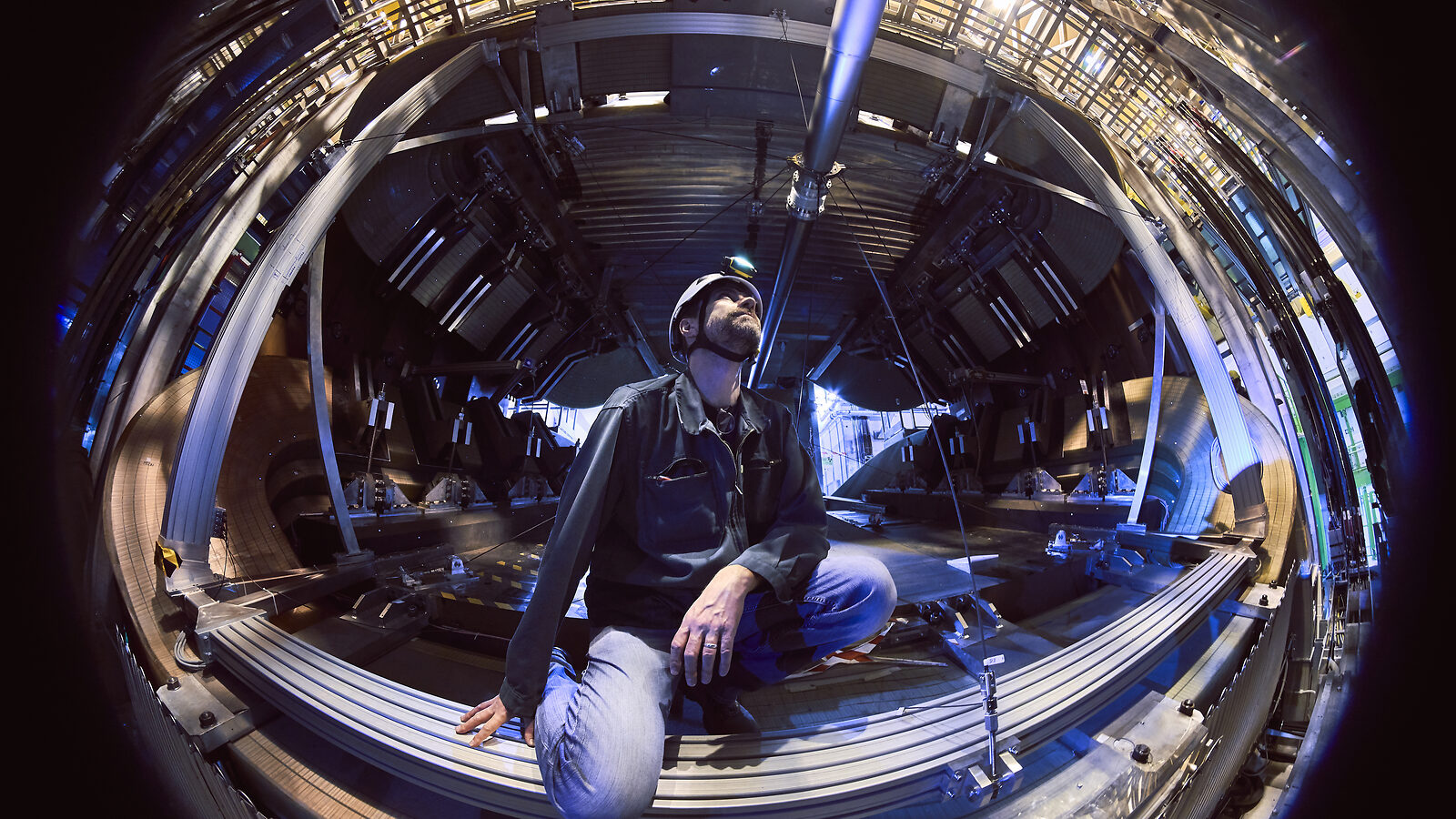 About 90% of people are right-handed. This human preference for right over left is an example of parity violation: when the mirror image of something is not equivalent to the original.

Scientists on the LHCb experiment at the Large Hadron Collider study much more subtle differences between matter particles and their antimatter equivalents. A recent analysis allowed them to revisit an old mystery—an asymmetry between asymmetries. 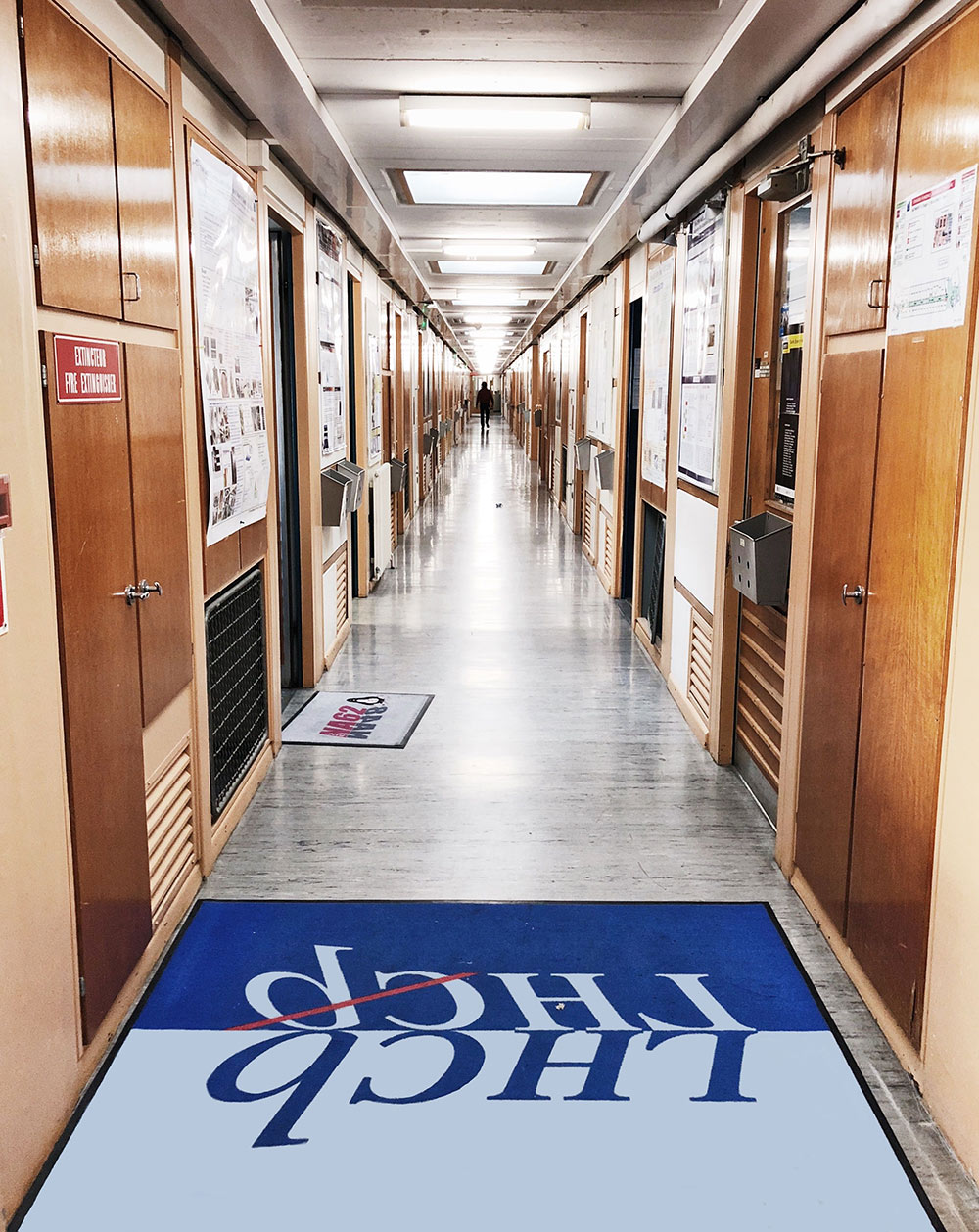 Asymmetries are the reason we exist. CP violation—when mirror-image particles with equal and opposite charges do not have equal-and-opposite behavior—is the reason the universe was able to grow into more than the fizzing soup of particles that defined it after its birth 13 billion years ago.

“The universe started with a big bang, liberating an enormous amount of energy,” says David London, a theoretical physicist at the University of Montreal.

Through Albert Einstein’s equation E=MC2, energy can transform into matter. But as if wished for on the Monkey’s Paw, every new drop of matter is accompanied by an equal and opposite drop of antimatter.

Antimatter is almost identical to matter except many of its properties are reversed.  “In many senses, it is the perfect mirror image of matter,” says Will Parker, a postdoc at the University of Maryland.

When matter and antimatter meet, they can run Einstein’s equation in reverse and reform back into energy, leaving no particles behind. But somehow, all of the matter particles we see in the universe did not annihilate; they are still around. This raises the question: Where did all the antimatter go?

“We’d expect equal amounts of matter and antimatter,” London says, “but observations show that there is almost no antimatter.”

Scientists have been puzzling over this question for decades. The first breakthrough came in the 1960s when scientists studying a type of particle called kaons found something funny.

Kaons—much like protons—are composed of fundamental components called quarks. But unlike protons, kaons contain one matter and one antimatter quark. Even more strangely, these two quarks rapidly flip between their matter and antimatter personas like two kids fighting over who gets to play Spiderman and who has to play his evil counterpart Venom.

Scientists have discovered that, much like most siblings fighting over roles, the quarks inside kaons are not equally matched in this conflict: the transition in one direction is easier than in the other, resulting in a surplus of kaons containing a matter down quark and an antimatter strange quark at any given time.

This one break in CP symmetry is not enough to explain what happened to all the antimatter after the big bang. “The Standard Model of particle physics explains the CP violation we see in kaons,” London says. “But it’s not big enough to explain the CP violation we see in the early universe. We’re hoping to see something new that the Standard Model cannot explain.”

Scientists on the LHCb experiment at CERN are picking up the case. LHCb—an international experiment whose US involvement is funded by the National Science Foundation—studies particle collisions produced by the Large Hadron Collider. Parker and his colleagues are using these collisions to examine CP violation in B mesons, a phenomenon first observed by the Belle and BaBar experiments in the early 2000s. Like kaons, B mesons contain a matter quark and an antimatter quark that oscillate between the two identities. LHCb scientists use their detector to capture the decay products of these flippant B mesons and reconstruct their final internal configurations.

Recently, LHCb independently confirmed that neutral B mesons indeed have a preferred internal configuration and showed that the extent of this favoritism depends on how the B mesons decay. In one decay path, LHCb confirmed a 55-45 favoritism for neutral B mesons that contain a matter down quark and antimatter bottom quark.

Like the asymmetry in kaons, these results cannot account for all the missing antimatter. But LHCb’s research presents a conundrum of its own. While LHCb scientists saw a clear favoritism for one configuration in neutral B mesons, they also confirmed that the same favoritism does not exist for charged B mesons, an effect first seen at BaBar and Belle. LHCb’s result significantly strengthens this mysterious asymmetry of the asymmetries.

“We would have expected to see the same asymmetry,” says Hassan Jawahery, a professor at the University of Maryland. “Why neutral B mesons have a 10% asymmetry in this configuration and charged B mesons have zero is a puzzle.”

LHCb scientists need more data to further scrutinize the apparent lack of asymmetry in charged B mesons. Even if the asymmetry is truly zero, there is no agreed upon explanation for the discrepancy.

The Standard Model's predictions evolve with new experimental data and theoretical input, and the apparent mismatch could just be a few loose screws that need some additional tightening. But according to Hassan, this could indeed be one of the few results the Standard Model cannot explain.

“If you go back in the history of particle physics, new things often show up in unexpected ways,” Jawahery says, “It’s little things that just don’t fit the picture, and eventually, you cannot ignore it anymore. This is definitely a puzzle. But whether or not it’s something new, it’s still too early to say.”