LHC swings back into action

Protons are colliding once again in the Large Hadron Collider. 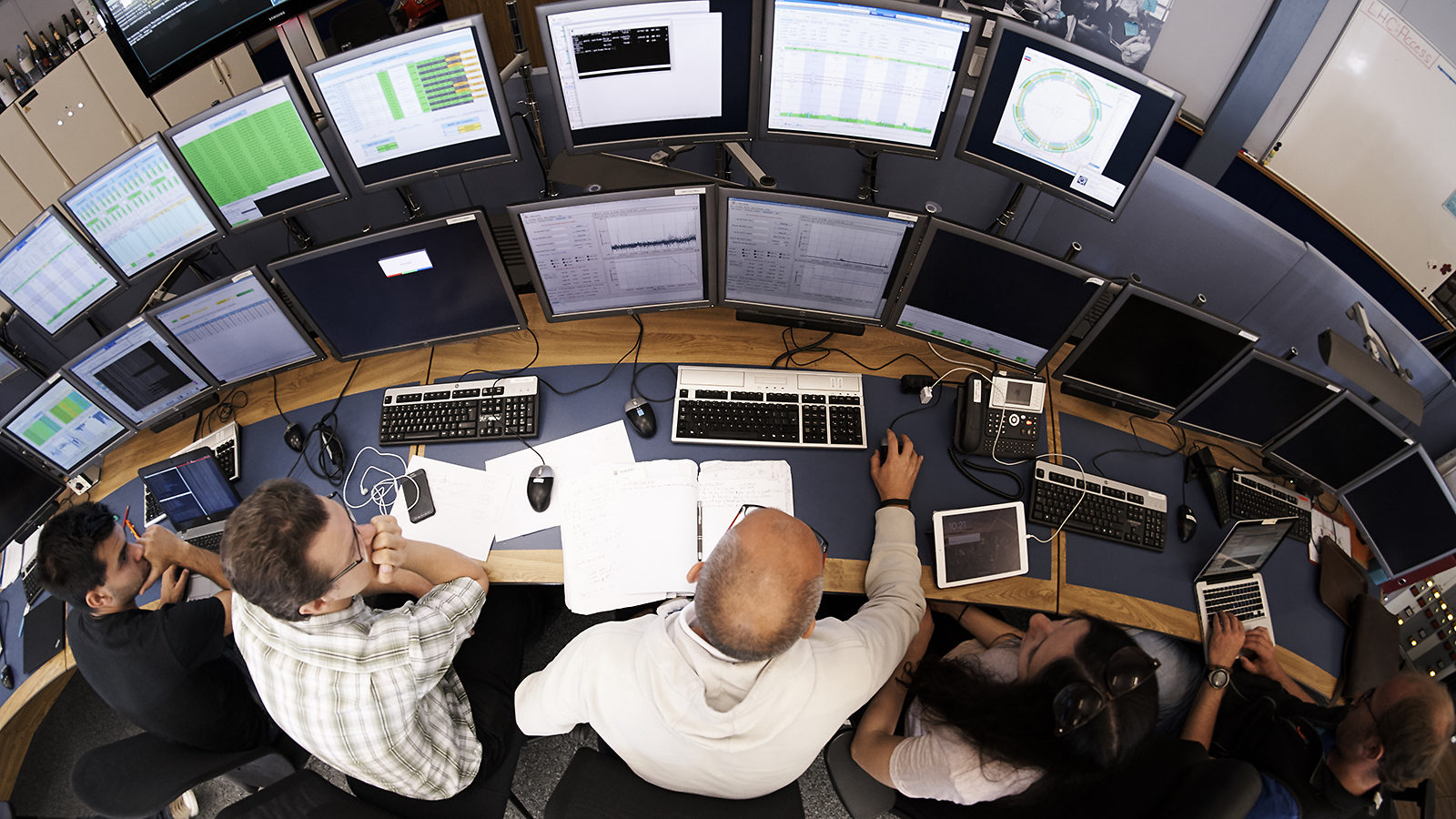 This morning at CERN, operators nudged two high-energy beams of protons into a collision course inside the world’s largest and most energetic particle accelerator, the Large Hadron Collider. These first stable beams inside the LHC since the extended winter shutdown usher in another season of particle hunting.

The LHC’s 2017 run is scheduled to last until December 10. The improvements made during the winter break will ensure that scientists can continue to search for new physics and study rare subatomic phenomena. The machine exploits Albert Einstein’s principle that energy and matter are equivalent and enables physicists to transform ordinary protons into the rare massive particles that existed when our universe was still in its infancy.

“Every time the protons collide, it’s like panning for gold,” says Richard Ruiz, a theorist at Durham University. “That’s why we need so much data. It’s very rare that the LHC produces something interesting like a Higgs boson, the subatomic equivalent of a huge gold nugget. We need to find lots of these rare particles so that we can measure their properties and be confident in our results.”

During the LHC’s four-month winter shutdown, engineers replaced one of its main dipole magnets and carried out essential upgrades and maintenance work. Meanwhile, the LHC experiments installed new hardware and revamped their detectors. Over the last several weeks, scientists and engineers have been performing the final checks and preparations for the first “stable beams” collisions.

“There’s no switch for the LHC that instantly turns it on,” says Guy Crockford, an LHC operator. “It’s a long process, and even if it’s all working perfectly, we still need to check and calibrate everything. There’s a lot of power stored in the beam and it can easily damage the machine if we’re not careful.”

In preparation for data-taking, the LHC operations team first did a cold checkout of the circuits and systems without beam and then performed a series of dress rehearsals with only a handful of protons racing around the machine.

“We set up the machine with low intensity beams that are safe enough that we could relax the safety interlocks and make all the necessary tweaks and adjustments,” Crockford says. “We then deliberately made the proton beams unstable to check that all the loose particles were caught cleanly. It’s a long and painstaking process, but we need complete confidence in our settings before ramping up the beam intensity to levels that could easily do damage to the machine.”

The LHC started collisions for physics with only three proton bunches per beam. Over the course of the next month, the operations team will gradually increase the number of proton bunches until they have 2760 per beam. The higher proton intensity greatly increases the rate of collisions, enabling the experiments to collect valuable data at a much faster rate.

“We’re always trying to improve the machine and increase the number of collisions we deliver to the experiments,” Crockford says. “It’s a personal challenge to do a little better every year.”