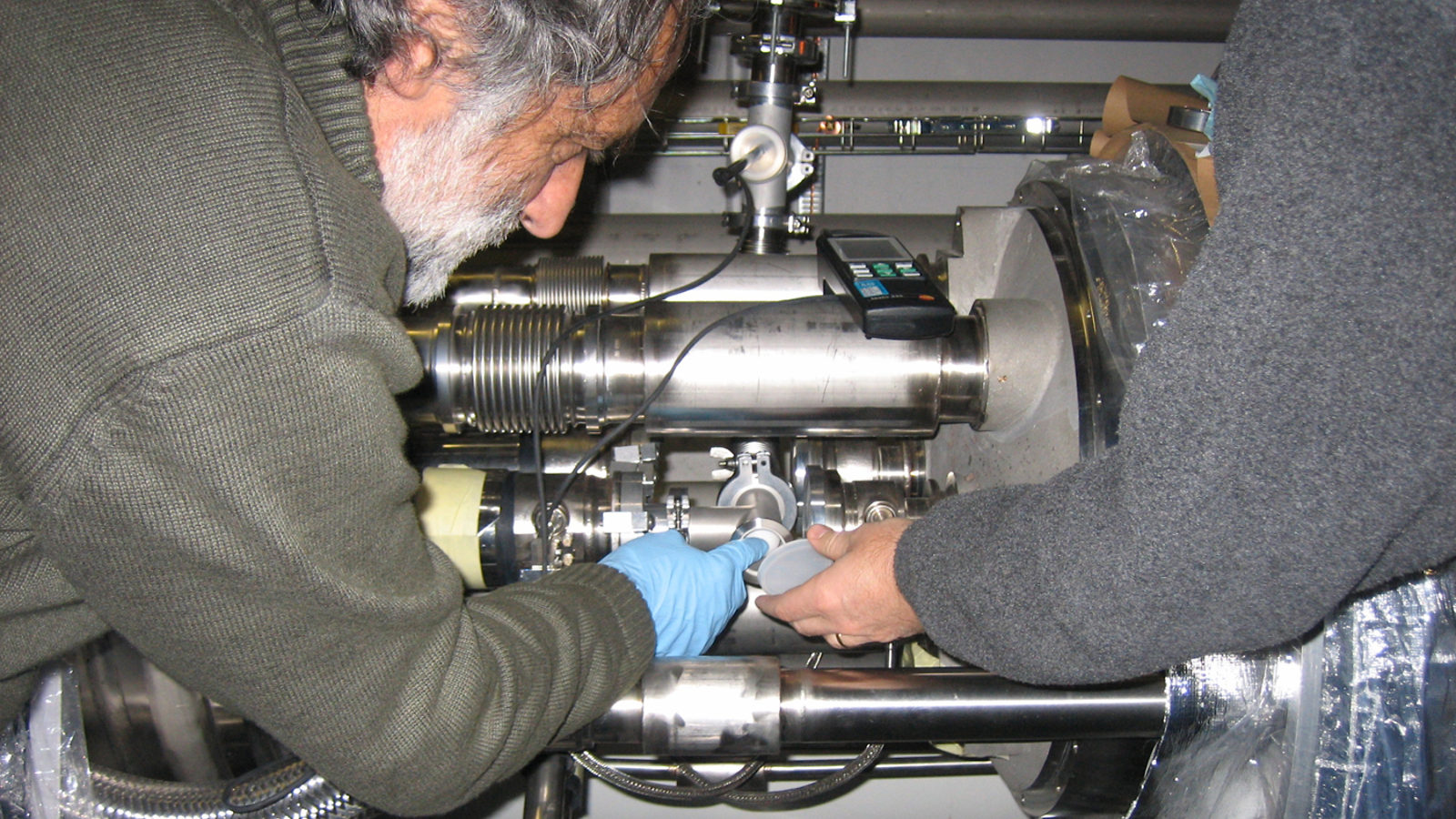 Physicists sent a carefully sterilized, slightly-smaller-than-regulation ping-pong ball through a 2-mile section of the Large Hadron Collider today. They were searching for possible defects in the connections between magnets that can arise as they change temperature.

The so-called radio-frequency ball, first developed in 2007, carried a small transmitter that allowed scientists to track its progress. It moved through simple suction, pinging every third of a mile.

"The beam pipes are fragile,” says Vincent Baglin, the leader of the LHC beam vacuum section at CERN. “We always have to check and crosscheck to minimize any problems. This is a simple test that can prevent complicated issues."

The LHC's 17-mile circumference is composed of eight straight sections joined together by eight arcs. More than 1600 magnets bend and focus the beams of particles that circle the collider at close to the speed of light. Interconnections, some of which resemble long, copper fingers, ensure that electricity flows from one magnet to the next.

These interconnections are installed at room temperature, but they must operate at well below freezing when the machine is turned on. The metal contracts by about 40 millimeters when this happens. Usually, the fingers manage to stay flat. But, occasionally, the fingers buckle, creating a bulge that can block a particle beam.

Testing this with the actual beam would be a months-long, labor-intensive process, requiring cooling down the LHC and then warming it back up again to fix any identified problems.

So scientists opt for a test that takes about 15 minutes per section instead. Rather than sending a beam through the pipe, they send the RF ball. If it gets stuck, technicians use an endoscope to look into the pipe and diagnose the problem.

The LHC passed today’s test, but it will need to pass many more before its scheduled restart in 2015.