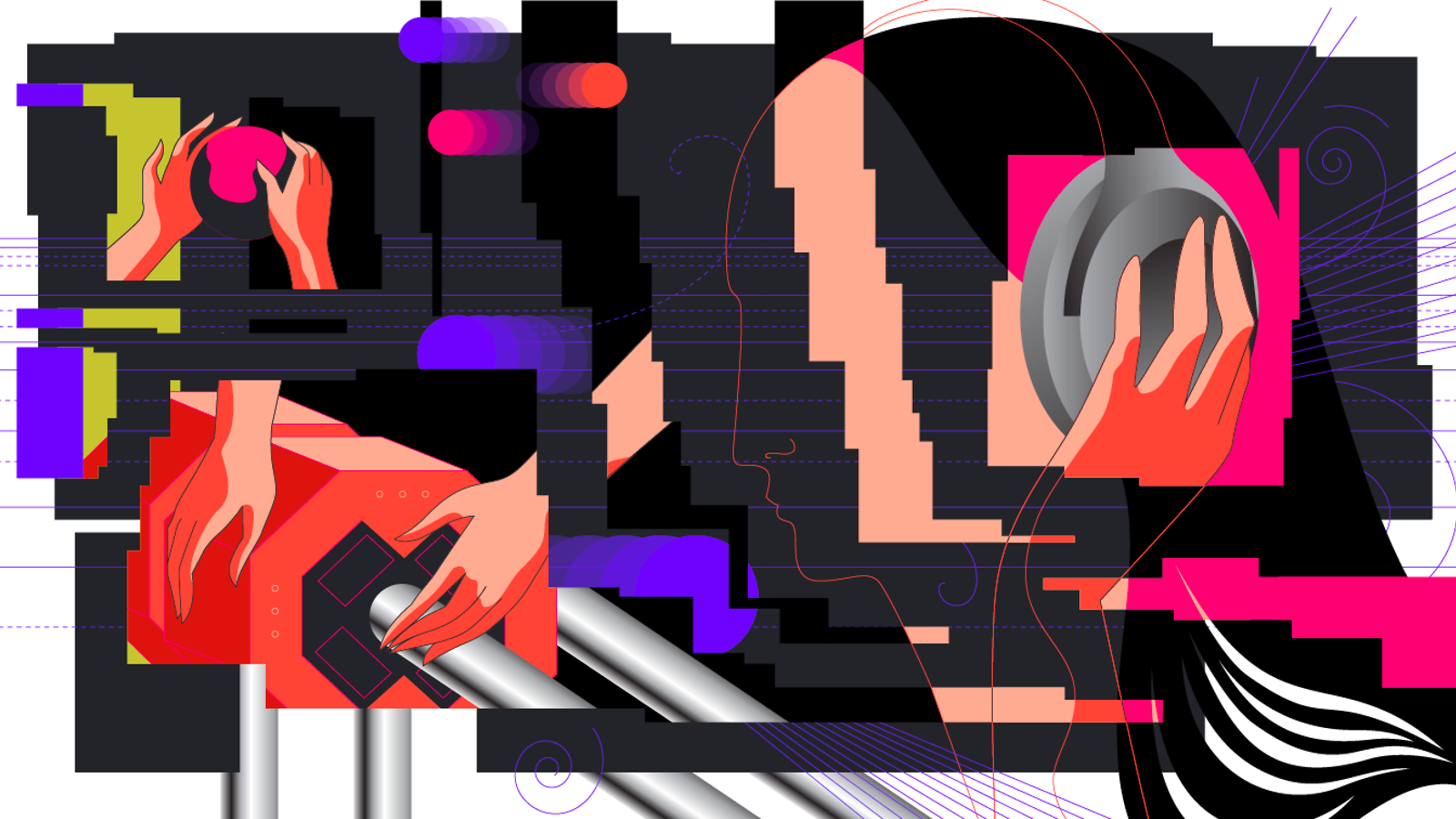 LHC exhibit expands beyond the visual

The world of particle physics is invisible to the naked eye, existing at a scale that’s almost inconceivably small. Stacked on top of each other, a trillion protons—particles found in an atom’s nucleus—would reach just 1 millimeter high. Physicists build tools to “see” this world, making it visible through data and charts.

In a new project in the United Kingdom, three scientists are reimagining how to represent subatomic life and explain fundamental ideas in a new way. The traveling event, called Tactile Collider, uses touch, sound and live interaction to bring the world of these tiny particles to students and others who are blind and visually impaired.

“I’ve spoken to a lot of people who thought science wasn’t for them, and we wanted to show that it could be,” says Chris Edmonds, a physics lecturer at the University of Liverpool and one of the project’s founders. “We can tell the story in a very different way. We wanted people to leave feeling that they could take this knowledge further, maybe even leading to a career in science.”

Tactile Collider has its origins in a previous exhibit about the Higgs boson called Collider. When Collider arrived at the Museum of Science and Industry in Manchester, Marieke Navin, then the director of the Manchester Science Festival, was approached by a visually impaired woman and her husband. They were looking for ways to augment her experience of the exhibit.

Navin called University of Manchester and Cockcroft Institute physicist Rob Appleby, who brought 3D-printed accelerating cavities and detector pieces, along with a real metallic accelerating cavity. Navin and Appleby then walked the couple through Collider, answering questions and using the objects as guides. She says the pair were thrilled. 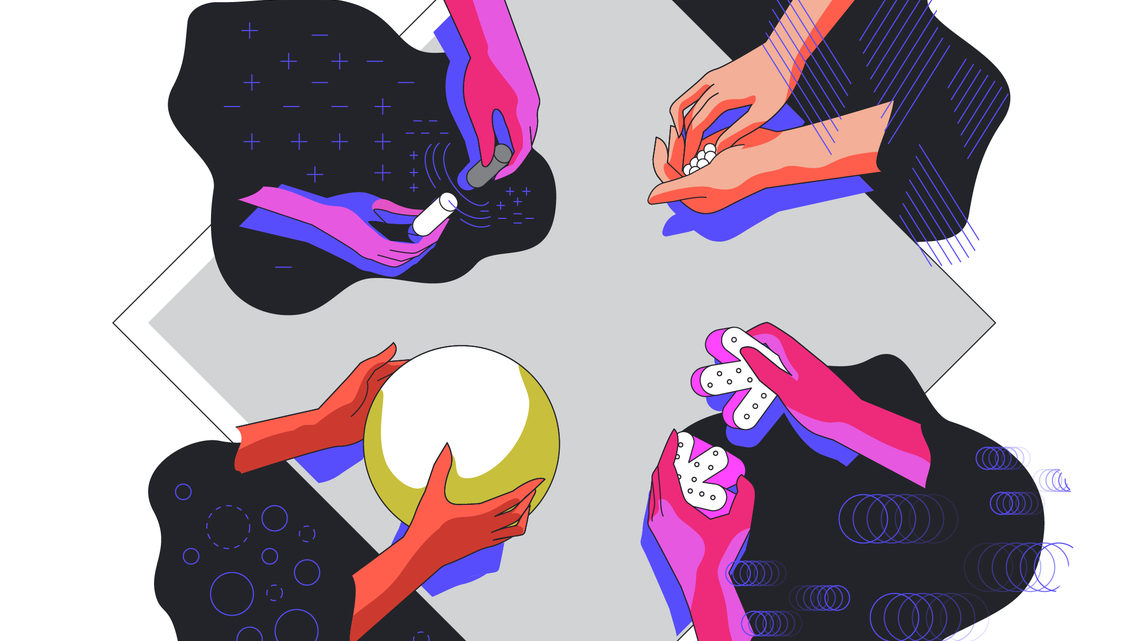 “Collider wasn’t very hands-on. Everything was behind cases,” Navin says. “They enjoyed holding the objects, but really the key thing was having that conversation with the scientist. So after they left, Rob and I said, ‘We’re on to something here.’”

Along with Edmonds, they received a £90,000 grant from Research Councils UK and spent over a year preparing the new methods and materials. Because none of the three is visually impaired, they spoke with consultants trained on the use of tactile maps and visited museums with blind people to get a sense of their experiences with exhibits.

“It was a great opportunity for my children to be involved in something that was for them,” Watson says. “They could take ownership of the ideas and help to shape something that would hopefully inspire other students to grow and develop a subject that can be really difficult for all students to access.”

The final result is Tactile Collider, a 90-minute accelerator and particle physics experience that revolves around a 3.5-meter (11.4-foot) model accelerator named CASSIE (which stands for Conceptual Accelerator Supporting Scientific Inclusive Education). CASSIE links tables that contain various objects students can touch, interact with and listen to. With headphones, students can listen to audio featuring sounds generated from real data collected at the LHC.

“It sounded like it was a different planet almost, it sounded alien,” says 10-year-old Grace, who visited the exhibit.

Another student, 14-year-old Sean-Paul, says he enjoyed the exhibit’s magnets. “The North poles have spiky bits and the South poles are dented in so you could tell the difference,” he says.

Both students say they were fascinated with the way the scientists conveyed just how small fundamental particles are. They’d ask the students to handle a large ball and move stepwise down in size to a marble, a grain of sand and a piece of dust, an exercise that Sean-Paul’s teacher, Peter Marsh, noted could be helpful to anyone, visually impaired or not.

At each station, students engage with a scientist who explains the meaning of the objects, which convey four central ideas in particle physics: that everything is made of particles, how magnets are used to steer and focus beams, how particles are accelerated around a ring, and how scientists discovered the Higgs boson.

For Grace and her sister, 12-year-old Ella, the opportunity to interact with scientists was a highlight of the Tactile Collider experience. Ella, who likes chemistry and wants to be a nurse, has limited vision, while Grace, a physics enthusiast who plans to be a scientist, has no sight. Neither had ever met a scientist other than their science teachers.

“I enjoyed talking to the scientists,” Grace says. “I was asking them loads of questions at the end, and we had a great big discussion about dark matter.”

Ella adds, “The scientists explained things clearly. It was good.”

According to the Royal National Institute of the Blind, more than 2 million people in the UK, or about 3 percent of the population, have some kind of sight loss significant enough to affect their daily lives. In the United States, it’s about 10 million people.

“It’s a huge number,” Appleby says. “A lot of traditional ways of science engagement don’t take account of this at all.”

“By training scientists and raising awareness of underrepresented audiences within the scientific community we will be tackling this head on. The staff and students working with us to deliver Tactile Collider are the lecturers of tomorrow.”

In addition to touring around schools for the visually impaired, the group also plan to bring the exhibit this summer to events for the general public, such as music festivals. They have a long-term goal to create a framework for teaching physics to the visually impaired in the hopes of sharing what they’ve learned throughout the community.

“I’ve liked science for a long time because there’s so much to do,” Sean-Paul says. “With Tactile Collider, more people get to see what it’s like. Other people can know what it’s like. It’s not just for visually impaired people.”