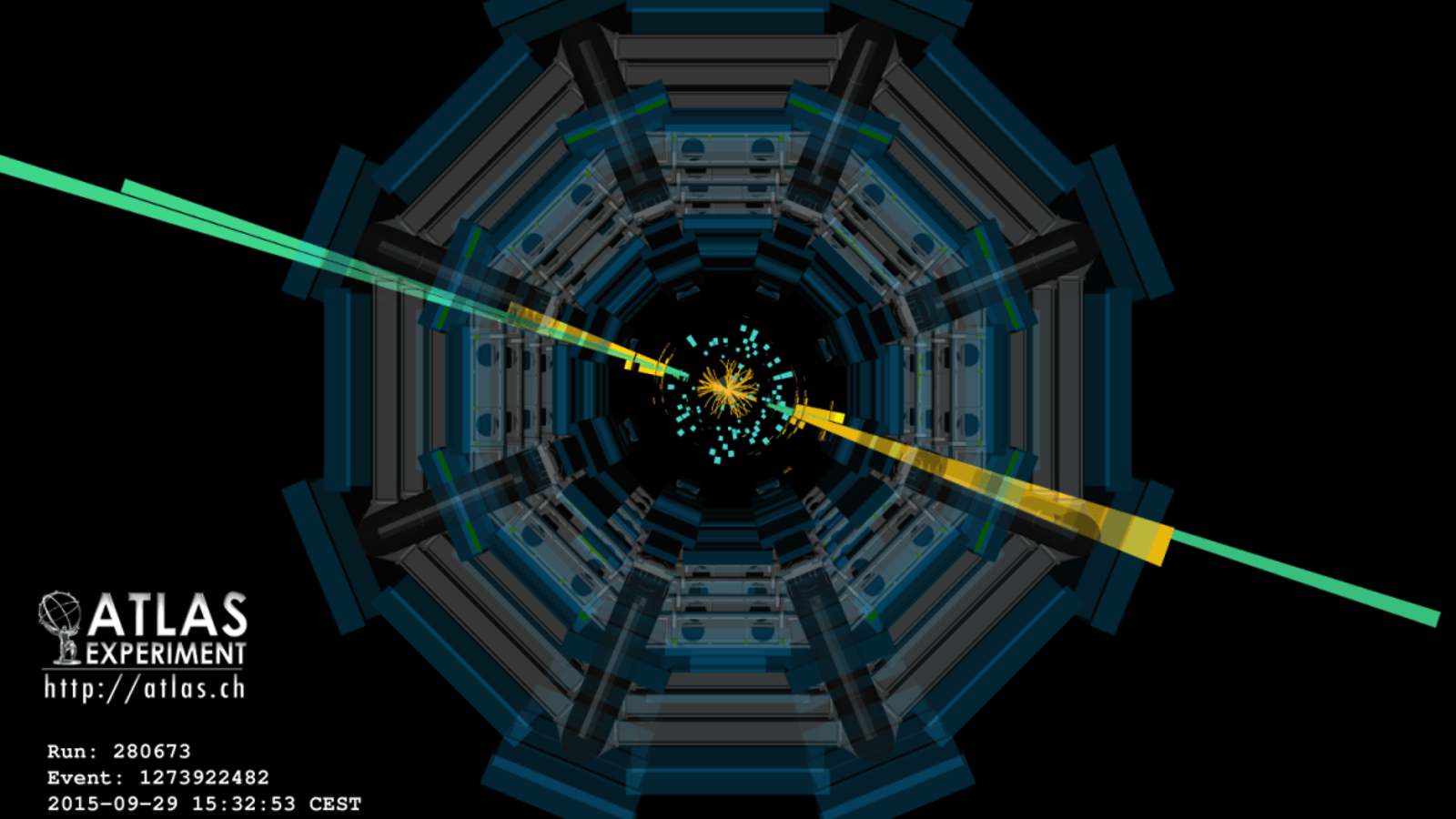 The final Large Hadron Collider results of the year are in. A new and unexpected bump in the data has left physicists on the ATLAS and CMS experiments scratching their heads as they prepare for the accelerator’s winter shutdown.

“It’s interesting because we did not expect it, and both experiments are seeing something in roughly the same place,” says Princeton professor Jim Olsen, who presented the CMS results during this week’s end-of-year seminar at CERN. “However, it’s not a discovery. It could be the first spark of a discovery, but we need more data before we know what it means—if it means anything at all.”

LHC scientists search for new particles by comparing their actual experimental data to the predictions of the Standard Model, a well vetted model detailing the fundamental processes of nature. When experimental data consistently and significantly deviates from theory, it could indicate the discovery of a new particle or process.

The latest results come from the second run of the LHC, which began colliding particles at a record energy of 13 trillion electronvolts in June.

For this analysis, both the ATLAS and CMS experiments examined thousands of pairs of photons with a shared mass above 100 billion electronvolts. Out of all of these thousands of photon pairs, CMS saw 10 pairs and ATLAS saw 40 pairs that had a shared mass of around 750 billion electronvolts. This is slightly more than the Standard Model would predict for this mass range.

Scientists are currently exploring two possible explanations for the bump: It’s a normal statistical fluctuation and will disappear with more data, or it’s the early indication of a new particle with 750 times the mass of the proton.

If it continues to grow in size and intensity, the bump could be evidence of a heavier cousin of the Higgs boson or a graviton—the theoretical particle responsible for gravity.

“Both of these discoveries would be revolutionary because they’d be concrete evidence of particles beyond the Standard Model, something we've never seen,” says James Beacham, a postdoctoral fellow at The Ohio State University. “But the take-home message is that we need more data.”

Olsen isn’t holding his breath; bumps like this tend to come and go.

“This new data has already helped smooth out a few bumps we’ve been watching since [the first run of the LHC],” Olsen says. “For instance, by summer both the CMS and ATLAS collaborations were seeing what looked like a particle with around 2000 times the mass of the proton. But we don’t see anything in this region from our new data. We can’t rule it out yet, but it looks like that bump might be going away.”

Not all bumps disappear. Around this time four years ago, physicists saw a small one at around 125 GeV. Six more months of data collection and analysis confirmed it was evidence of a Higgs-like boson.

Luckily for scientists, the LHC is only one year into a planned four-year run. Physicists expect that they will have enough data to confirm or rule out these initial results by this time next year.

“I waited this long for the 13 TeV data,” Beacham says. “I guess I can wait a little longer.”