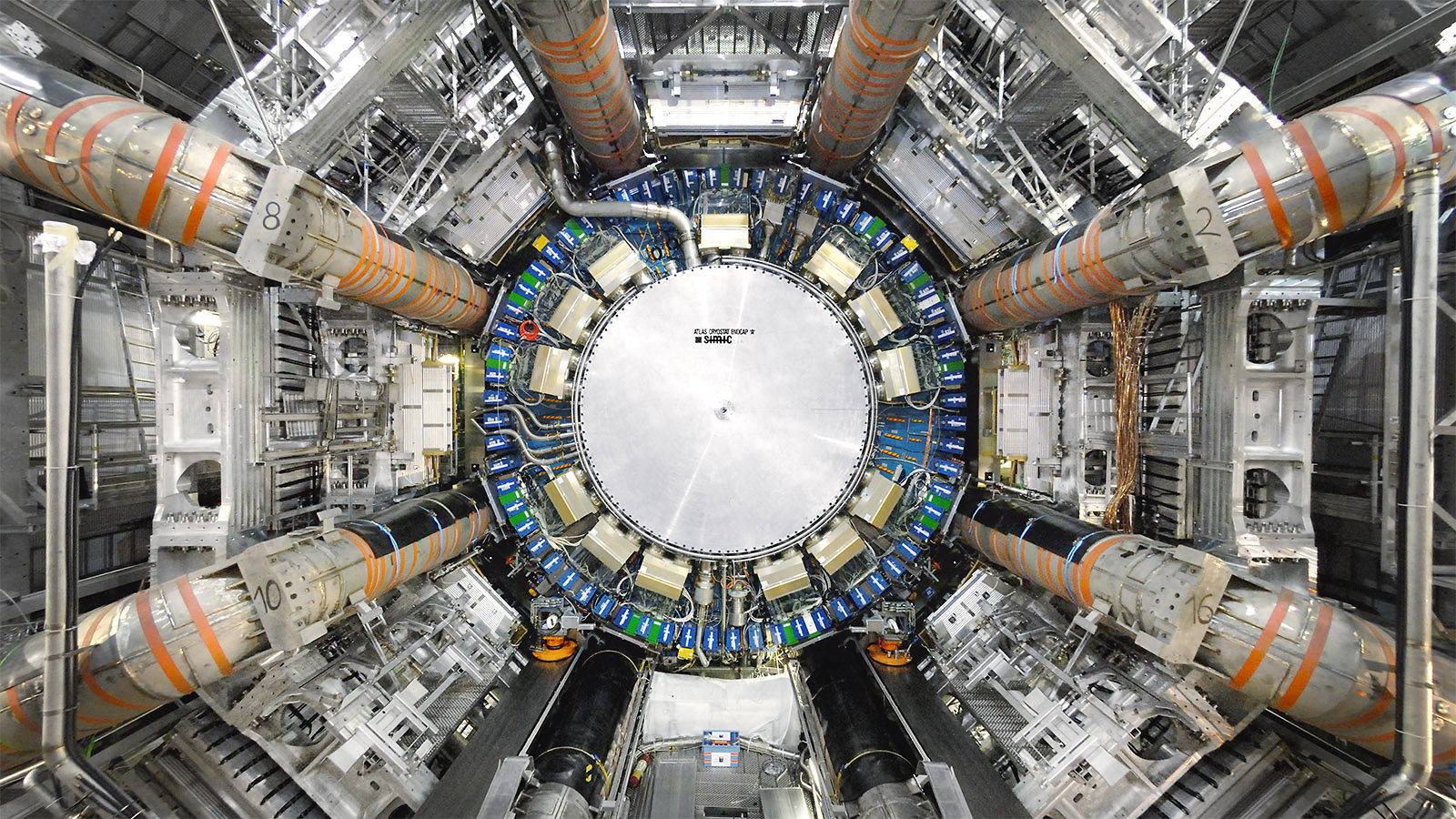 The anomaly—an unanticipated excess of photon pairs with a combined mass of 750 billion electronvolts—was first reported by both the ATLAS and CMS experiments in December 2015.

Such a bump in the data could indicate the existence of a new particle. The Higgs boson, for instance, materialized in the LHC data as an excess of photon pairs with a combined mass of 125 billion electronvolts. However, with only a handful of data points, the two experiments could not discern whether that was the case or if it were the result of normal statistical variance.

After quintupling their 13-TeV dataset between April and July this year, both experiments report that the bump has greatly diminished and, in some analyses, completely disappeared.

What made this particular bump interesting is that both experiments saw the same anomaly in completely independent data sets, says Wade Fisher, a physicist at Michigan State University.

“It’s like finding your car parked next to an identical copy,” he says. “That’s a very rare experience, but it doesn’t mean that you’ve discovered something new about the world. You’d have to keep track of every time it happened and compare what you observe to what you’d expect to see if your observation means anything.”

Theorists predicted that a particle of that size could have been a heavier cousin of the Higgs boson or a graviton, the theoretical particle responsible for gravity. While data from more than 1000 trillion collisions have smoothed out this bump, scientists on the ATLAS experiment still cannot completely rule out its existence.

Scientists on both experiments are currently scrutinizing the huge influx of data to both better understand predicted processes and look for new physics and phenomena.

"New physics can manifest itself in many different ways—we learn more if it surprises us rather than coming in one of the many many theories we're already probing," says Steve Nahn, a CMS researcher working at Fermilab. "So far the canonical Standard Model is holding up quite well, and we haven't seen any surprises, but there's much more data coming from the LHC, so there's much more territory to explore."