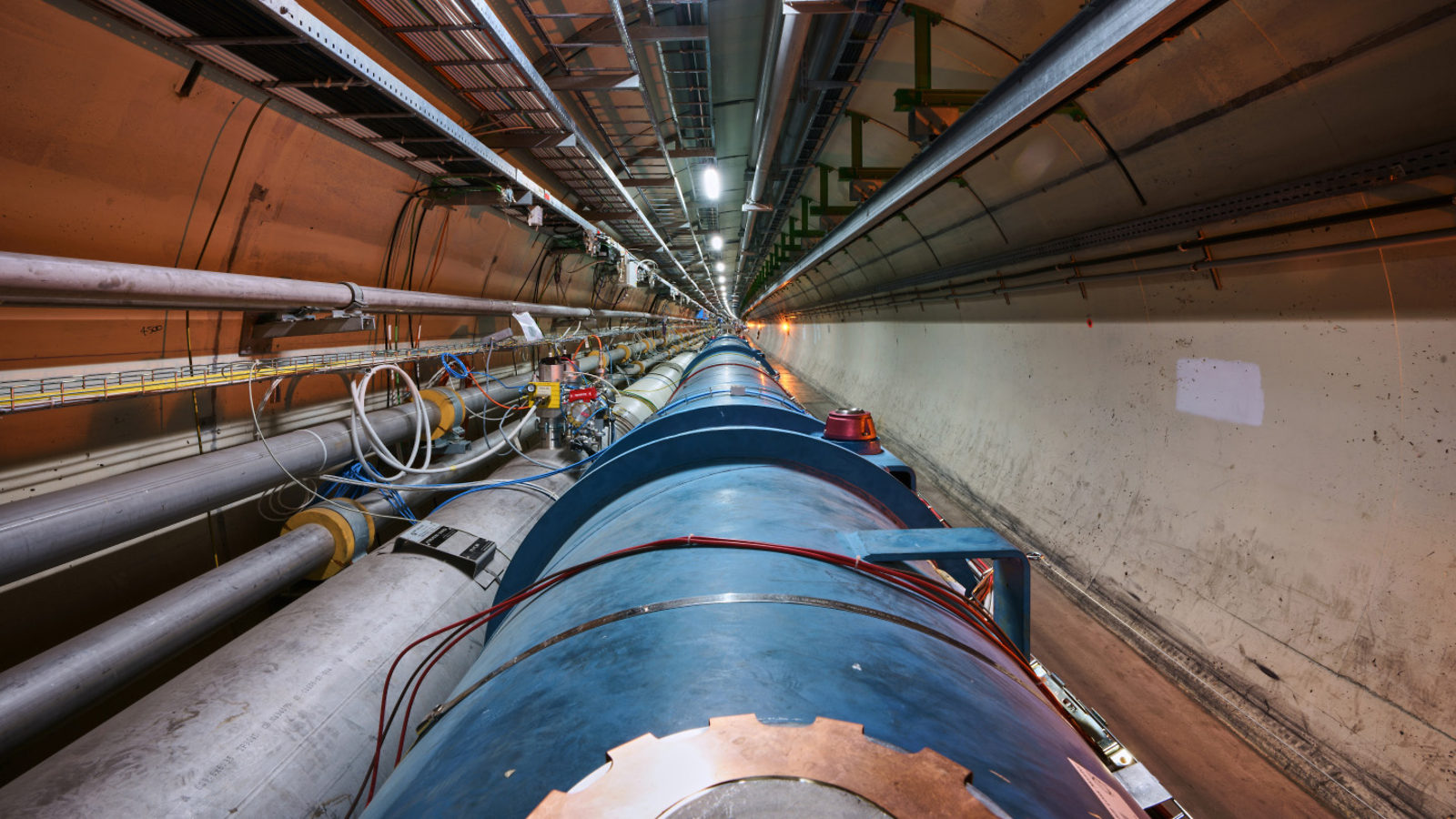 Protons might be the Large Hadron Collider’s bread and butter, but that doesn’t mean it can’t crave more exotic tastes from time to time. On July 25, for the very first time, operators injected not just atomic nuclei but lead atoms containing a single electron into the LHC. This was one of the first proof-of-principle tests for a new idea called the Gamma Factory, part of CERN’s Physics Beyond Colliders project.

“We’re investigating new ideas of how we could broaden the present CERN research program and infrastructure,” says Michaela Schaumann, an LHC engineer. “Finding out what’s possible is the first step.”

During normal operation, the LHC produces a steady stream of proton–proton collisions. For about four weeks, just before the annual winter shutdown, scientists smash together atomic nuclei. But for a handful of days a year, during periods of machine development, accelerator physicists get to try something completely new.

Previously, researchers accelerated xenon nuclei in the LHC and tested other kinds of partially stripped lead ions in the Super Proton Synchrotron, the second largest machine in CERN's accelerator complex.

“This special LHC run was really the last step in a series of tests,” says physicist Witold Krasny, who is coordinating a group of about 50 scientists to develop new ways to produce high-energy gamma rays.

Accelerating lead nuclei with a remaining electron can be challenging because of how delicate these atoms are.

“It’s really easy to accidentally strip off the electron,” explains Schaumann. “When that happens, the nucleus crashes into the wall of the beam pipe because its charge is no longer synchronized with the LHC’s magnetic field.”

During the first run, operators injected 24 bunches of atoms and achieved a low-energy stable beam inside the LHC for about an hour. Then they ramped the LHC up to its full power and maintained the beam for about two minutes before it was ejected into the beam dump.

“If too many particles go off course, the LHC automatically dumps the beam,” says Schaumann. “Our main priority is to protect the LHC and its magnets.”

After running the magnets through the restart cycle, Schaumann and her colleagues tried again, this time with only 6 bunches. They kept the beam circulating for two hours before intentionally dumping it.

“We predicted that the lifetime of this special kind of beam inside the LHC would be at least 15 hours,” says Krasny. “We were surprised to learn the lifetime is about 40 hours."

Physicists are doing these tests to see if the LHC could one day operate as a gamma ray factory. In this scenario, scientists would shoot the circulating atoms with a laser, causing the electron to jump into a higher energy level. As the electron falls back down, it spits out a particle of light. In normal circumstances, this particle of light would not be very energetic, but because the atom would already be moving at close to the speed of light, the energy of the emitted photon would get boosted and its wavelength squeezed.

These gamma rays would have sufficient energy to produce normal matter particles, such as quarks, electrons and even muons. Because matter and energy are two sides of the same coin, these high-energy gamma rays would transform into massive particles and could even morph into new kinds of matter, such as dark matter. They could also be the source for new types of particle beams, such as a muon beam.

Even though this is still a long way off, the tests this week were an important first step in seeing what is possible.

“The beam lifetime really exceeded our predictions,” said Krasny. “Now the question is if we can preserve the same beam lifetime at a higher intensity by optimizing the collimator settings, which were still set up for protons during this special run.”