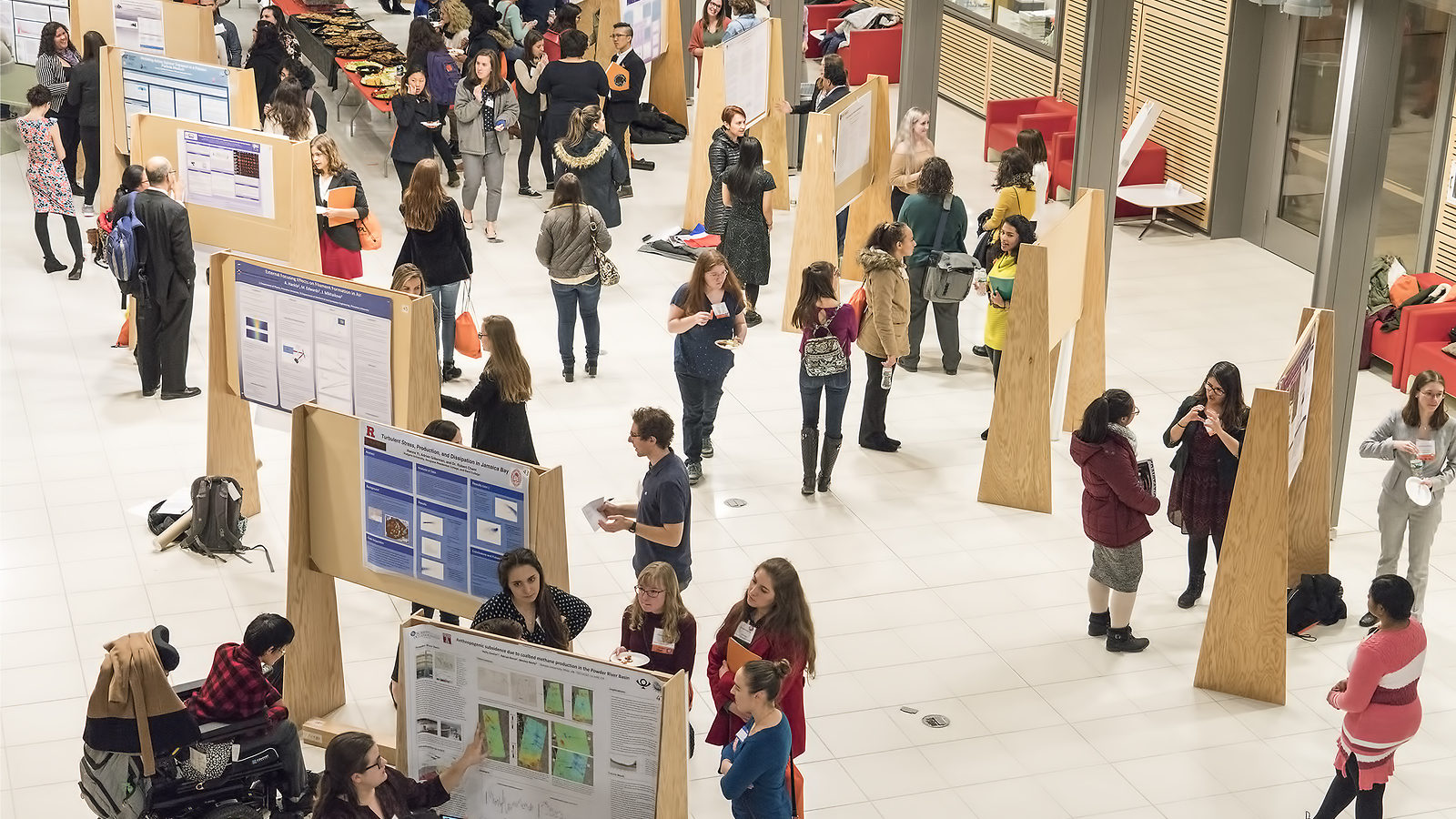 Nicole Pfiester, an engineering grad student at Tufts University, says she has been interested in physics since she was a child. She says she loves learning how things work, and physics provides a foundation for doing just that.

But when Pfiester began pursuing a degree in physics as an undergraduate at Purdue University in 2006, she had a hard time feeling like she belonged in the male-dominated field.

“In a class of about 30 physics students,” she says, “I think two of us were women. I just always stood out. I was kind of shy back then and much more inclined to open up to other women than I was to men, especially in study groups. Not being around people I could relate to, while it didn't make things impossible, definitely made things more difficult.”

In 2008, two years into her undergraduate career, Pfiester attended a conference at the University of Michigan that was designed to address this very issue. The meeting was part of the Conferences for Undergraduate Women in Physics, or CUWiP, a collection of annual three-day regional conferences to give undergraduate women a sense of belonging and motivate them to continue in the field.

Pfiester says it was amazing to see so many female physicists in the same room and to learn that they had all gone through similar experiences. It inspired her and the other students she was with to start their own Women in Physics chapter at Purdue. Since then, the school has hosted two separate CUWiP events, in 2011 and 2015.

“Just seeing that there are other people like you doing what it is you want to do is really powerful,” Pfiester says. “It can really help you get through some difficult moments where it’s really easy, especially in college, to feel like you don’t belong. When you see other people experiencing the same struggles and, even more importantly, you see role models who look and talk like you, you realize that this is something you can do, too. I always left those conferences really energized and ready to get back into it.”

CUWiP was founded in 2006 when two graduate students at the University of Southern California realized that only 21 percent of US undergraduates in physics were women, a percentage that dropped even further in physics with career progression. In the 12 years since then, the percentage of undergraduate physics degrees going to women in the US has not grown, but CUWiP has. What began as one conference with 27 attendees has developed into a string of conferences held at sites across the country, as well as in Canada and the UK, with more than 1500 attendees per year. Since the American Physical Society took the conference under its umbrella in 2012, the number of participants has continued to grow every year.

The conferences are supported by the National Science Foundation, the Department of Energy and the host institutions. Most student transportation to the conferences is almost covered by the students’ home institutions, and APS provides extensive administrative support. In addition, local organizing committees contribute a significant volunteer effort.

“We want to provide women, gender minorities and anyone who attends the conference access to information and resources that are going to help them continue in science careers,” says Pearl Sandick, a dark-matter physicist at the University of Utah and chair of the National Organizing Committee for CUWiP.

Some of the goals of the conference, Sandick says, are to make sure people leave with a greater sense of community, identify themselves more as physicists, become more aware of gender issues in physics, and feel valued and respected in their field. They accomplish this through workshops and panels featuring accomplished female physicists in a broad range of professions. 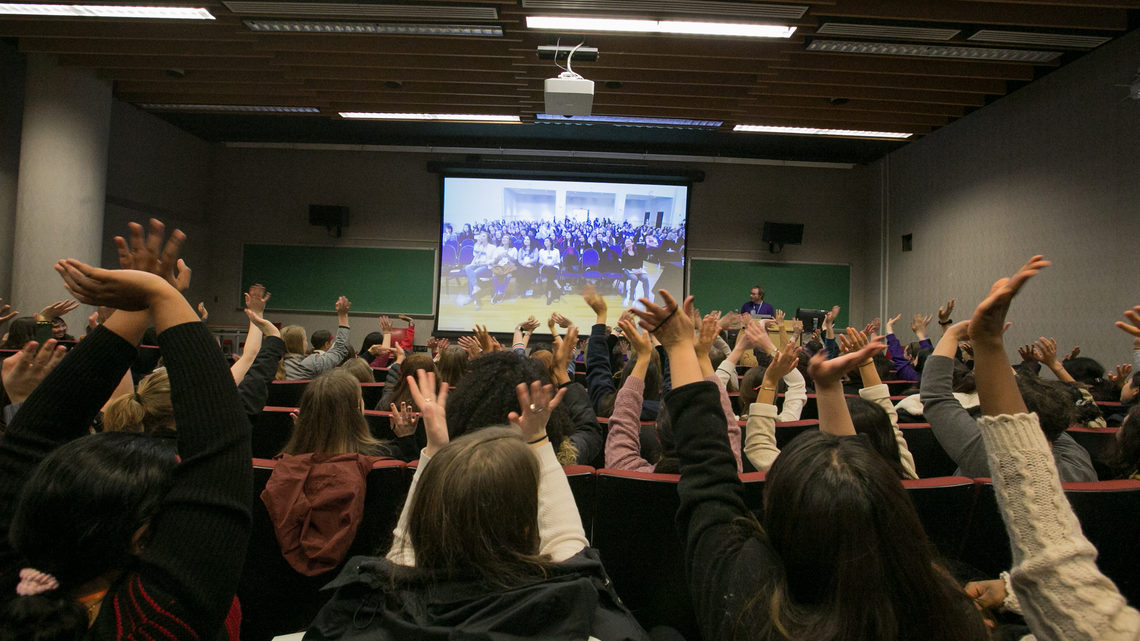 Before the beginning of the shared video keynote talk, attendees at each CUWiP site cheer and wave on video. This gives a sense of the national scale of the conference and the huge number of people involved. 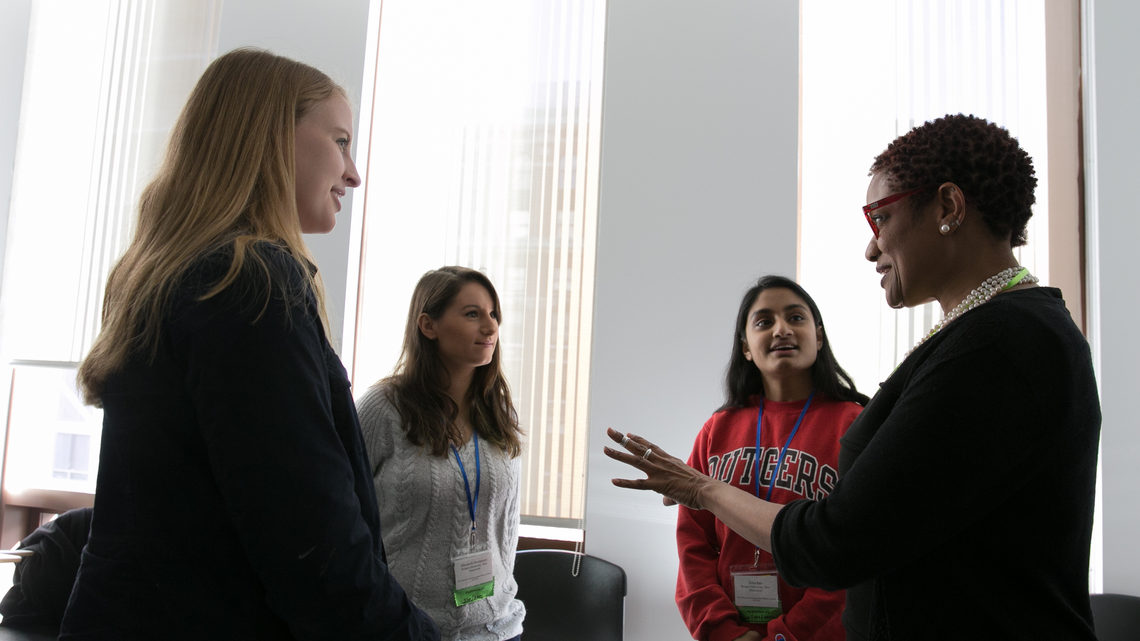 Students attending the conference have the opportunity to meet and network with women with successful careers in physics. 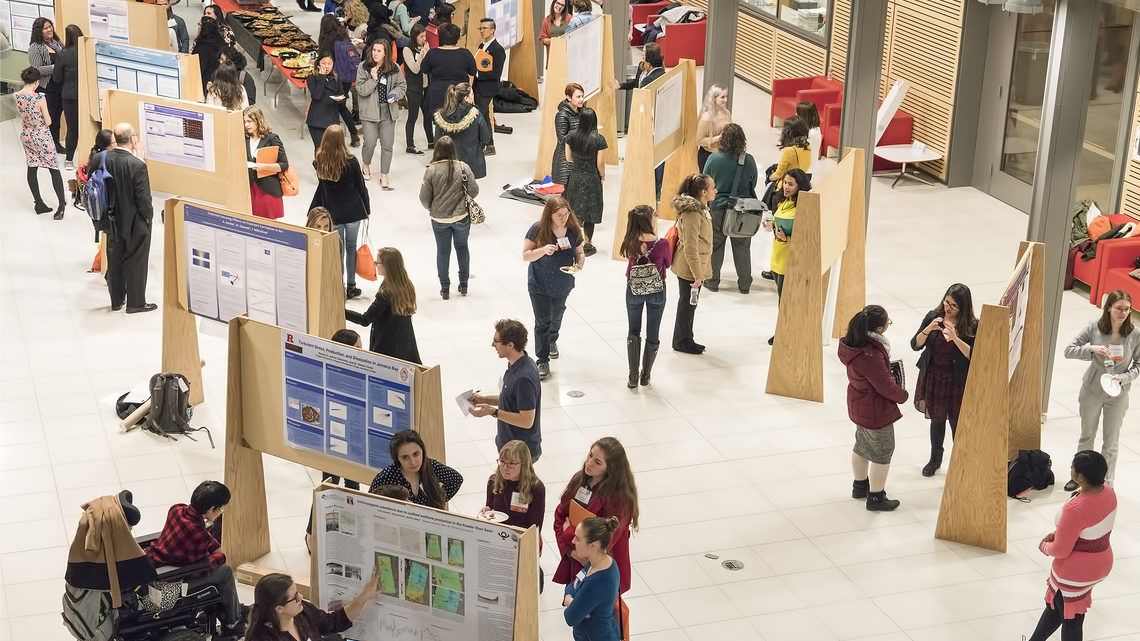 Many CUWiP programs include a poster session where students have the opportunity to describe research in which they have been engaged, often through summer research programs. 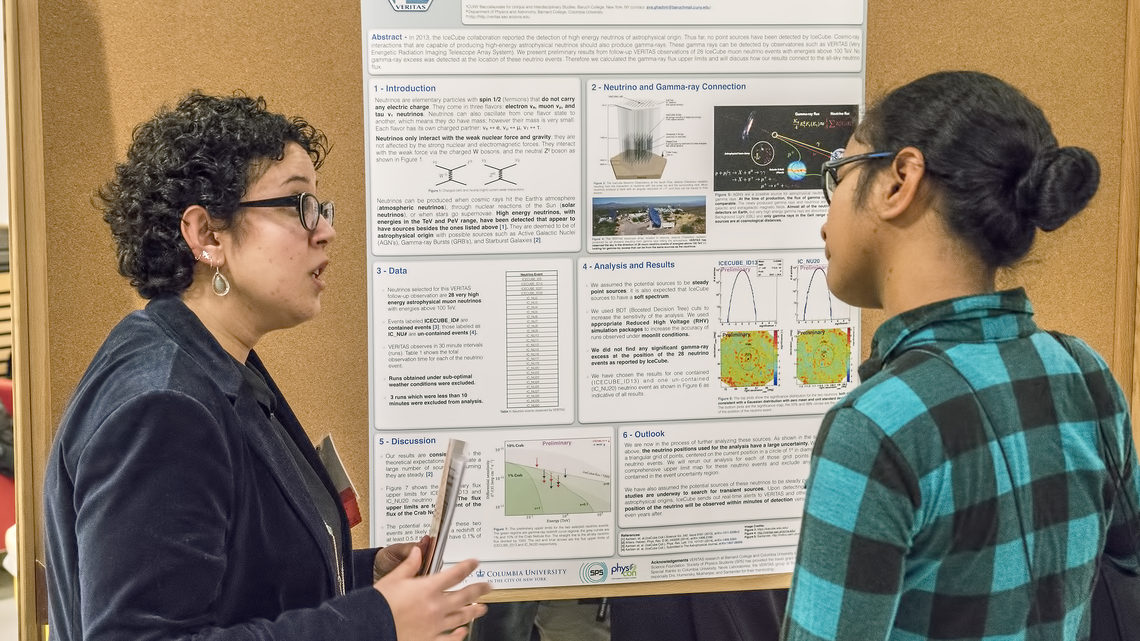 Ava Ghadimi, a math and physics graduate student from CUNY Baccalaureate for Unique and Interdisciplinary Studies, presents her research on "Searching for sources of astrophysical neutrinos: a multi-messenger approach with VERITAS" at the Princeton poster session. 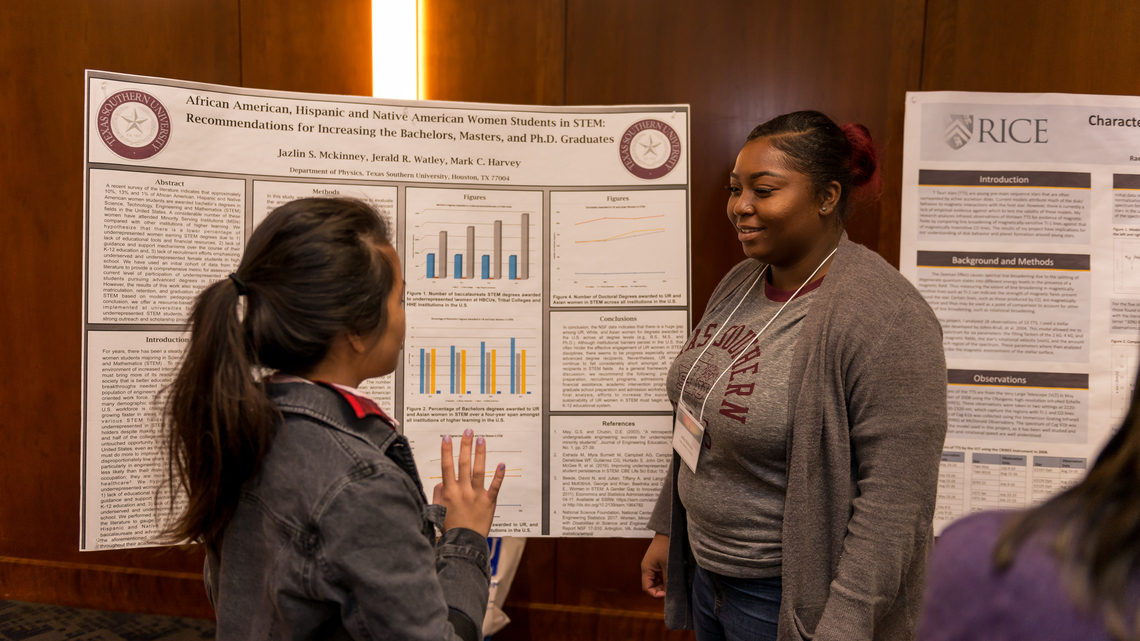 Jazlin McKinney of Texas Southern University discusses her research topic, “African American, Hispanic and Native American Women Students in STEM: Recommendations for Increasing the Bachelors, Masters and PhD Graduates,” with another participant at the CUWiP at the University of Kansas. 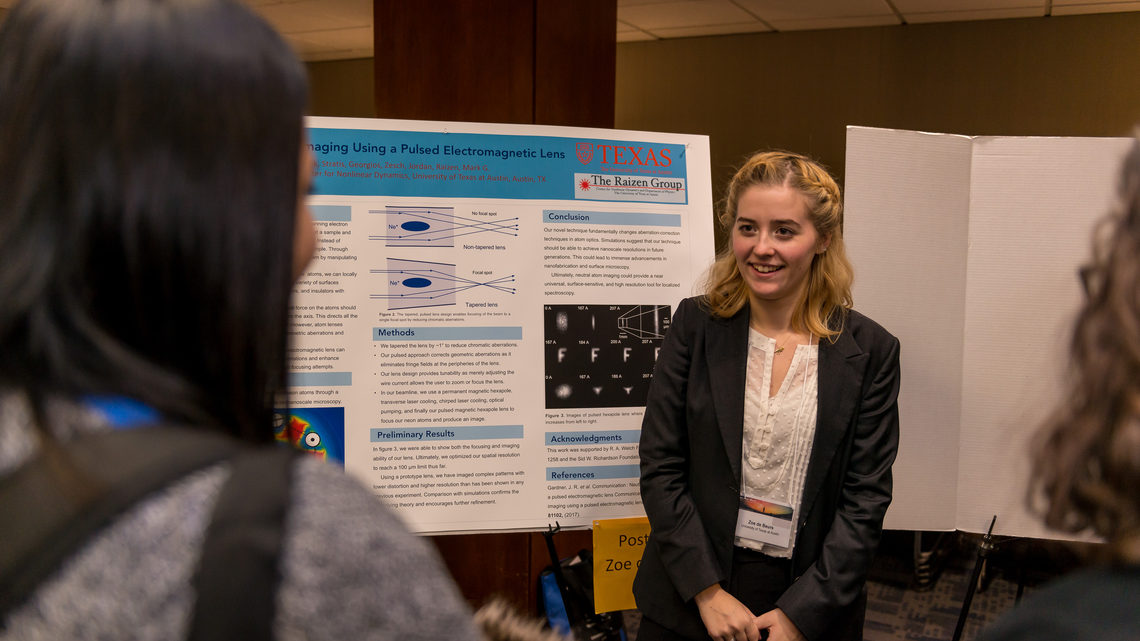 Zoe de Beurs of the University of Texas at Austin describes her research project, “Neutral Atom Focusing Using a Pulsed Electromagnetic Lens.“ Zoe was one of three students awarded the top poster presentation prize at the CUWiP at the University of Kansas. 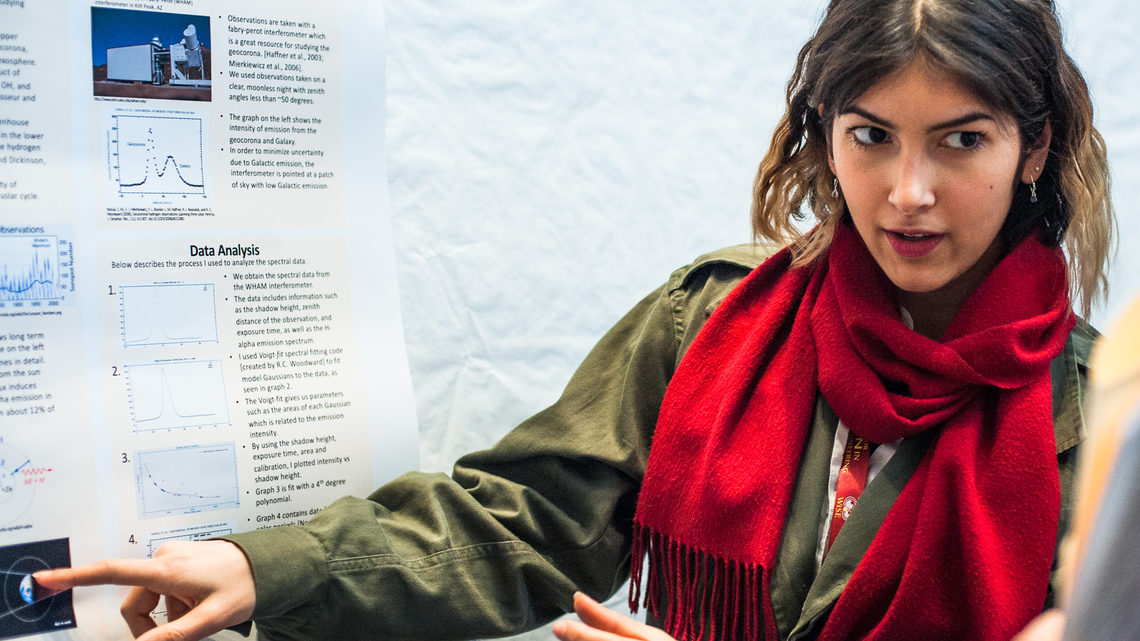 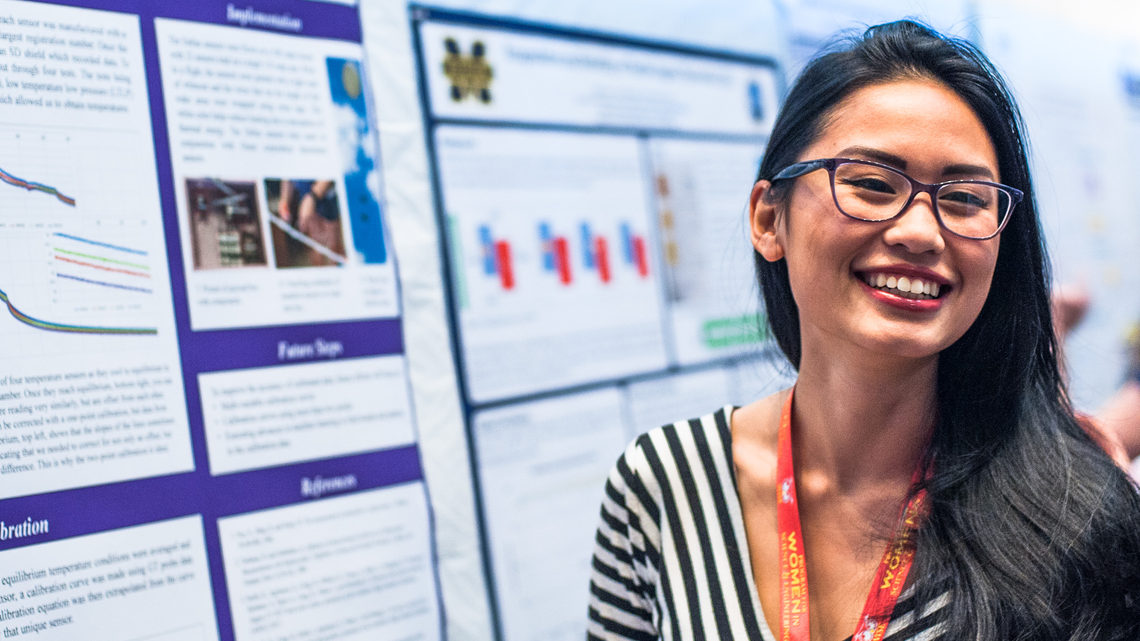 Alynie Walter, an applied physics and mathematics major at St. Catherine University in Minnesota, presents her research on "Calibration of Temperature Sensors in Preparation for the 2017 Total Solar Eclipse” during the CUWiP at Iowa State poster session. 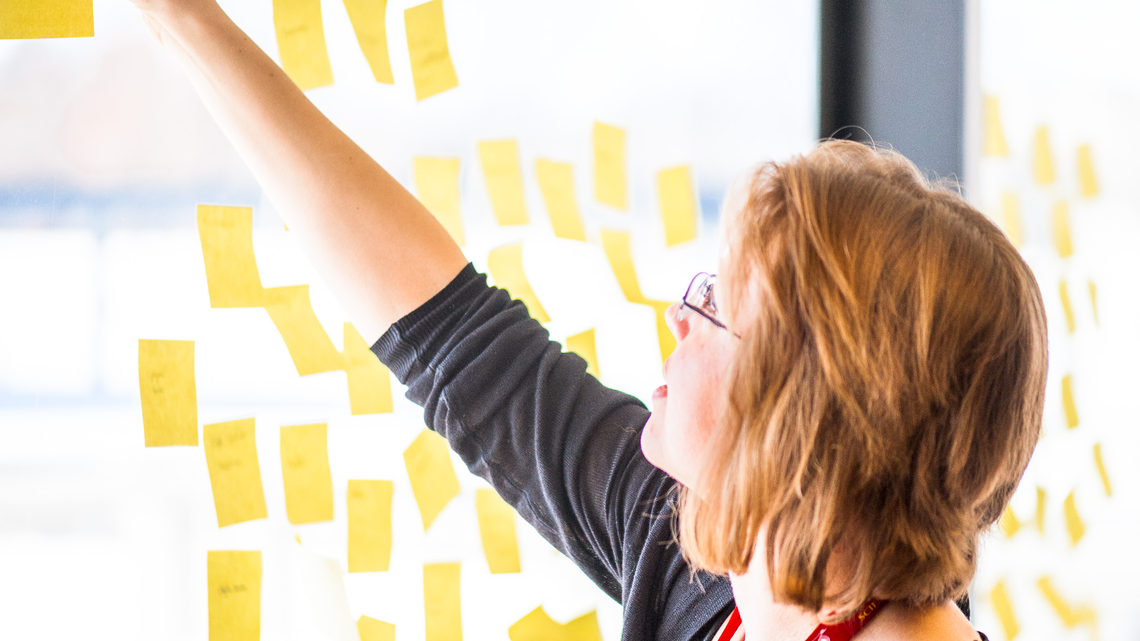 Alyssa Miller, Iowa State University alumna and a member of Fermilab staff in the Beam Division, brainstorms about careers that use a physics degree. 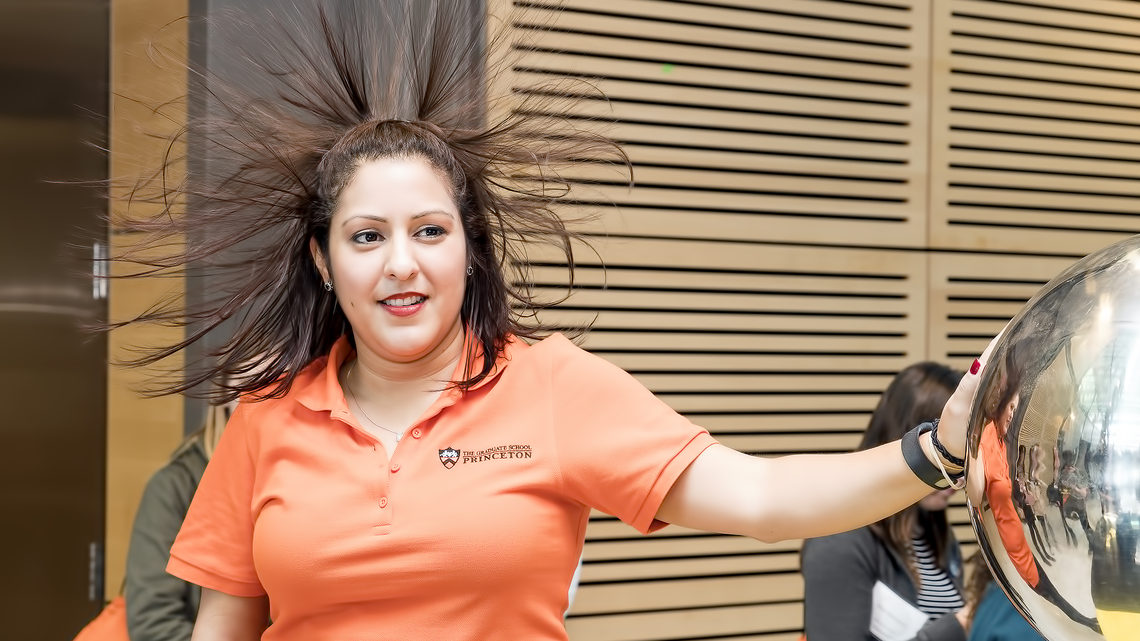 At the 2017 CUWiP at Princeton, Vanessa Gonzalez-Perez, Assistant Dean for Diversity Initiatives in the Natural Sciences in the Graduate School, touches a Van de Graaff generator. 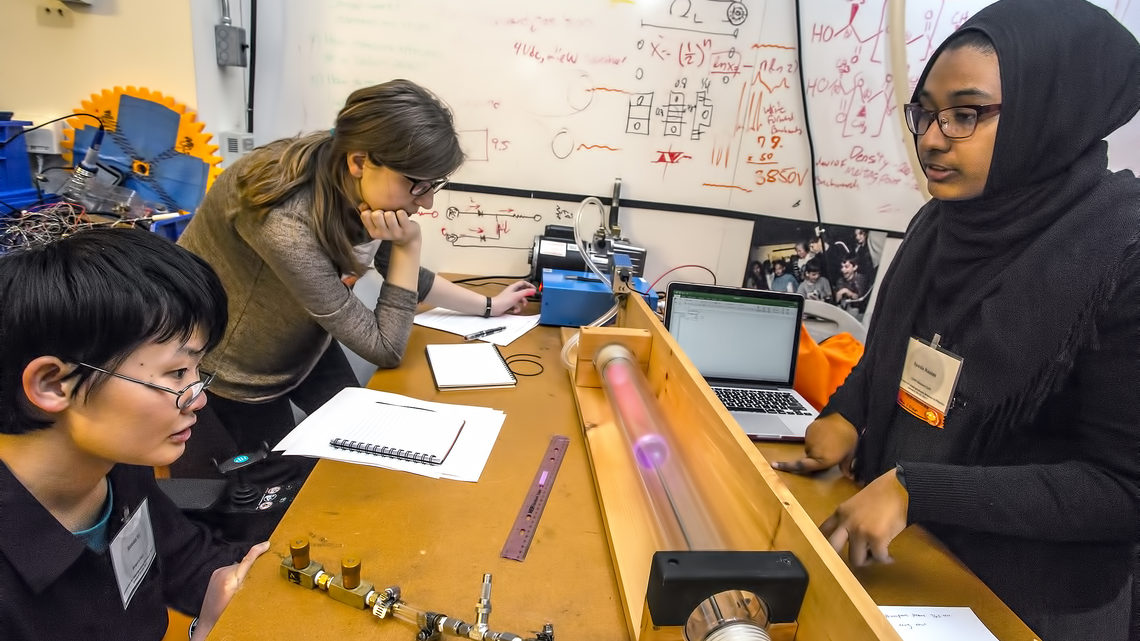 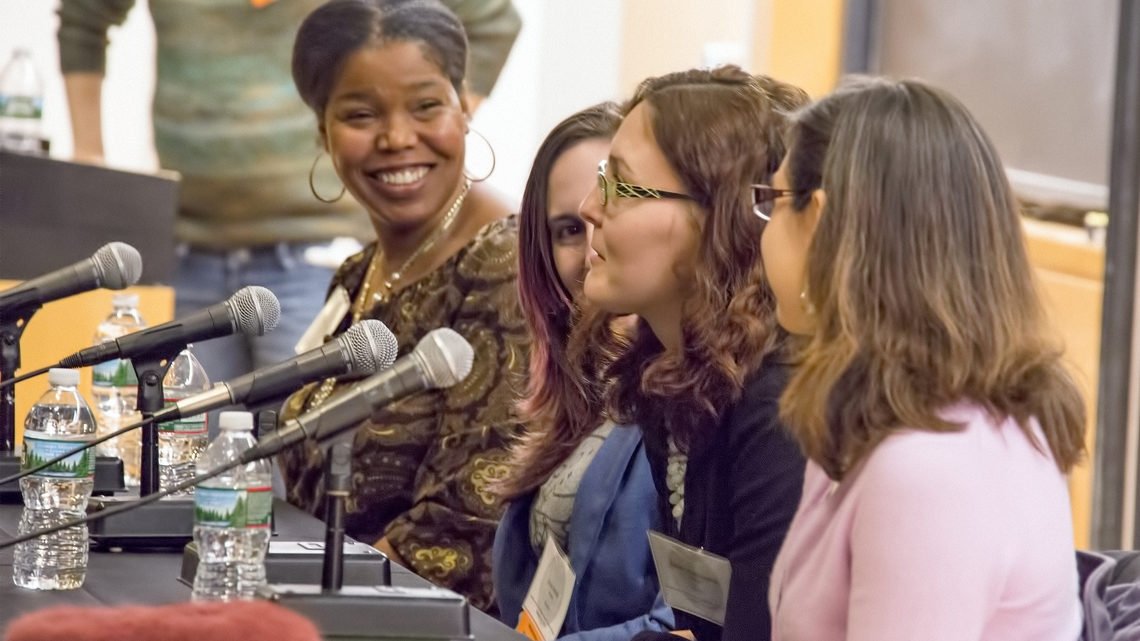 The conferences include workshops and panels featuring accomplished female physicists in a broad range of professions.

“Often students come to the conference and are very discouraged,” says past chair Daniela Bortoletto, a high-energy physicist at the University of Oxford who organizes CUWiP in the UK. “But then they meet these extremely accomplished scientists who tell the stories of their lives, and they learn that everybody struggles at different steps, everybody gets discouraged at some point, and there are ups and downs in everyone’s careers. I think it’s valuable to see that. The students walk out of the conference with a lot more confidence.”

Through CUWiP, the organizers hope to equip students to make informed decisions about their education and expose them to the kinds of career opportunities that are open to them as physics majors, whether it means going to grad school or going into industry or science policy.

“Not every student in physics is aware that physicists do all kinds of things,” says Kate Scholberg, a neutrino physicist at Duke and past chair. “Everybody who has been a physics undergrad gets the question, ‘What are you going to do with that?’ We want to show students there’s a lot more out there than grad school and help them expand their professional networks.”

They also reach back to try to make conditions better for the next generations of physicists.

At the 2018 conference, Hope Marks, now a senior at Utah State University majoring in physics, participated in a workshop in which she wrote a letter to her high school physics teacher, who she says really sparked her interest in the field.

“I really liked the experiments we did and talking about some of the modern discoveries of physics,” she says. “I loved how physics allows us to explore the world from particles even smaller than atoms to literally the entire universe.”

The workshop was meant to encourage high school science and math teachers to support women in their classes.

One of the challenges to organizing the conferences, says Pat Burchat, an observational cosmologist at Stanford University and past chair, is to build experiences that are engaging and accessible for undergraduate women.

“The tendency of organizers is naturally to think about the kinds of conferences they go to,” says Burchat says, “which usually consist of a bunch of research talks, often full of people sitting passively listening to someone talk. We want to make sure CUWiP consists of a lot of interactive sessions and workshops to keep the students engaged.”

Candace Bryan, a physics major at the University of Utah who has wanted to be an astronomer since elementary school, says one of the most encouraging parts of the conference was learning about imposter syndrome, which occurs when someone believes that they have made it to where they are only by chance and don’t feel deserving of their achievements.

“Science can be such an intimidating field,” she says. “It was the first time I’d ever heard that phrase, and it was really freeing to hear about it and know that so many others felt the same way. Every single person in that room raised their hand when they asked, ‘Who here has experienced imposter syndrome?’ That was really powerful. It helped me to try to move past that and improve awareness.”

Women feeling imposter syndrome sometimes interpret their struggles as a sign that they don’t belong in physics, Bryan says.

“It’s important to support women in physics and make sure they know there are other women out there who are struggling with the same things,” she says.

“It was really inspirational for everyone to see how far they had come and receive encouragement to keep going. It was really nice to have that feeling after conference of ‘I can go to that class and kill it,’ or ‘I can take that test and not feel like I’m going to fail.’ And if you do fail, it’s OK, because everyone else has at some point. The important thing is to keep going.”