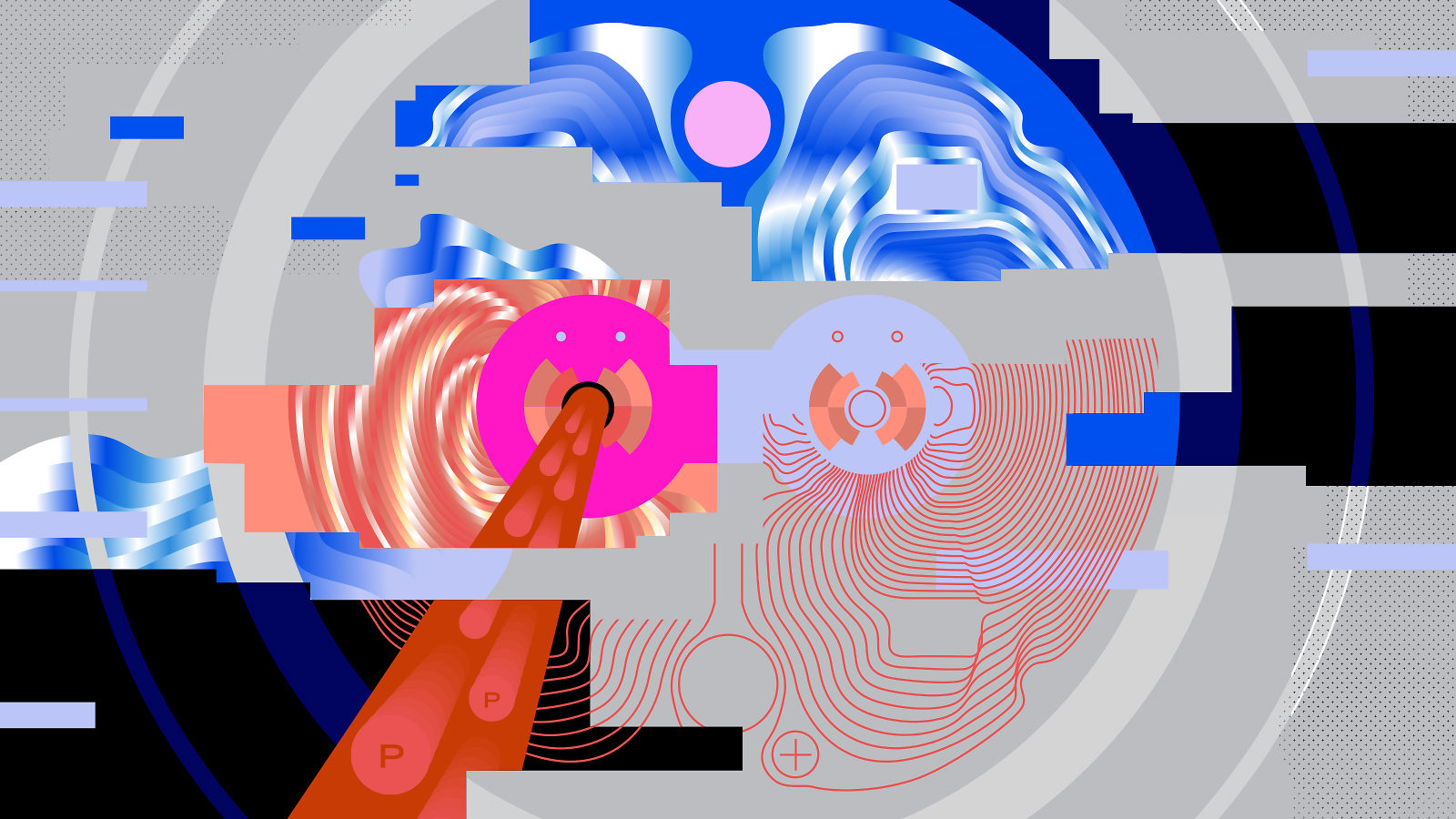 Liquid helium is constantly pulsing through sophisticated plumbing that runs both inside and outside of the Large Hadron Collider. Thanks to this cryogenic cooling system, the LHC is colder than interstellar space.

But why does it need to be kept at these intensely frigid temperatures?

“Because if not, the magnets would not work,” says Serge Claudet, the deputy head of CERN’s cryogenics group.

The cable that is coiled to make the LHC’s powerful electromagnets carries 11,800 amperes of current—roughly as much as a small bolt of lightning. The average toaster, for reference, uses only 9 amperes.

Most industrial superconductors gain the magical property of superconductivity only at extremely low temperatures—a few degrees above absolute zero.

So perhaps surprisingly, the LHC lives in a pleasantly warm tunnel, about 80 degrees Fahrenheit. To insulate the superconducting magnets from this temperate climate, engineers nestled layers of insulation inside one another like a matryoshka doll, each colder than the last, protecting the magnetic core.

On the very outside is a vacuum chamber, which acts like the walls of a thermos. On the very inside, the magnets are submerged in a static bath of 1.9-Kelvin superfluid liquid helium, which seeps into every nook and cranny of the LHC’s magnetic coils and supports.

If engineers had to worry only about protecting the LHC from the warmth of the tunnel, two feet of protection swollen with liquid helium might be enough. But their most formidable foe lies within.

“Most heating is internal,” says Gareth Jones, a CERN cryogenic operator. “It comes from the proton beam and the magnets.”

Heat is a measurement of how much particles jostle, and the hundreds of trillions of protons that stream through the heart of the LHC certainly create a stir. Every time a proton rounds a corner, it releases quick bursts of light, which are absorbed by the surrounding material and awaken sleeping molecules.

Meanwhile, the loosely bound electrons of the copper-coated beampipe flow through the metal in pursuit of the positively charged proton beam, generating an electrical current. Some electrons will even leave their atomic confines and leap into the vacuum, only to crash and liberate even more electrons. These electrons move like water down a river gorge, bouncing off obstacles and swirling in eddies. All of this generates more and more heat, which threatens the sensitive conditions required to keep the magnets superconducting.

“If the magnets get above 2.17 Kelvin, they start to lose their superconducting properties,” says Guy Crockford, an LHC operator. “When this happens, what was originally just a little bit of internal heating quickly escalates into a lot of heat.”

To keep these magnets cool, engineers designed a complex cryogenic system that takes advantage of a very simple principle: When a liquid transforms into a gas, it absorbs heat. This is why we feel cold after a shower; it’s not because the water is cold, but because it carries away our heat as droplets evaporate off our skin.

A long and thin pipe pierces the magnet support structure and delivers a stream of pressurized, ultra-cold liquid helium. As the liquid helium absorbs the excess heat, it evaporates and is quickly pumped out.

Another cooling pipe runs through the inside of the beampipe and sops up energy right at the source. These internal capillaries are fed by a highway of five pipes running alongside the LHC: Two transport cold helium for injection; two carry warm helium back for re-cooling; and one is the main artery that helps maintain the pressure and temperature of the entire circuit. The LHC cycles about 16 liters of liquid helium every second to keep the entire system operational.

Despite all of these efforts, LHC magnets do sometimes heat up enough to lose their superconductivity in an event called a magnet quench.

“It’s normally just one concentrated point that warms up, and it happens so fast,” Crockford says.

Sensors detect the change in voltage and trigger a system that fires quench heater strips, which distribute the heat throughout the entire magnet and divert the electrical current away from the magnet. At the same time, the LHC beam is automatically rerouted into a concrete block called a beam dump, and the entire accelerator takes a pause for a few hours while the magnet recovers back to its super-cooled state.

“This has happened only about once every two years,” Crockford says. “We want to protect our magnets at all costs, and cryogenics is always on our mind.”