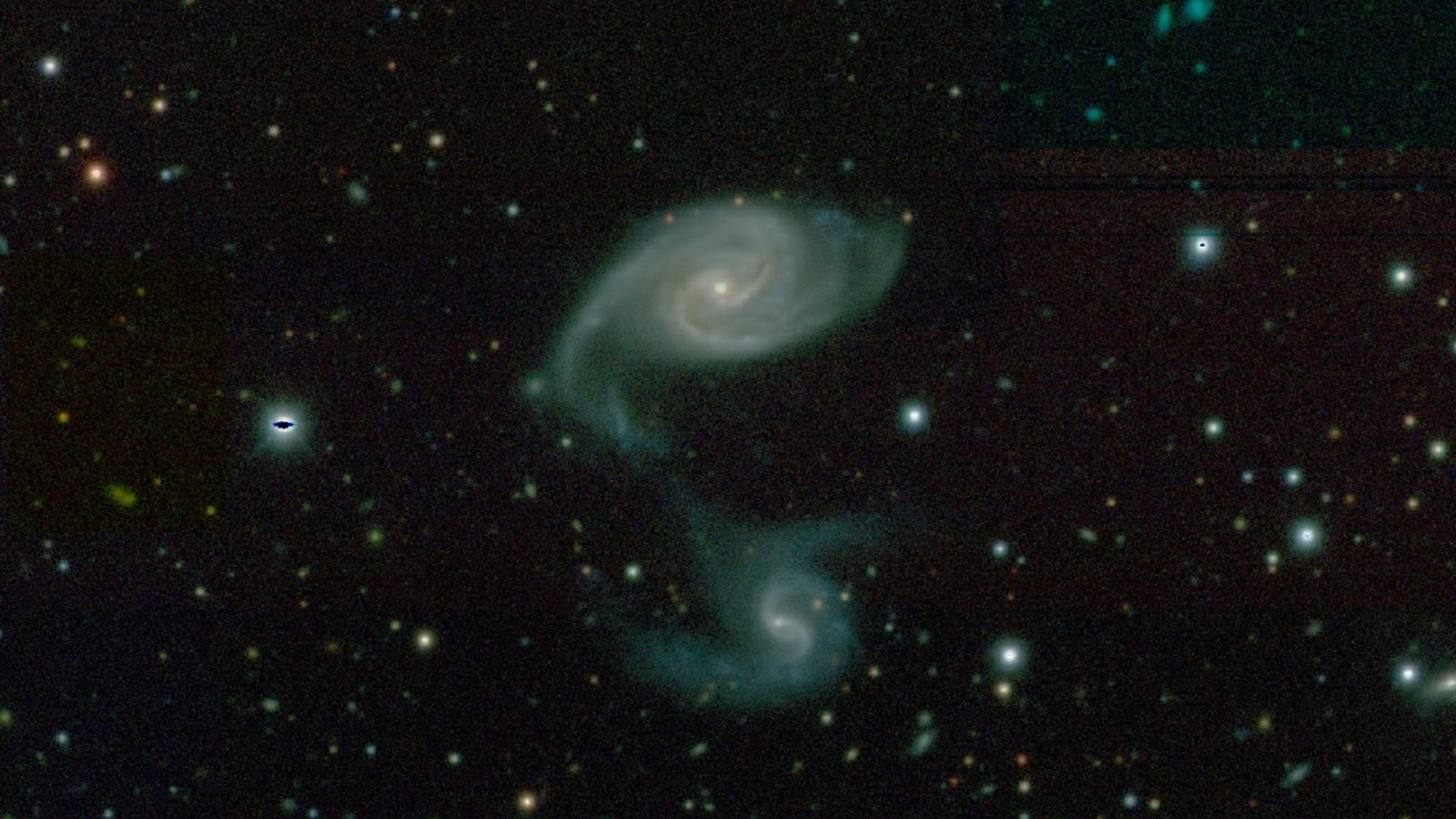 When it was time to celebrate the 20th anniversary of the Star Wars trilogy, director George Lucas was prompted by technological leaps in the filmmaking industry to produce a digitally remastered special edition.

Today scientists of the DECam Legacy Survey released their own version of a special edition. They published the first in a series of catalogs that offer an update to images of the night sky originally taken with the 15-year-old camera of the Sloan Digital Sky Survey.

In the spirit of the new information age, the survey will share frequent updates on its public website. With its Sky Viewer, users can explore the contents of the universe, whose busyness might surprise anyone accustomed to bland skies polluted by city lights.

Site visitors can choose whether they want to look at false-color images or theoretical models of the sky, or see the difference between the two. The website also contains a map of dust emissions in the Milky Way based on data first reported in one of the most cited journal articles of all astrophysics.

Similar exploration tools exist for the image archives of SDSS and the Hubble telescope. However, these data became publicly available only after a period of restricted use by a limited group of researchers.

“The Legacy Survey is unique in that it doesn’t have any proprietary restrictions,” says David Schlegel of Lawrence Berkeley National Laboratory, who initiated the new project together with Arjun Dey, a staff astronomer at the National Optical Astronomy Observatory. “Raw images will appear the day after they were taken, and we plan on releasing processed versions every three to six months.”

The Legacy Survey’s image archive will eventually cover one third of the sky. Hopes are that it will serve scientists around the world in a multitude of studies, from explorations of the structure of our Milky Way galaxy to analyses of our universe’s mysterious dark energy that accelerates the cosmic expansion.

Today’s data release is the outcome of the survey’s first observations with the 520-megapixel Dark Energy Camera, or DECam, which is mounted on the Blanco telescope in Chile. Additional snapshots will be also taken with cameras of the Bok and Mayall telescopes in Arizona. The experiments began last fall and will take place on a total of over 500 nights spread out over three years.

Processing mixed-quality data from three different telescopes collected under varying observation conditions will be a big challenge for the scientists.

“Given the large area of the sky we want to cover and the limited experimental time we have been assigned, we can only take three images of each part of the sky,” says Legacy Survey member Dustin Lang of Carnegie Mellon University, who developed new image processing techniques that describe the observations with theoretical models. “We need to make the most of our data, no matter whether the observation conditions are good or bad on a given night.”

Researchers want to link the images of stars, galaxies and other cosmic objects to complementary information they collect with spectroscopy, the analysis of light emissions. This includes, for instance, redshifts that measure how fast objects are moving relative to us, information crucial for dark energy studies.

After three years are up, the Legacy Survey should live up to its name. The information it gathers will live on as a guide for a new surveyor, the Dark Energy Spectroscopic Instrument, whose redshift measurements will chart the expansion history of the universe over the last 10 billion years of cosmic time.

Technicians on the Sloan Digital Sky Survey may be the last members of a spectroscopic survey to use hand-plugged fiber plates.