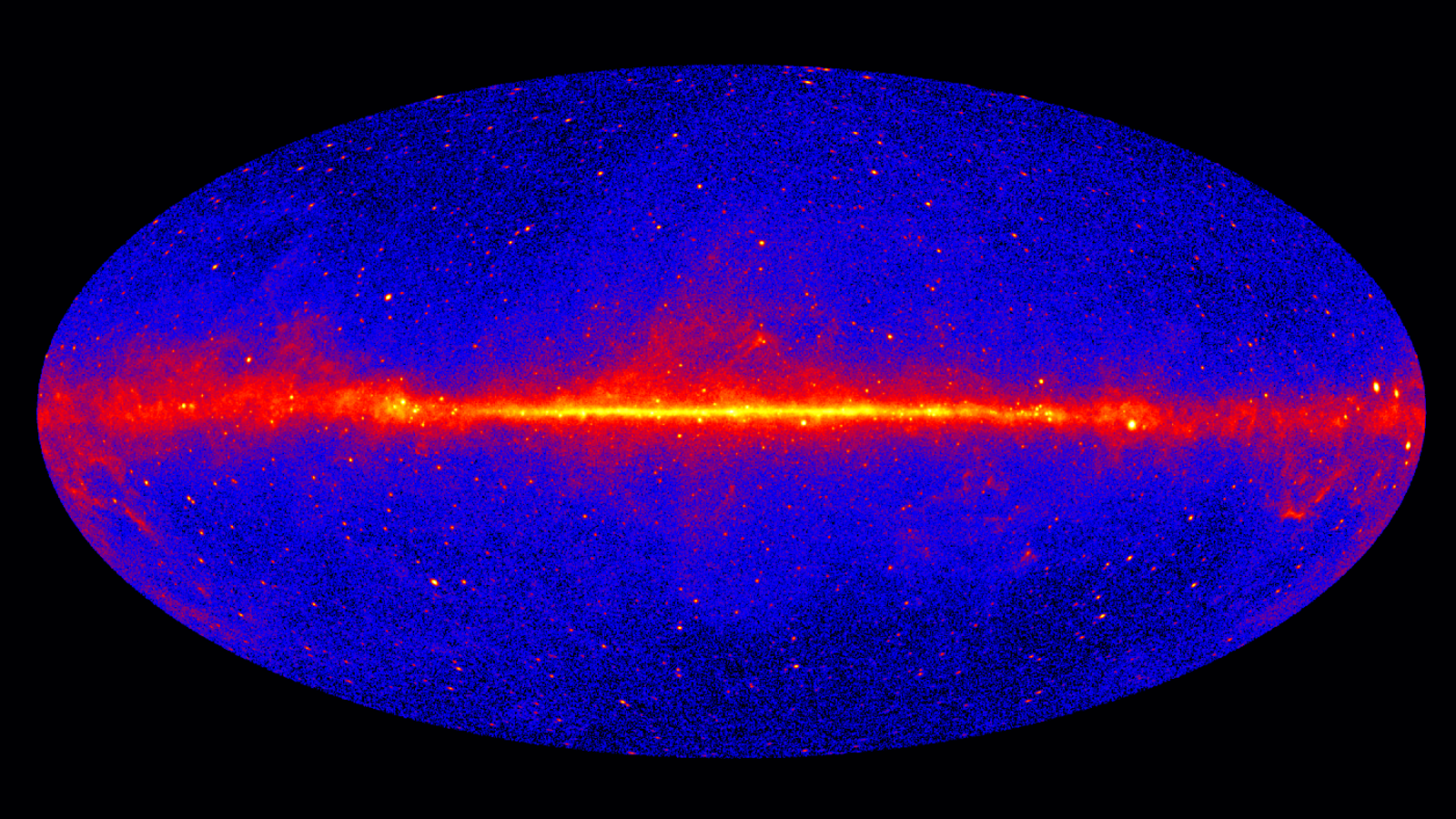 Maps from the Fermi Gamma-ray Space Telescope literally show the universe in a different light.

Gamma rays are the highest-energy form of light in the cosmos. They come from jets of high-energy particles accelerated near supermassive black holes at the centers of galaxies, shock waves around exploded stars, and the intense magnetic fields of fast-spinning collapsed stars. On Earth, gamma rays are produced by nuclear reactors, lightning and the decay of radioactive elements.

From low-Earth orbit, the Fermi Gamma-ray Space Telescope scans the entire sky for gamma rays every three hours. It captures new and recurring sources of gamma rays at different energies, and it can be diverted from its usual course to fix on explosive events known as gamma-ray bursts.

“What you see in gamma rays is not so predictable,” says Elliott Bloom, a SLAC National Accelerator Laboratory professor and member of the Kavli Institute for Particle Astrophysics and Cosmology (KIPAC) who is part of a scientific collaboration supporting Fermi’s principal instrument, the Large Area Telescope.

Teams of researchers have identified mysterious, massive “bubbles” blooming 30,000 light-years outward from our galaxy’s center, for example, with most features appearing only at gamma-ray wavelengths.

Scientists create several versions of the Fermi sky maps. Some of them focus only on a specific energy range, says Eric Charles, another member of the Fermi collaboration who is also a KIPAC scientist.

“You learn a lot by correlating things in different energy ‘bins,’” he says. “If you look at another map and see completely different things, then there may be these different processes. What becomes useful is at different wavelengths you can make comparisons and correlate things.”

But sometimes what you need is the big picture, says Seth Digel, a SLAC senior staff scientist and a member of KIPAC and the Fermi team. “There are some aspects you can only study with maps, such as looking at the extended gamma-ray emissions—not just the point sources, but regions of the sky that are glowing in gamma rays for different reasons.”