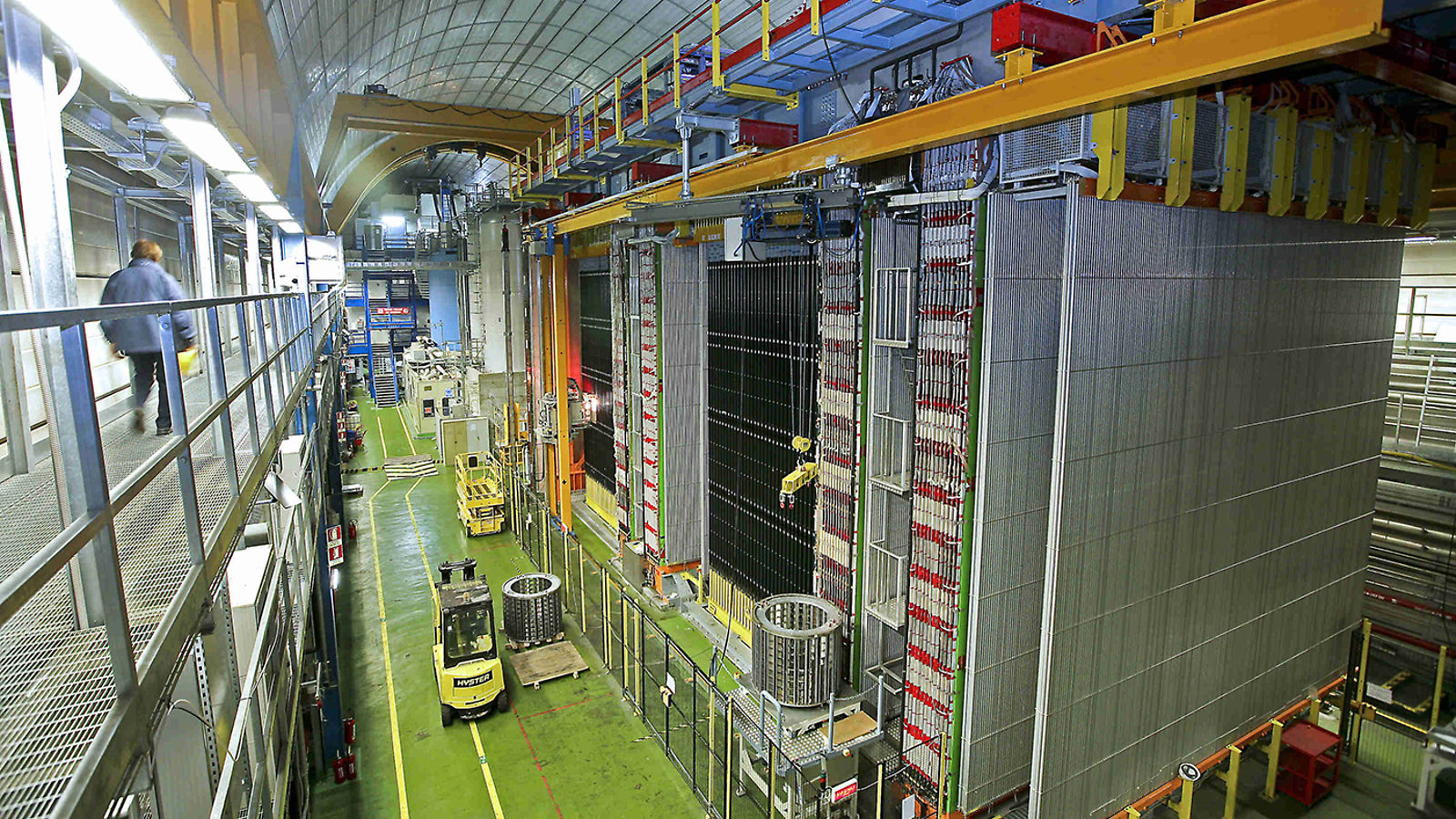 Today the OPERA experiment in Italy announced a discovery related to the behavior of neutrinos.

In 1998, the Super-Kamiokande experiment in Japan found the first solid evidence that neutrinos do not stick with any one flavor; they oscillate, or switch back and forth between flavors.

So scientists built an experiment that could see. The OPERA detector at the Italian National Institute for Nuclear Physics at Gran Sasso was the first that could catch an oscillated tau neutrino.

Between 2006 and 2012, the OPERA detector studied a beam of muon neutrinos produced about 450 miles away at CERN on the border of France and Switzerland. Traveling at almost the speed of light, the neutrinos had just enough time to change flavors between their point of origin and the detector.

Neutrinos can pass through the entire planet without bumping into another particle, but if you send enough of them through a large, sensitive detector, you can catch a small number of them per day.

In 2010, the OPERA experiment announced that it had found its first candidate tau neutrino coming from the muon neutrino beam. In 2012, 2013 and 2014, it announced its second, third and fourth.

Now the OPERA experiment has announced its fifth tau neutrino, bringing the result to the level of “discovery.” The probability that they would find five tau neutrinos in their data by chance is less than one in a million.

“The detection of a fifth tau neutrino is extremely important,” says spokesperson Giovanni De Lellis of INFN in Naples, in a press release issued today. “We can… definitely report the discovery of the appearance of tau neutrinos in a muon neutrino beam.”

Scientists will continue to analyze the data in search of additional tau neutrinos.