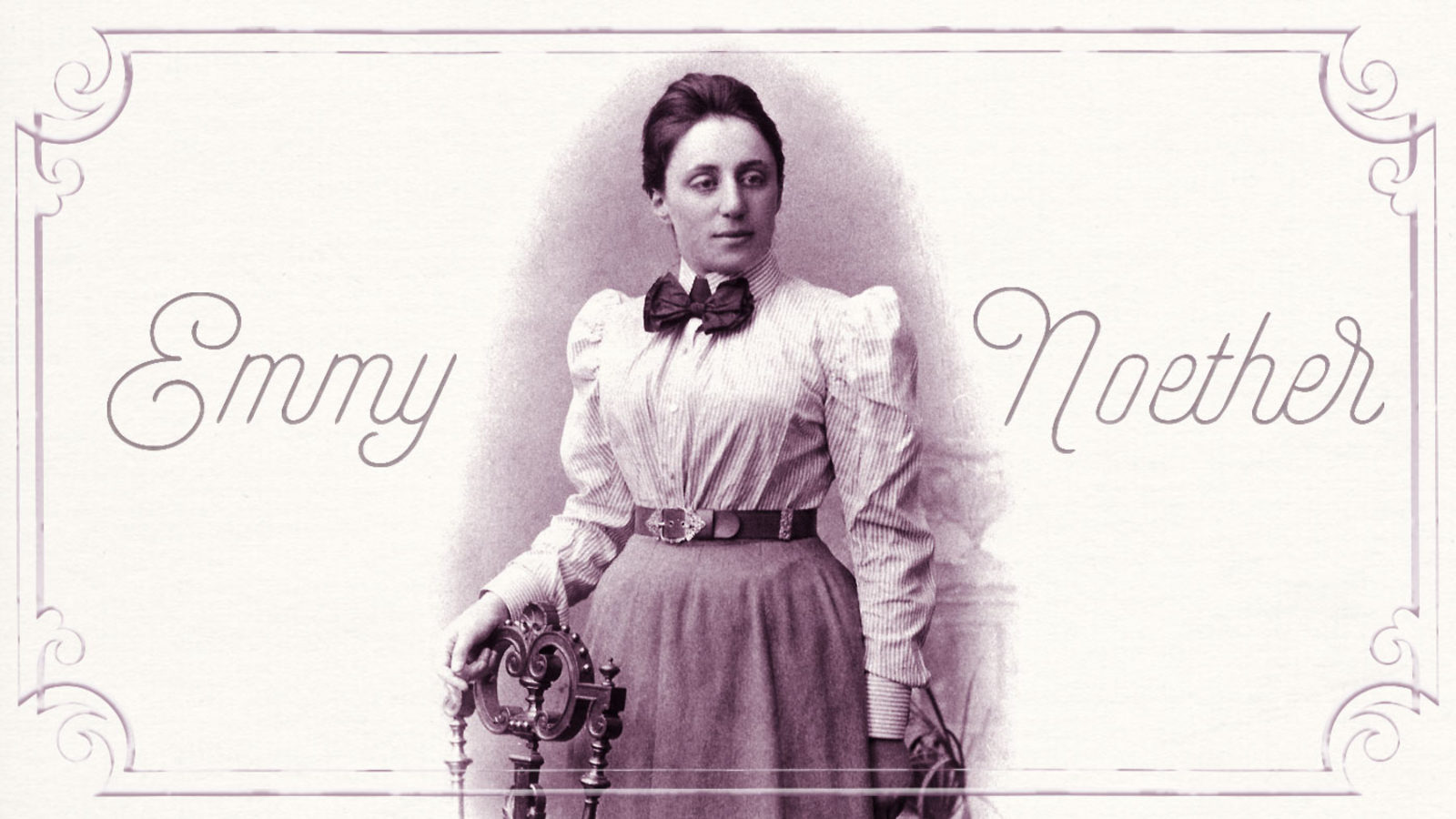 We are able to understand the world because it is predictable. If we drop a rubber ball, it falls down rather than flying up. But more specifically: if we drop the same ball from the same height over and over again, we know it will hit the ground with the same speed every time (within vagaries of air currents). That repeatability is a huge part of what makes physics effective.

The repeatability of the ball experiment is an example of what physicists call “the law of conservation of energy.” An equivalent way to put it is to say the force of gravity doesn’t change in strength from moment to moment.

The connection between those ways of thinking is a simple example of a deep principle called Noether’s theorem: Wherever a symmetry of nature exists, there is a conservation law attached to it, and vice versa. The theorem is named for arguably the greatest 20th century mathematician: Emmy Noether.

“Noether's theorem to me is as important a theorem in our understanding of the world as the Pythagorean theorem,” says Fermilab physicist Christopher Hill, who wrote a book on the topic with Nobel laureate Leon Lederman.

So who was the mathematician behind Noether’s theorem?

The life of Noether

Amalie Emmy Noether was born in Bavaria (now part of Germany) in 1882. She earned her doctorate in mathematics in 1907 from the University of Erlangen, which was a socially progressive institution for its day. She stayed at Erlangen to teach for several years, though without pay, as women were not technically allowed to teach at universities in Germany at the time.

One of the leading mathematicians of the age, David Hilbert, invited her to join him at the University of Göttingen, where she remained from 1916 until 1933. Liberalized laws in Germany following World War I allowed Noether to be granted a teaching position, but she was still paid only a small amount for her teaching work.

In 1933, the Nazi regime fired all Jewish professors and followed the next year by firing all female professors. A Jewish woman, Noether left Germany for the United States. She worked as a visiting professor at Bryn Mawr College, but her time in America was short. She died in 1935 at age 53, from complications following surgery.

Many of the leading male mathematicians and physicists of the day eulogized her, including Albert Einstein, who wrote in the New York Times, “However inconspicuously the life of these individuals runs its course, none the less the fruits of their endeavors are the most valuable contributions which one generation can make to its successors.”

Physicists tend to know her work primarily through her 1918 theorem. But mathematicians are familiar with a variety of Noether theorems, Noetherian rings, Noether groups, Noether equations, Noether modules and many more.

Over the course of her career, Noether developed much of modern abstract algebra: the grammar and the syntax of math, letting us say what we need to in math and science. She also contributed to the theory of groups, which is another way to treat symmetries; this work has influenced mathematical side of quantum mechanics and superstring theory.

Because their work relies on symmetry and conservation laws, nearly every modern physicist uses Noether’s theorem. It’s a thread woven into the fabric of the science, part of the whole cloth. Every time scientists use a symmetry or a conservation law, from the quantum physics of atoms to the flow of matter on the scale of the cosmos, Noether’s theorem is present. Noetherian symmetries answer questions like these: If you perform an experiment at different times or in different places, what changes and what stays the same? Can you rotate your experimental setup? Which properties of particles can change, and which are inviolable?

The greatest success of Noether’s theorem came with quantum physics, and especially the particle physics revolution that rose after Noether’s death. Many physicists, inspired by Noether’s theorem and the success of Einstein’s general theory of relativity, looked at geometrical descriptions and mathematical symmetries to describe the new types of particles they were discovering.

“It's definitely true that Noether's theorem is part of the foundation on which modern physics is built,” says physicist Natalia Toro of the Perimeter Institute and the University of Waterloo. “We apply it every day to deep and well-tested principles like conservation of energy and momentum.”

According to the law of conservation of electric charge, the total amount of electric charge going into an experiment must be the same as what comes out, even if particle types change or if matter hits antimatter and is annihilated. That law has the same symmetry that a circle has. A perfect circle can be rotated around its center by any angle and it looks the same; the same math describes the quantum mechanical property of an electron. If the amount of that rotation can change from place to place, the symmetry of a circle yields the entire theory of electromagnetism, which governs everything from the generation of electricity to the structure of atoms to matter on cosmic scales. In that way, Noether takes us from a simple symmetry to the world we know.

“Noether's theorem has even greater power than that,” Toro says, “in helping us to organize our thinking when exploring aspects of the universe where we don't yet know the basic laws. That's a tall order, and as we seek experimental answers to these questions, symmetries and conservation laws—tightly linked by Noether's theorem—are one of the few theoretical tools that we have to guide us.”