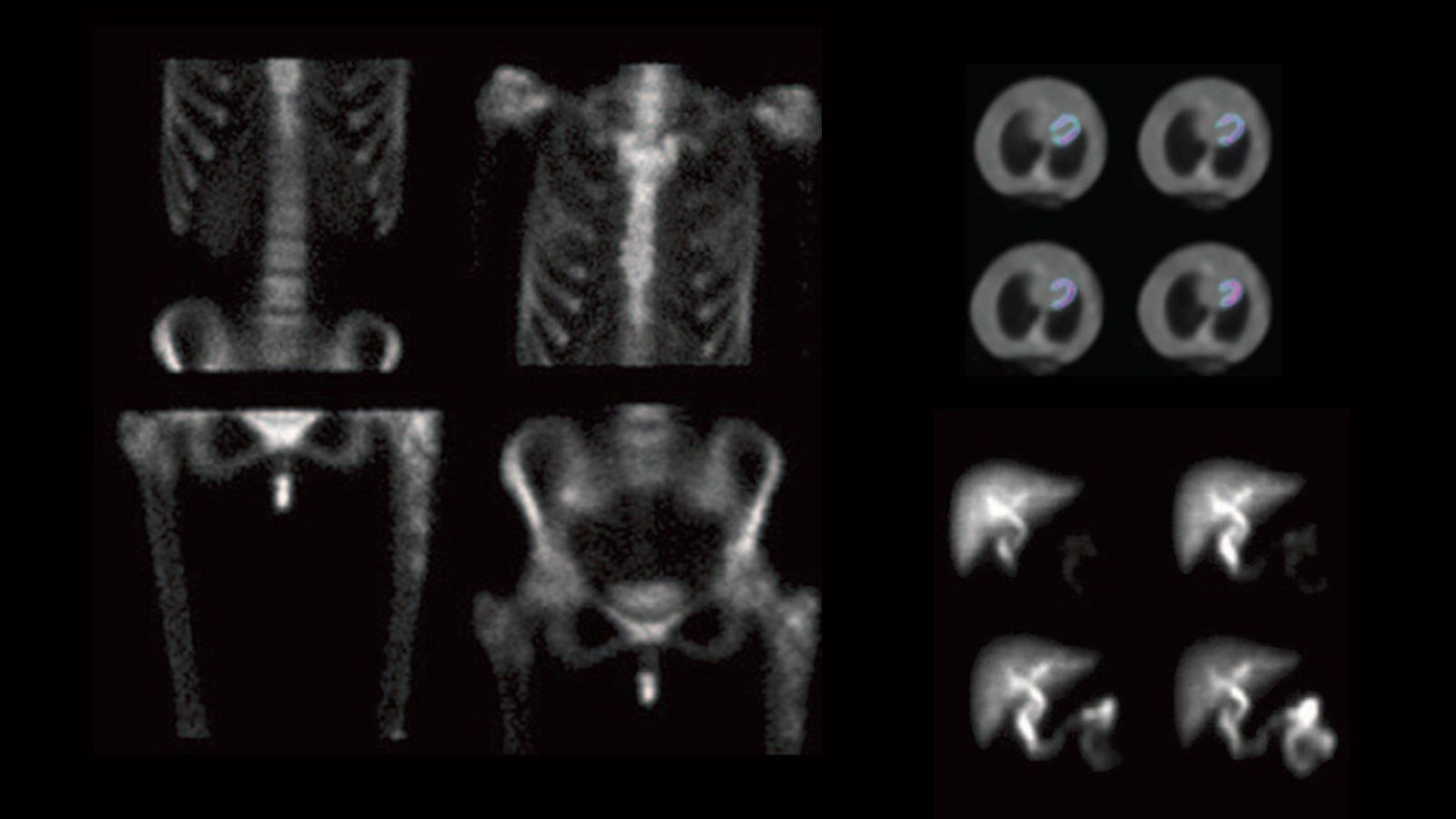 Each year, more than 5 million Americans take a nuclear heart stress test, which images blood flow in the heart before and after a brisk walk on a treadmill. The test allows doctors to visualize a lack of blood flow that may result from blocked or narrowed coronary arteries, which are linked to heart disease, the leading cause of death in the United States.

The test is conducted with a device called a gamma camera, which also helps diagnose dozens of other conditions, from arthritis to renal failure. Invented in the 1950s, gamma cameras used two 500-pound detectors the size of truck tires and cost hundreds of thousands of dollars. As a result, they were usually located only in regional medical centers.

But new options are available, thanks to a small company, a national laboratory and, in part, the rise and fall of both the Cold War and the Superconducting Super Collider.

The small company is Digirad, which a materials scientist started in 1985 as San Diego Semiconductors to create and develop applications for complex crystalline materials. Its name changed to Aurora Technologies in 1991 and to Digirad in 1994.

Sustained by a variety of government R&D contracts, the company’s most successful early product was a gamma-ray detector. In 1991, the Defense Advanced Research Projects Agency (DARPA) gave the company a contract to do more. The agency asked for a prototype portable gamma camera—a detector array with readout and display systems that could remotely determine the number of nuclear warheads contained within the nosecone of a missile. At the camera’s heart were cadmium zinc telluride crystals, which converted gamma rays into electrical signals.

Digirad’s portable gamma camera was to have been a key tool for verifying nuclear weapons reductions. But after the end of the Cold War, the government lost interest. DARPA halted its funding to Digirad in 1993. To survive, the company needed to diversify.

A University of California, San Diego physician who had seen a news story about Digirad suggested that the company repurpose the prototype into a revolutionary medical imaging device. That’s what Digirad set out to create.

To use a gamma camera, physicians first inject into the bloodstream a small amount of a short-lived radioactive isotope, which sends out gamma rays as it decays. The patient must then lay very still inside a hospital’s tunnel-like gamma camera for five to 30 minutes as its detectors record the isotope’s emissions and create images that show doctors where the patient’s blood is flowing or blocked.

With the help of a cooperative research agreement with SLAC National Accelerator Laboratory in 1994 and 1995, Digirad modified its warhead-detecting camera into a much smaller, lightweight version of the medical gamma camera. It unveiled its new product in 1997.

The camera worked, but its price was higher than hospitals could afford.

“Unfortunately, cadmium zinc telluride was just too expensive to use in a commercial product,” says Richard Conwell, then Digirad’s vice president for research and development.

Unbeknownst to Digirad, the solution to this problem had just been created at Lawrence Berkeley National Laboratory.

In the early 1990s, Berkeley Lab electrical engineer Steve Holland was working on silicon detector technology for use in the Superconducting Super Collider, a particle collider slated to be built in central Texas that would have been twice as large and powerful as today’s Large Hadron Collider.

Holland’s challenge was to develop a mass-producible low-noise diode component for the SSC's many charged-particle detectors that would sense matter streaming from the high-energy collisions inside the collider. He did it by creating a diode with a micron-thick electrical-contact layer on the back that could trap noise-creating impurities introduced during fabrication.

In 1993, Congress canceled funding for the Superconducting Super Collider. The silicon detector effort seemed doomed to fade into obscurity.

Moses was interested in making a compact gamma camera for diagnosing breast cancer. It turned out that Holland’s diode was just the thing needed to complete the design. The Berkeley Lab team, which included Moses, Rossington and Nadine Wang, described their device at a nuclear medicine and imaging conference in Albuquerque, New Mexico, in November 1997. Digirad scientist Bo Pi was in the audience.

Digirad negotiated with Berkeley Lab for an exclusive license to use Holland’s innovation in nuclear medicine. After developing new methods to manufacture the diode in commercial quantities, Digirad produced its first portable gamma cameras in 2000. Its business rejuvenated, Digirad went public in 2004.

Digirad’s portable camera is even valuable to hospitals that already have a large conventional gamma camera.

“I can roll it into any room in my hospital,” says Dr. Janusz Kikut, Associate Professor and Nuclear Medicine Division Chief at the Vermont Medical Center. “In many urgent or unstable cases, it is faster, safer and less expensive to use this portable camera instead of transporting the critically ill patients down to the nuclear medicine department.”

“Holland’s diode has been huge for us,” says Virgil Lott, Digirad’s head of diagnostic imaging. “It has enabled us to take faster, higher-quality gamma imaging much closer to millions of patients.” 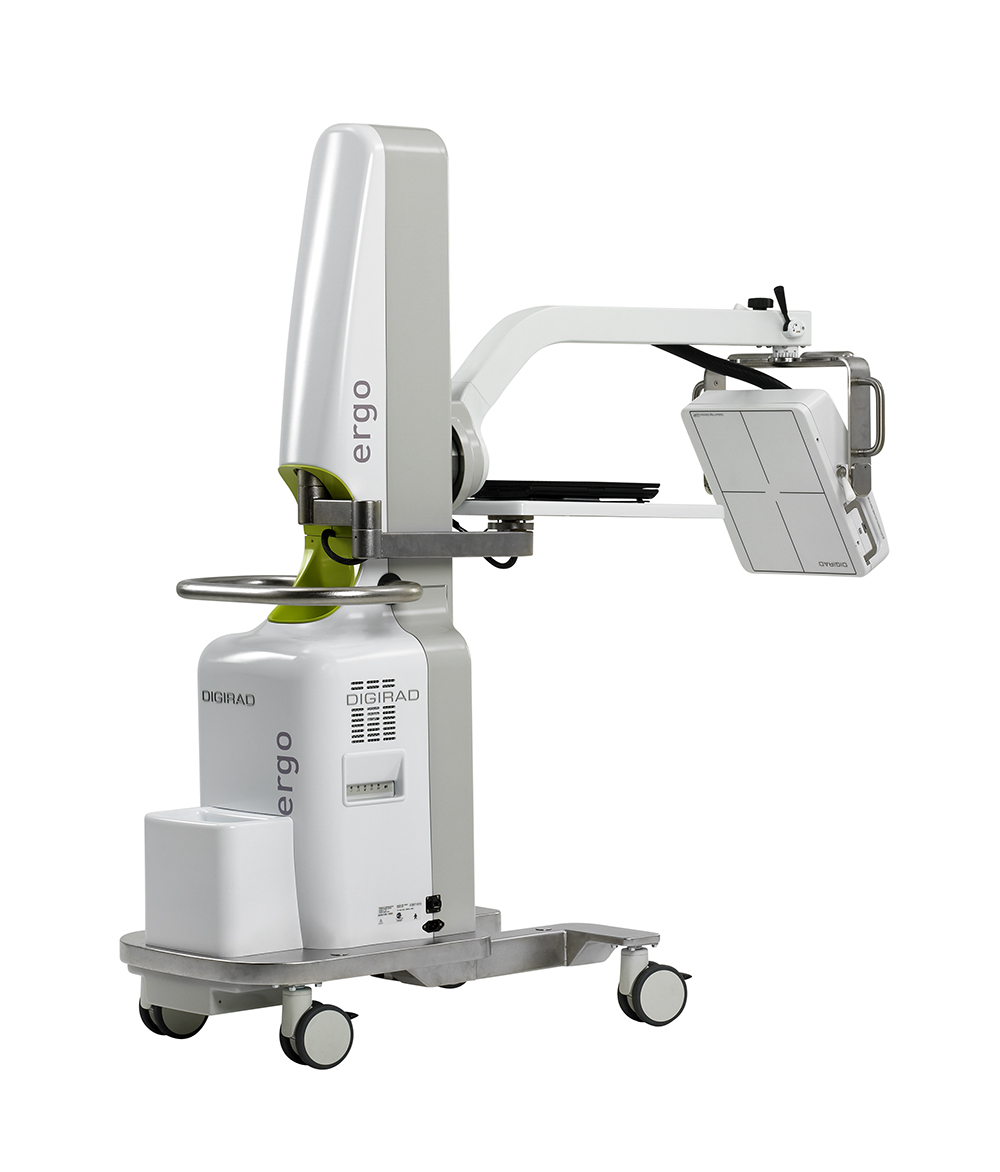 Digirad
Like what you see? Sign up for a free subscription to symmetry!
Follow
Use your browser’s print dialog box to create a pdf.
Latest news articles
Sky & Telescope