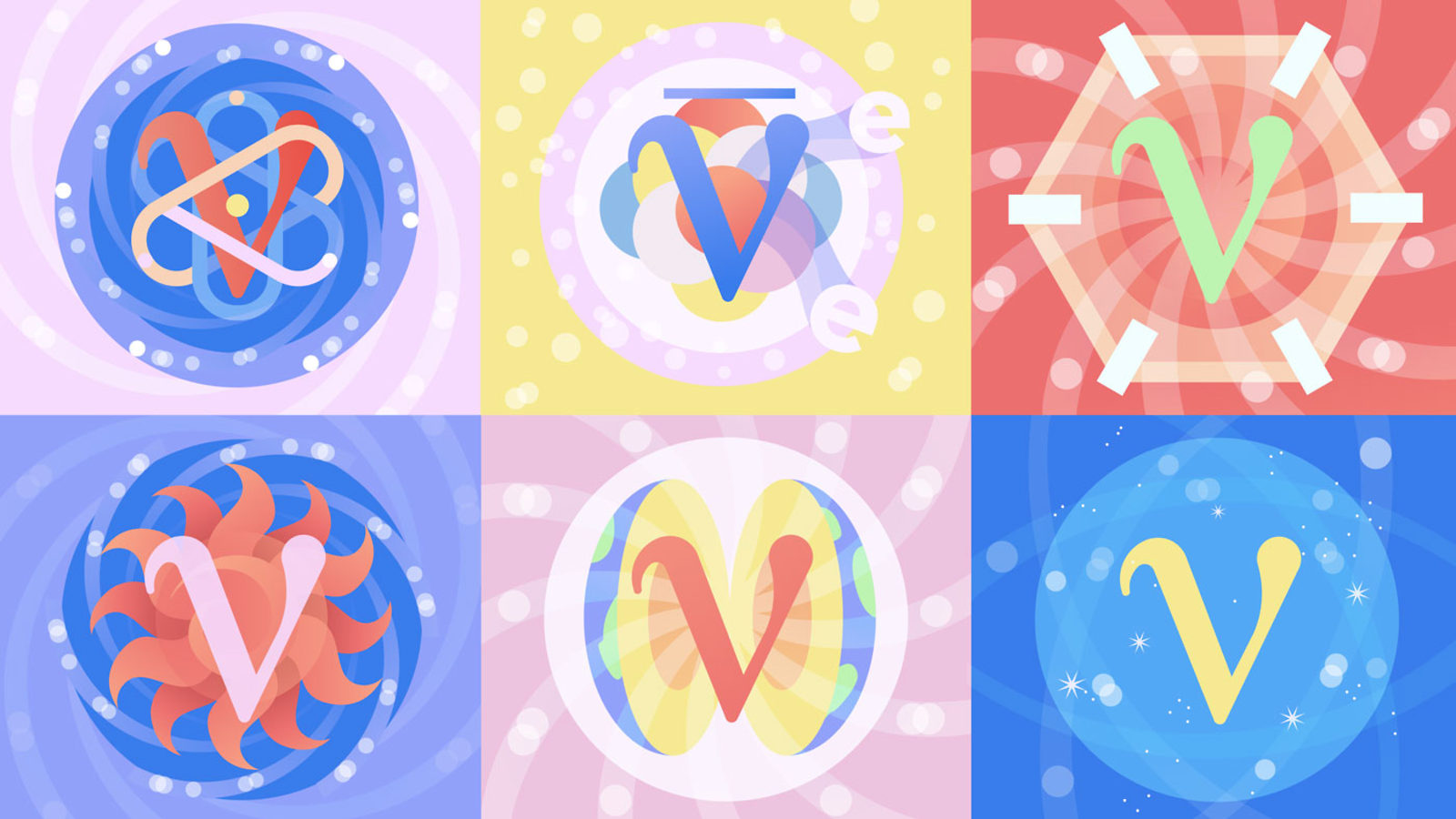 Sam Zeller sounds borderline embarrassed by scientists’ lack of understanding of neutrinos—particularly how much mass they have.

“I think it’s a pretty sad thing that we don’t know,” she says. “We know the masses of all the particles except for neutrinos.” And that’s true even for the Higgs, which scientists only discovered in 2012.

Ghostly neutrinos, staggeringly abundant and ridiculously aloof, have held onto their secrets long past when they were theorized in the 1930s and detected in the 1950s. Scientists have learned a few things about them:

But right now, there are still more questions than answers.

Zeller, one of thousands of neutrino researchers around the world and co-spokesperson for the neutrino experiment MicroBooNE based at Fermilab, says the questions about neutrinos don’t stop at mass. She writes down a shopping list of things physicists want to find out:

No single experiment can answer all of these questions. Instead, there are dozens of experiments looking at neutrinos from different sources, each contributing a piece to the puzzle. Some neutrinos stream unimpeded from far away, born in supernovae, the sun, the atmosphere or cosmic sources. Others originate closer to home, in the Earth, nuclear reactors, radioactive decays or particle accelerators. Their different birthplaces imbue them with different flavors and energies—a range so great, it spans at least 16 orders of magnitude. Armed with the knowledge of where and how to look, scientists are entering an exhilarating experimental time.

“That’s why neutrino physics is so exciting right now,” Zeller says. “It’s not as if we’re shooting in the dark or we don’t know what we’re doing. Worldwide, we’re embarking on a program to answer these questions. That path will make use of these many different sources, and in the end you put it all together and hope the story makes sense.” 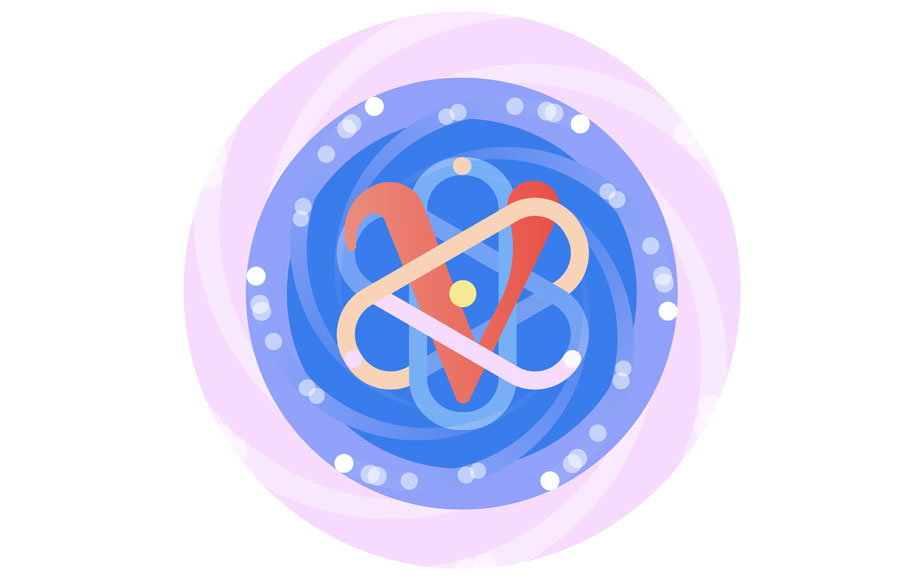 The first confirmation that neutrinos were more than just a theory came from nuclear reactors, where neutrinos are produced in a process called beta decay. A team of scientists led by Clyde Cowan and Frederick Reines found neutrinos spewing in a steady stream from reactors at the Hanford Site in Washington and the Savannah River Plant in South Carolina between 1953 and 1959.

Reactors have been useful for neutrino physics ever since, particularly because they produce only one kind of neutrino: electron antineutrinos. When studying the way particles change from one type to another, it’s invaluable to know exactly what you’re starting with.

Reactor experiments such as KamLAND, which studied particles from 53 nuclear reactors in Japan, echoed results from projects examining solar and atmospheric neutrinos. All of them found that neutrinos changed flavor over time.

“Once we know that neutrinos are oscillating, that gives us the strongest evidence that neutrinos are massive,” says Dan Dwyer, a scientist at Lawrence Berkeley National Laboratory and researcher on the international Daya Bay Reactor Neutrino Experiment based in China.

Such projects now look for the way neutrinos change and for hints about their relative masses.

Because reactor experiments allow for precision, they’re also ideal to hunt for a fourth type of particle—the yet unobserved sterile neutrino, thought to interact only through gravity. 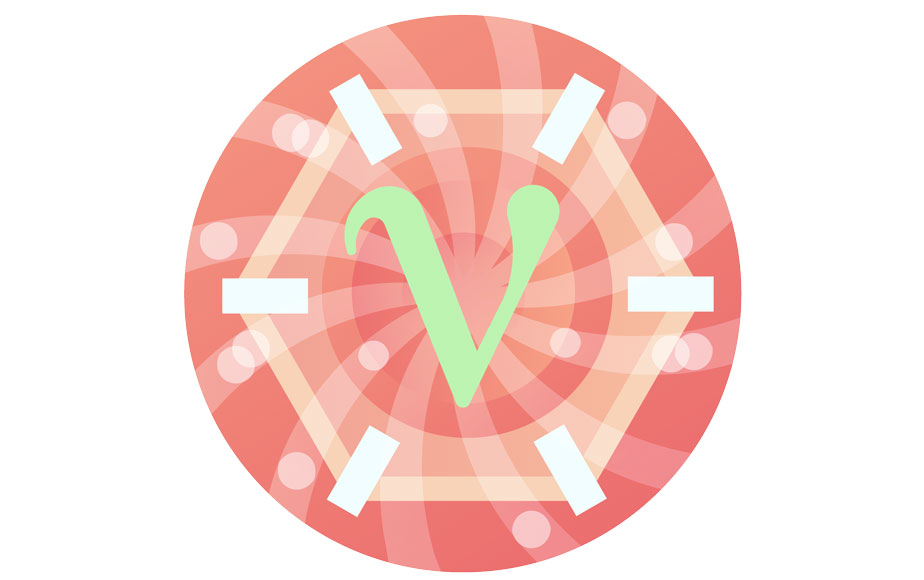 Reactor neutrinos aren’t the only way to look for additional neutrinos. That’s where the powerhouse of neutrino research—the accelerator—comes in.

Scientists can use a beam of easier-to-control particles such as protons to create a beam of neutrinos.

First, they accelerate the protons and smash them into a target. The energy released in this collision converts to mass in the form of a flood of new massive particles. Those particles decay into less massive particles, including neutrinos.

Before the massive particles decay, scientists use magnets to focus them into a beam. Afterward, they use blocking material to skim off unwanted bits while the neutrinos—which can pass through a light-year of lead without even noticing it’s there—flow freely through.

Both types of experiments look at how neutrinos oscillate. At short distances, neutrinos are less likely to have changed flavors, though the influence of undiscovered new particles or forces might affect that rate. At long distances, neutrinos are more likely to have changed after traveling for a few milliseconds at nearly the speed of light. Oscillation patterns can give scientists clues as to the masses of the different types of neutrinos.

Oscillation studies over long distances, like Japan’s T2K experiment or the United States’ NOvA experiment and proposed DUNE experiment, can help researchers find how neutrinos relate to antineutrinos. One method is to search for charge parity violation.

Scientists already know that CP is violated for one major building block of the universe: the quarks. Does the same happen for the other major family, the leptons? Neutrinos might hold the key. 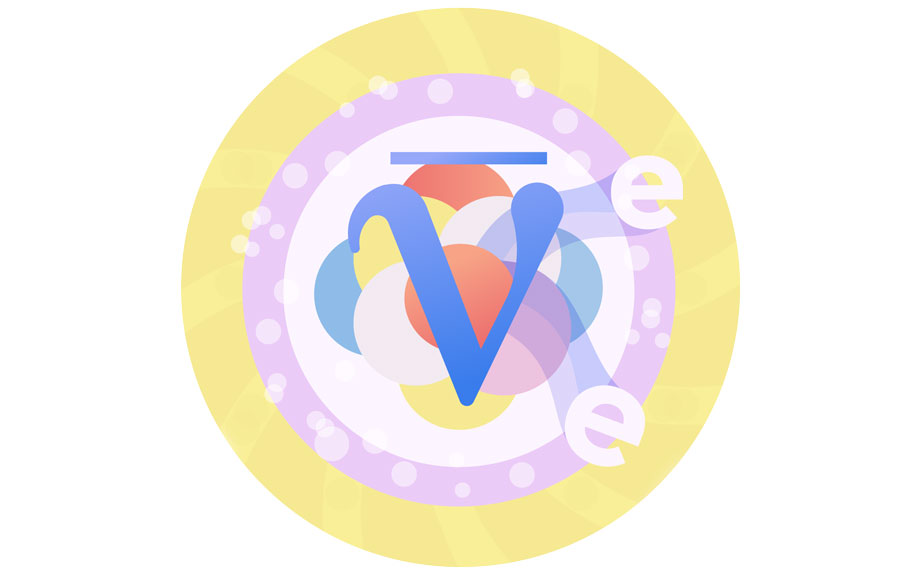 It’s odd that one of the most important questions regarding neutrinos can be answered only by looking for a process apparently lacking in neutrinos.

In neutrinoless double beta decay, a particle would decay into electrons and neutrinos, but the neutrinos would annihilate one another within the nucleus.

“If you see it, it tells you that neutrinos are different in a fundamental way,” says Boris Kayser, a theorist at Fermilab.

Neutrinoless double beta decay would occur only if neutrinos and their antiparticles were one and the same. No other fundamental particle of matter has this property.

“Neutrinos are very special,” Kayser says. “It could be that they violate rules that other particles don’t violate.”

Several experiments worldwide are under way to search for this process, with future generations planned.

A different experiment, KATRIN, hopes to find the masses of the neutrinos by looking at particular electrons. As a radioactive kind of hydrogen decays, it spits out an antineutrino and a partner electron. Scientists will use the world’s largest spectrometer to measure the energy of these electrons to learn about the neutrino. 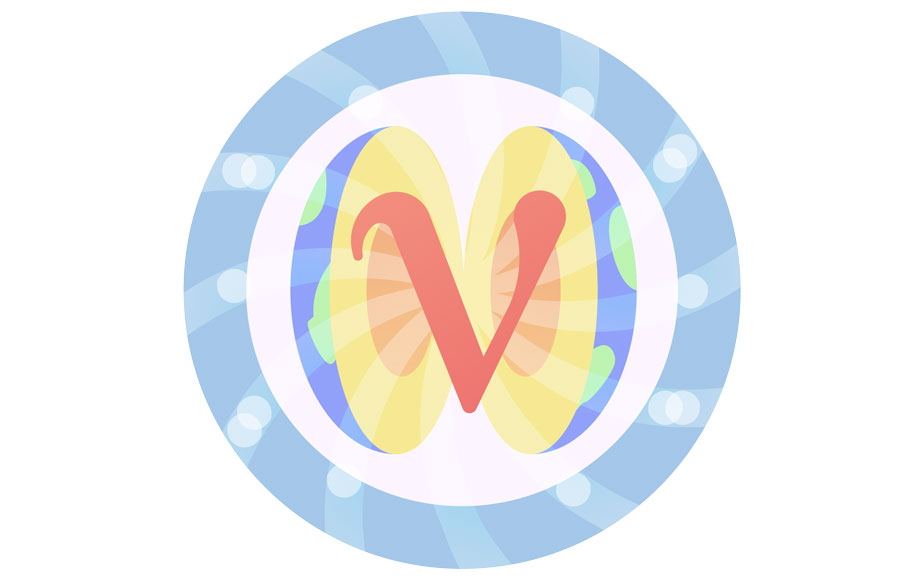 Unperturbed by magnetism or mass in their paths, neutrinos are perhaps the ultimate messengers of the universe. Once found, the particles point back to their origins, places scientists can’t otherwise see. Investigating these neutrinos provides insight into the particles themselves and is a useful way to probe the unknown.

Take the Earth as an example. Scientists can use detectors to capture geoneutrinos, typically low-energy electron antineutrinos, to learn about the composition of our planet without trying to drill miles below the surface. Because we’ve learned that neutrinos are born of particle decay, the number of geoneutrinos tells researchers how much potassium, thorium and uranium lurk below, heating our world. 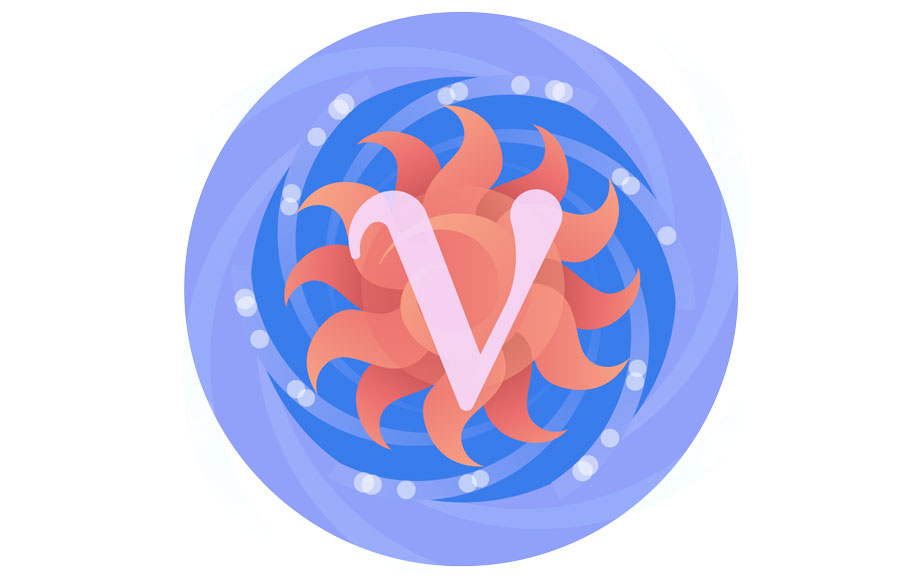 Neutrinos are also created in processes in the sun. But when Ray Davis built a solar neutrino detector filled with dry cleaning fluid, his experiment picked up only a third of the predicted neutrinos.

Modern solar neutrino experiments such as Italy’s Borexino provide insight into the core of the sun and help put limits on sterile neutrinos.

Others, like Japan’s Super-Kamiokande detector, can look at how solar neutrinos change when traveling through the earth versus neutrinos oscillating primarily in the vacuum of space.

“The reason that’s important is that if the neutrino interacts with matter in new, unknown ways, which is possible, then this effect would be changed,” says Josh Klein, professor of physics at the University of Pennsylvania. “It’s a very sensitive measure of new physics.” 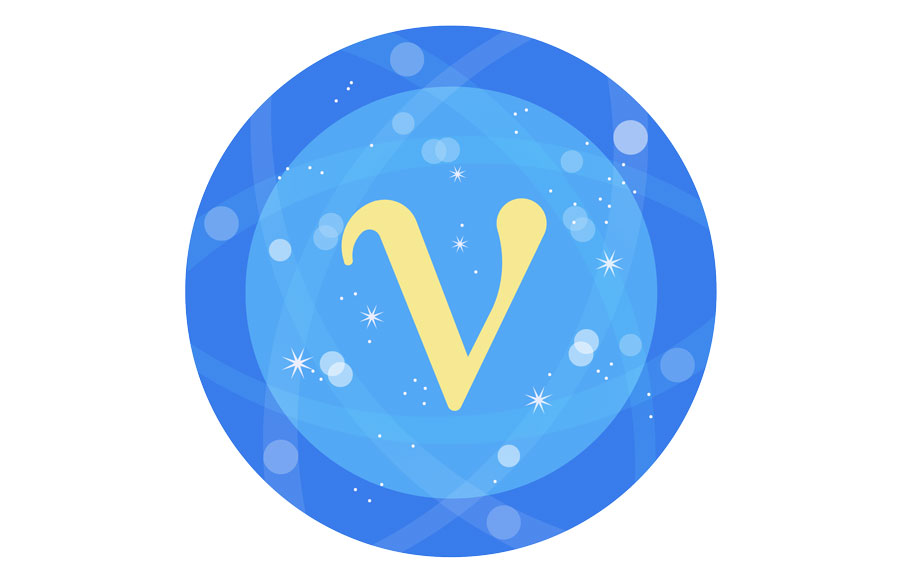 Cosmic neutrinos illuminate powerful phenomena occurring within our galaxy and beyond. Massive extragalactic neutrino hunting experiments, such as the IceCube experiment that sprawls across a cubic kilometer of ice in Antarctica, can find neutrinos that have oscillated over much longer distances than we can test with accelerators.

“We see neutrinos [with energies] from below 10 [billion electronvolts] to above a thousand [trillion electronvolts],” says Francis Halzen, physicist at the University of Wisconsin, Madison, and leader of IceCube. “Nobody has ever built something that covers this energy range of particles.”

Giant neutrino detectors like this one can look for sterile neutrinos and gather information on oscillations and mass hierarchy.

They’re also useful for understanding dark matter and supernovae, analyzing atmospheric neutrinos that form when cosmic rays hit our atmosphere and telling other astronomers where to point their telescopes if neutrinos from a supernova burst hit. Physicists learn properties of neutrinos, but the neutrinos in turn unlock secrets of the universe.

“Whenever we have made a picture of the universe in a different wavelength region of light, we have always seen things we didn’t expect,” Halzen says. “We’re doing now what astronomers have been doing for decades: looking at the sky in different ways.”

At the end of the day, why go to all this trouble for such a tiny particle? In addition to helping scientists probe the interior of the Earth or the far-off corners of the cosmos, neutrinos could hold the key to why matter exists today.

Scientists know that antimatter and matter are produced in equal parts and should ultimately have annihilated one another, leaving a dark and empty universe. But here we stand, matter in all its glory.

Sometime early in the universe’s history, an imbalance arose and shifted the scales toward a matter-dominated universe. If physicists find that neutrinos have certain characteristics—including CP violation—it could help explain why the universe turned out the way it did.

“They’re the most abundant massive particle in the universe,” Zeller says. “If you find out something weird about neutrinos, it’s bound to tell you something about how the universe evolved or how it came to be the way we observe today.”

Check out our printable poster about neutrinos.