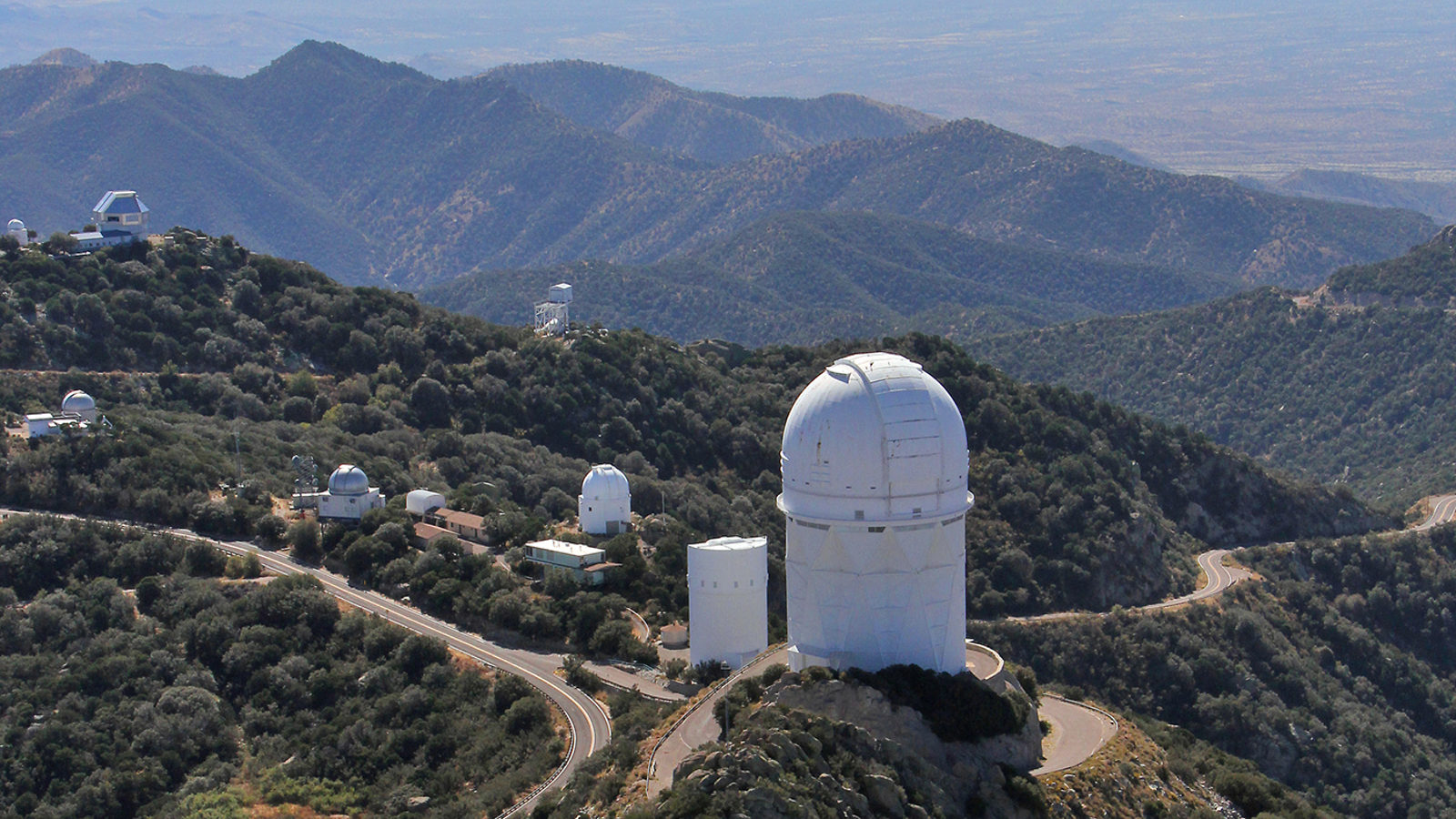 Five thousand pencil-shaped robots, densely nested in a metal hive, whir to life with a precise, dizzying choreography. Small U-shaped heads swivel into a new arrangement in a matter of seconds.

This preprogrammed routine will play out about four times per hour every night at the Dark Energy Spectroscopic Instrument. The robots of DESI will be used to produce a 3-D map of one-third of the sky. This will help DESI fulfill its primary mission of investigating dark energy, a mysterious force thought to be causing the acceleration of the expansion of the universe.

The tiny robots will be arranged in 10 wedge-shaped metal “petals” that together form a cylinder about 2.6 feet across. They will maneuver the ends of fiber-optic cables to point at sets of galaxies and other bright objects in the universe. DESI will determine their distance from Earth based on the light they emit.

DESI’s robots are in development at Lawrence Berkeley National Laboratory, the lead in the DESI collaboration, and at the University of Michigan.

The robots—each about 8 millimeters wide in their main section and 8 inches long—will be custom-built around commercially available motors measuring just 4 millimeters in diameter. This type of precision motor, at this size, became commercially available in 2013 and is now manufactured by three companies. The motors have found use in medical devices such as insulin pumps, surgical robots and diagnostic tools.

At DESI, the robots will automate what was formerly a painstaking manual process used at previous experiments. At the Baryon Oscillation Spectroscopic Survey, or BOSS, which began in 2009, technicians must plug 1000 fibers by hand several times each day into drilled metal plates, like operators plugging cables into old-fashioned telephone switchboards.

“DESI is exciting because all of that work will be done robotically,” says Risa Wechsler, a co-spokesperson for DESI and an associate professor of the Kavli Institute for Particle Astrophysics and Cosmology, a joint institute of Stanford University and SLAC National Accelerator Laboratory. Using the robots, DESI will be able to redirect all of its 5000 fibers in an elaborate dance in less than 30 seconds (see video).

In addition to precisely measuring the color of light emitted by space objects, DESI will also measure how the clustering of galaxies and quasars, which are very distant and bright objects, has evolved over time. It will calculate the distance for up to 25 million space objects, compared to the fewer than 2 million objects examined by BOSS.

The robots are designed to both collect and transmit light. After each repositioning of fibers, a special camera measures the alignment of each robot’s fiber-optic cable within thousandths of a millimeter. If the robots are misaligned, they are automatically individually repositioned to correct the error.

Each robot has its own electronics board and can shut off and turn on independently, says Joe Silber, an engineer at Berkeley Lab who manages the system that includes the robotic array.

In seven successive generations of prototype designs, Silber has worked to streamline and simplify the robots, trimming down their design from 60 parts to just 18. “It took a long time to really understand how to make these things as cheap and simple as possible,” he says. “We were trying not to get too clever with them.”

The plan is for DESI to begin a 5-year run at Kitt Peak National Observatory near Tucson, Arizona, in 2019. Berkeley and Michigan scientists plan to build a test batch of 500 robots early next year, and to build the rest in 2017 and 2018.